Glenn Beck used some eyebrow-raising props on his Tuesday show to explain...well, something: a chainsaw and a bunny.

Throughout the show, Beck kept referencing a seeming analogy that would use the bunny and the chainsaw. In one instance, he used the analogy while comparing the "five pillars" of President Obama's then-upcoming State of the Union address to the "five pillars of Islam."

"You'll never guess how many pillars the president is going to focus on tonight..five," Beck said. "Has anybody ever heard of the five pillars of Islam? Mr. President, now you're just poking people. I know that it has nothing to do with that, but you're just poking people. it would be like if I came out with a chainsaw and a bunny rabbit. Now, am I going to cut the cute little bunny rabbit in half? You'll have to find out."

Beck kept teasing viewers with the gruesome prospect, but, when he finally got to the bunny and the chainsaw, the denouement was rather confusing. He had someone saw off a part of a tree, which he used to preview his "own" State of the Union speech on Wednesday's show.

"Everything is embedded with our answer," he said, "...but sometimes you have to get a chainsaw to get to the answer."

Right after that, though, he said, "did we need to have the chainsaw to get the answer? No." 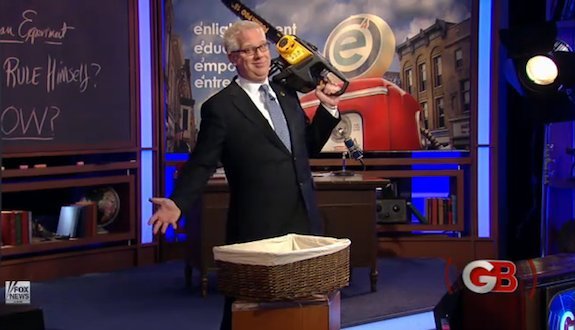 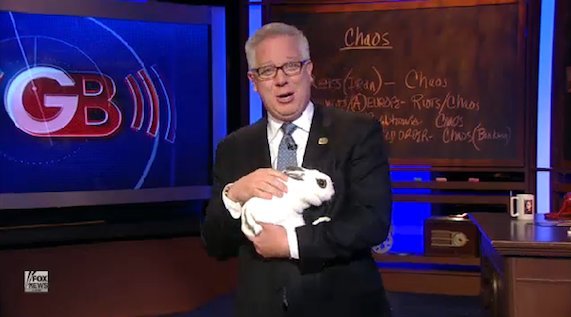