After “Game of Thrones,” the question of who winds up on the Iron Throne is over, but could Godzilla still take the Ivory Throne for itself?

“Godzilla: King of the Monsters” is basically two hours of giant titan fights, with Godzilla attempting to secure his throne from King Ghidorah as actors Kyle Chandler, Millie Bobby Brown and Vera Farmiga look on.

Following all the monster battles, there’s a credit sequence with fake headlines revealing what life is like with humans and giant monsters living side by side, including one that may have perhaps answered the “No. 2 question” about Godzilla:

The internet brings up the mystery every now and again, but the answers are just one big dump of different ideas.

In that final credit sequence, however, one of the fake headlines talks about titan waste being used as an energy resource — possibly, and finally, confirming that Godzilla makes the god of all dookies.

“Oh my god,” said director Michael Dougherty when we asked him if this was confirmation that Godzilla poops.

Unfortunately, the director said to hold the excitement.

“Well, it doesn’t say ‘Godzilla waste.’ It says ‘titan waste,’” Dougherty explained. “It doesn’t say what the waste was, either. They might have waste of an entire different sort. I can’t answer whether or not Godzilla poops. I feel like that’s something for the next director to worry about.”

However, the headline isn’t a total waste of time, as Dougherty confirmed other titans were, in fact, going potty.

“I’m pretty sure some of the other titans, for sure,” he said.

Though that Godzilla mystery lives on, Dougherty was able to clear up some other unanswered questions:

Was there a Jay-Z and Kanye West reference in the credits?

Another one of those fake headlines from the credits asks, “What is a king to a god,” teasing the upcoming battle between King Kong and Godzilla in “Godzilla vs. Kong.” It also seems to reference a Jay-Z and Kanye West song, “No Church in the Wild,” which contains a similar lyric.

“Yes, that was a little reference,” Dougherty confirmed.

“‘What is a king to a god?’ I find that phrase, that question, so poetic and elegant and powerful. I think you could turn it on its head and say, ‘What’s a king without a god,’ but it’s just so strangely perfect to help define the relationship between Godzilla and Kong.”

After turning King Ghidorah into a happy meal in the movie, Godzilla appears to belch one out in all his radioactive, giant lizard glory.

Dougherty said he believes the burp was more of a “brain freeze,” but explained how the moment when Godzilla eats Ghidorah was actually inspired by “Conan the Barbarian.”

“When Arnold Schwarzenegger lops off James Earl Jones’ head, raises it up in front of his thousands of followers and then just throws it down the stairs like a bowling ball, it was such a defining moment for that character to say, ‘I’m in charge now,’ so I wanted to do the same thing with Godzilla. His final vanquishing of Ghidorah, like what’s the most humiliating way for Ghidorah to go out?”

He continued: “There’s no more humiliating way to go out than being eaten by your enemy. So it was a combination of, ‘We’ve never really seen Godzilla have a meal.’ He’s sort of bitten into an opponent, but never actually gotten to savor a bite, so we really took that ball and ran with it.”

As for the burp-brain freeze at the end, Dougherty said, “The sort of aftermath of finishing off Ghidorah’s final head was I think a little touch that the animators had fun with.”

Are Mothra and Godzilla a couple?

In the movie, it’s somewhat suggested that Godzilla and Mothra are an item, but Dougherty told us it’s more of a symbiotic relationship.

“They are the king and the queen of monsters, and I think they have a very tight companionship and a very proud and long alliance with each other. I’m fascinated with the idea that members of two completely different species can have very symbiotic relationships with each other. We see it in nature all the time, so I thought it only makes sense to carry that scientific aspect to giant creatures.”

The director added little details to solidify the partnership between Godzilla and Mothra.

“If you look at the eye spots on Mothra’s wings, they’re actually Godzilla’s eyes. And that’s taken from nature. Different sorts of butterflies and moths will have these brilliant eye spots and mimic the eyes of owls or other predatory creatures as a way to ward off other creatures.”

Godzilla is the undisputed king of monsters in this film, even corralling the other titans to live alongside humanity relatively peacefully. With that in mind, could King Kong actually compete in the upcoming showdown between the two?

“Listen, I get how people would love to sort of dismiss Kong in a fight against Godzilla. You got to remember that Kong in the monsterverse is going to be much bigger than he has been in the past. ‘Kong: Skull Island’ established that he was still an adolescent, so he’s still be growing. And also, Kong is very intelligent. If you had Godzilla vs. Kong on ‘Jeopardy!,’ you’d probably have to lean towards Kong. That’s not to say that Godzilla’s dumb, but ... I think Kong’s got the advantage there.” 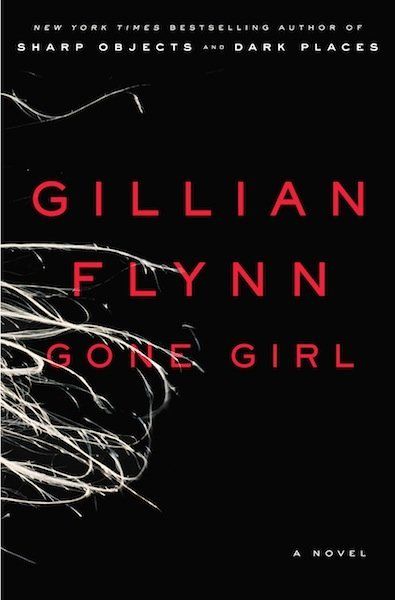 1 / 10
Both lead characters in Gone Girl
Last summer's bestselling mystery (and still going strong!) that everyone couldn't stop talking about. It will make you wonder how well you really know the ones you're closest to and how they view the world.