ATHENS, Greece -- Five armed commandos wearing hoods and masks, without insignia, appeared on a speedboat in international waters off the Greek islands of Lesbos last Friday and attacked four dinghies carrying about 200 refugees, among them women and children.

The commandos smashed the engines off the rubber boats with military discipline. Then the masked men fled toward the shores of Lesbos. Some refugees who fell into the water swam alongside the dinghies while trying to push them toward the shore, but they didn't get very far. Without engines, the boats floated adrift at sea for eight long hours.

Peter Bouckaert, Human Rights Watch emergencies director, was on Lesbos when the attack happened and alongside other volunteers assisted in the rescue operation.

"Three boats reached Turkish shores with the assistance of the Turkish coast guard and volunteers, and one ended up in Lesbos," Bouckaert said.

“The coast guard doesn't always intervene,” he added. “On Friday, when the coast guard speedboats came, they saw the smashed engines and when they realized that there were no people in the water, they left."

Violent attacks like these have been taking place at least once a week over the summer months, according to Bouckaert. "In all these incidents, the hooded men come by boat from the Greek shores and return there,” he said.

In August, WorldPost reporter Sophia Jones encountered several refugees who had been attacked by masked men armed with guns and whips while making the crossing.

"They shot at the boat with three bullets," Mohamed, one of the refugees, told her. "They hit us with six-meter-long sticks. They circled around us trying to flip our boat."

Last July, about 40 Syrian refugees filed a complaint that seven men dressed in black approached them in a speedboat, threatened them with guns and knives and stole the equivalent of about $39,700 dollars. They said the robbers smashed their engine and disappeared.

Greek authorities are trying to establish who is behind the raids, but they say the investigation is complicated by the fact that there is no evidence -- refugees are often too terrified to take photos of the commandos.

Security service personnel told HuffPost Greece that they believe many of the commandos belong to the extreme right.

Officials have two theories about the identities of the hooded men.

The first is that they come from small crime rings which prey on the island shores by stealing the engines from the dinghies on which the refugees arrive. These individuals usually lurk on beaches -- mainly at dawn -- and steal the engines or dinghies after the refugees have arrived, according to the coast guard. They then sell them on the black market.

The second theory is that the perpetrators are coast guard officers, who, acting on their own, use coast guard boats when they are off duty and attack dinghies, which are at sea, ferrying refugees.

Bouckaert has been summoned by the Greek coast guard to testify in the investigation. Based on his information -- which he said comes from conversations with traffickers, as well as refugee accounts -- he doesn’t believe the assailants are members of the coast guard.

“I think they are private persons, because they do not hesitate to enter into Turkish waters and push back the refugees. Official authorities would not risk entering foreign waters since it is illegal,” Bouckaert said.

The Greek islands of Lesbos, Chios, Kos and Leros have received the largest influx of refugees. Despite help from volunteers, NGOs and the Greek government, the islands have been struggling to accommodate the ever increasing numbers of people.

Danae Leivada contributed to this report. It originally appeared on HuffPost Greece and was translated into English and edited for clarity.

More on the refugee crisis in Greece:

- The Two Faces Of Greece's Response To The Refugee Crisis
- Greek Entrepreneurs Join Forces With NGO To Help Refugees
- Why Greece Shut The Shortest, Safest Route For Migrants And Refugees 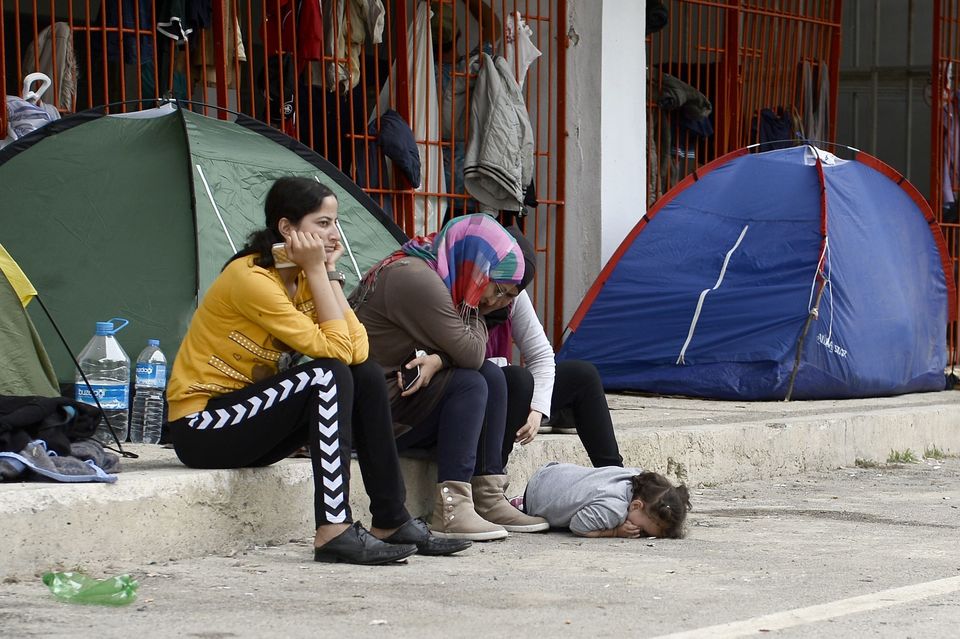