As the Gulf of Mexico oil spill continues to extend, concern is growing for the wildlife that stand in its path, especially since many of the coastal animals are currently in their reproductive seasons. We've compiled some of the animals most threatened by the spill. Do you live in an area affected by the oil spill? Send us your pictures of animals in the path of the spill using the participation button to the right. 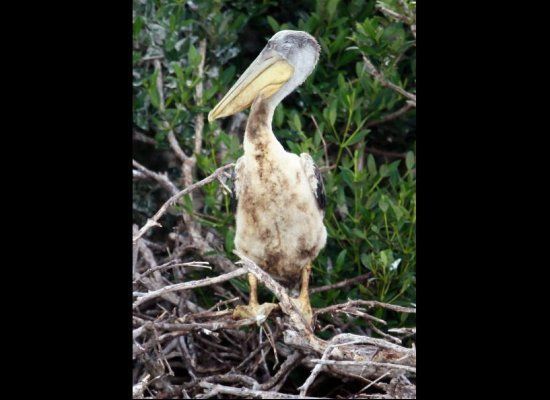 1 / 199
Gulf Coast Battles Continued Spread Of Oil In Its Waters And Coastline
GRAND ISLE, LA - JUNE 28: A pelican with stained feathers from oil of the Deepwater Horizon oil spill stands June 28, 2010 near Grand Isle, Louisiana. According to reports June 28, analysts are saying the economic damage from the oil may not impact the U.S. economy beyond the Gulf rregion. Millions of gallons of oil have spilled into the Gulf since the April 20 explosion on the BP leased oil drilling platform. (Photo by Joe Raedle/Getty Images)
Getty