Swiss photographer Gus Petro has tucked the isle of Manhattan inside the Grand Canyon, and plopped Midtown into the middle of Death Valley.

But the renderings look so believable, Petro says some people thought they were real.

It's all part of a three-part series he shot-- like another certain Swiss photographer before him-- during a trip across the United States:

In the end of 2012 I travelled to USA to experience something new. And it was something I didn't expect: emptiness and density.

'Merge' is the last part of a project series 'Empty, Dense, Merge' which explores two opposite feelings through the photos of places located in USA.

In this project two opposite places are merged into one: New York City, where, it seems like, everyone wants to live there, and Grand Canyon / Death Valley, which are unlivable.

"After showing the images, most of the people who haven't been in either place thought it was real," Petro explained to The Atlantic Cities. "They began questioning me where it is. I didn't expect that for sure."

Check out the images below.

[VIA The Atlantic Cities] 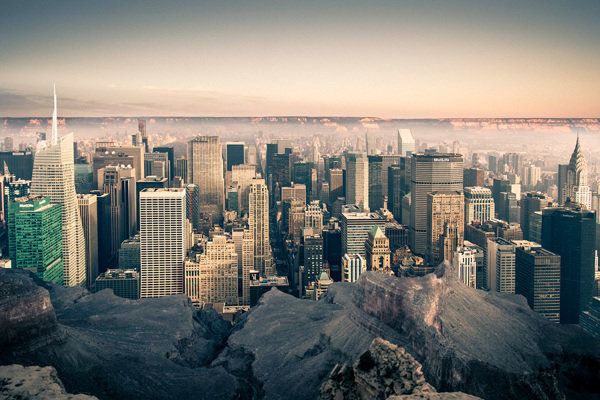