Halle Berry joined designer Michael Kors on Saturday night to celebrate her efforts with the United Nations World Food Programme to help fight world hunger. Her baby bump made an appearance (ICYMI, the actress is pregnant with fiancé Olivier Martinez's baby), and was joined by other fabulous ladies.

Hilary Rhoda, Irina Shayk, Erin Heatherton and more models hit the red carpet wearing Michael Kors (naturellement). But it was Solange Knowles who really blew us away in a black blazer and sky-blue pants. In fact, Beyoncé's little sister may have upstaged Berry's baby bump (gasp!).

Of course, Halle Berry looked jaw-droppingly gorgeous in her plunging LBD that hit the style trifecta, showing off her décolletage, hugging that burgeoning bump and highlighting her toned legs at the same time. But Solange, whose covered-up jacket and pants was the complete opposite of sexy Halle, stole the style show. Her tailored Oxford shirt and blazer were conservative and prim, but her cloud-adorned pants added a touch of whimsy and her sky-high heels added just the right amount of sex appeal. 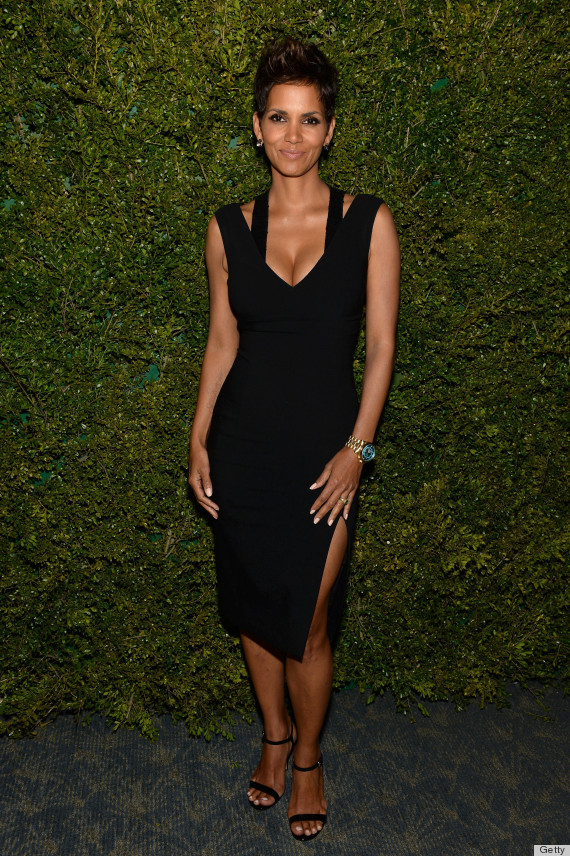 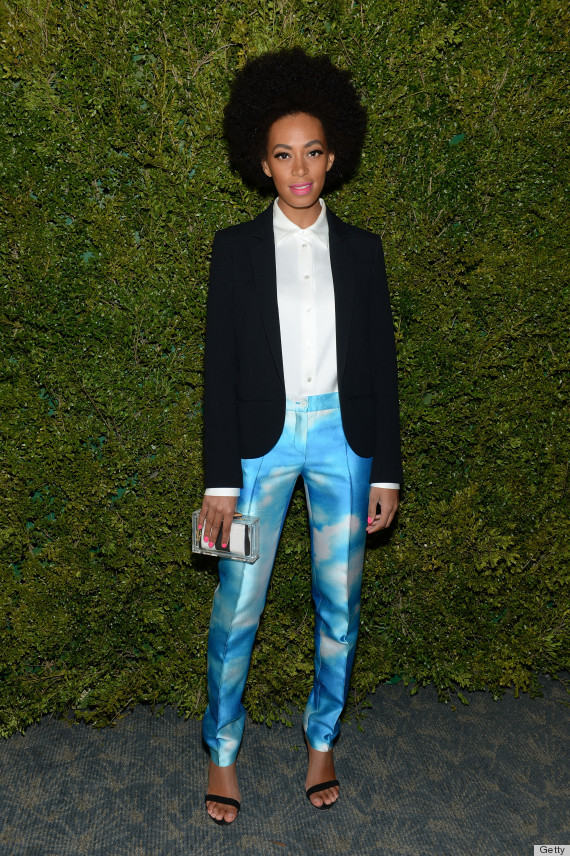 More photos from the fabulous event: