Although nothing feels better than jacking up the thermostat after exposure to bone-chilling winter temps, it’s safe to say winter takes a serious toll on our skin.

And sure, you may have already started to whip out that thick face cream out of your medicine cabinet. However, some ingredients in your trusty ultra-hydrating moisturizer may secretly be contributing to the dry and flaking skin you try so very hard to get rid of. Ingredients such as fragrances, synthetic dyes and parabens, for example, can cause irritation and burning, which is a major no-no when you’re already exposed to the harsh, cold air.

According to the Environmental Working Group, mineral oil is a liquid mixture of hydrocarbons obtained from petroleum. This ingredient, which is commonly used in cosmetics, can be a possible human immune system toxicant or allergen, according to EWG.

Additionally, board-certified dermatologist Rina Allawh suggested that while mineral oil is used in facial oils, body moisturizers and cosmetics, it can be specifically harmful to those with acne-prone skin.

“When mineral oil is used on the face, it may result in acne flares,” she explained. “This thick emollient has been shown to clog pores.”

You may find this seemingly safe ingredient lurking inside your daily moisturizer. However, the Agency for Toxic Substances & Disease Registry suggested that frequent skin exposure to this substance can cause unwanted irritation.

And yes, Allawh noted that propylene glycol does contain potent moisturizing properties. However, she added that it’s definitely not suitable for those who deal with sensitive or dry skin on a daily basis.

“This ingredient is found to be a common irritant,” she added. “Regular use of moisturizers containing this substance can lead to skin rashes, exacerbation of eczema and burning.”

Fragrances, without a doubt, are currently inside many of your scented moisturizing products. However, Allawh explained that this ingredient is also common irritant, leading to rashes, burning and itching.

And while fragrance can be listed as an ingredient on the back of moisturizing products, she added that some brands may not be as forthcoming about listing it on the product label.

“Fragrance may not be directly included on the product label, so I counsel my patients to examine the ingredient label for balsam of Peru,” she said. “This ingredient typically contains a strong, rich and sweet odor.”

Synthetic dyes or colors also can find their way inside moisturizing creams. The Environmental Working Group suggested that FD&C Yellow 6, for example, is a petroleum-based synthetic dye that is approved by the FDA to be used in pharmaceuticals, food and cosmetics.

However, board-certified dermatologist Sonia Batra suggested that while these ingredients may receive FDA approval for use, these same dyes and colors can also be harmful to the skin and human health.

“These colors can trigger allergies and irritation in the skin, and are suspected to be carcinogens,” Batra warned. “They are also banned in the European Union.”

According to the U.S. Food & Drug Administration, parabens are a family of chemicals that are typically used as preservatives in cosmetics, including moisturizer.

And while the FDA stated that it currently doesn’t have information stating that parabens used in cosmetics are harmful to human health, Batra warned that they can still have an adverse effect on your hormones.

“Parabens are preservatives commonly used in cosmetics, however, they may disrupt hormone production and have been linked to breast cancer,” Batra told HuffPost.

We’ve all seen those hilarious beauty memes on Instagram praising retinol left and right. However, board-certified plastic surgeon Melissa Doft warned that while retinol can be an integral part of any skin care regimen, it can cause issues for sensitive skin users in particular.

“Some patients may be more sensitive to moisturizers with retinol,” Doft told HuffPost. “If your moisturizer contains a high amount of retinol, you may want to consider using it every other day (instead of daily) during the winter.”

Alcohol is another common moisturizer ingredient to steer clear of, as board-certified dermatologist Kristin M. Baird suggested that it can make the skin drier than it already is.

“Gel moisturizers, containing alcohol, can be drying and dehydrating to the skin,” Baird told HuffPost. “This can counteract the degreasing effect, and cause oily skin to actually produce more oil.”

But benefits aside, she said that moisturizers containing this ingredient can cause damage to the skin if not used carefully.

“Alpha hydroxy acids in moisturizers can cause redness, swelling, itching and even skin discoloration,” she suggested. “This ingredient is best used under the supervision of a board-certified dermatologist.”

Although we’re encouraged to slather petroleum jelly all over our bodies after showering, Doft strongly advised against using moisturizing products containing this ingredient on your face.

“Petroleum tends to block pores, not allowing moisture to enter the skin and trapping dirt and oil in the skin,” she explained. “This can lead to the formation of blemishes and black heads.”

Like toning products, astringent creams and lotions can be used to reduce breakouts. However, board-certified dermatologist DiAnne Davis explained that overuse of these products can cause spell out trouble for your skin.

“The overuse of astringents tend to strip the skin of its natural oils,” David told the HuffPost. “This can result in increased dryness, irritation and a dull appearance to the skin.” Try to avoid astringent ingredients like isopropyl alcohol, witch hazel and salicylic acid.

If your favorite moisturizer has this odd-sounding ingredient on its ingredient list, you’ll want to avoid using it during the winter months, according to Davis.

“Rice flour contains starch properties that can dry out your skin, leaving behind a dull and tired appearance,” she explained.

Although lemons are a natural ingredient found in many brightening creams and moisturizers, Davis warned that the highly acidic nature of lemon juice can be very irritating to the skin.

“Lemon scents or ingredients can leave your skin dry, and can cause a burning sensation resulting in irritability and dryness,” she said.

You May Want To Think Twice About Getting Powder Gel Manicures

Gifts For Your Friend Who Loves, Hates And Loves To Hate Gwyneth Paltrow 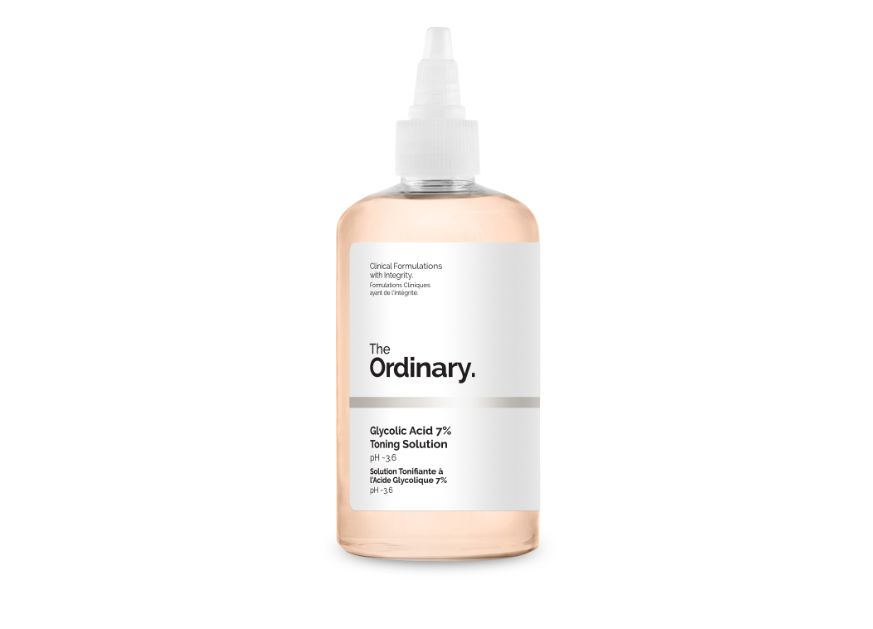