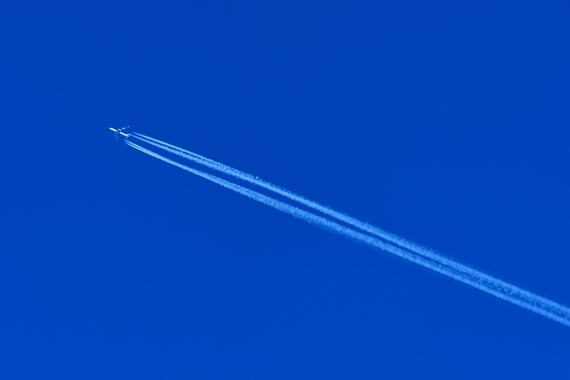 What has Washington done for airline passengers lately?

That's the question prompted by two recent political scandals that have touched the tourism world. But the answer -- or the lack of an answer -- may be far more troubling than the alleged misconduct.

First was news that Rep. Bill Shuster (R-Pa.), who chairs the House Transportation and Infrastructure Committee, is dating Shelley Rubino, an airline lobbyist. Consumer advocates claim the relationship has influenced Shuster's committee, including the adoption of a bill called the Transparent Airfares Act.

The other dust-up involves a report that the U.S. attorney's office in New Jersey is looking into allegations that United Airlines employees made improper attempts to influence an official of the Port Authority of New York & New Jersey by adding a revenue-losing flight from Newark to Columbia, S.C., to its schedule.

These incidents, and the fallout from them, are unlikely to affect your next flight, let alone your summer vacation. But they made me wonder whether air travelers were paying attention to what happens in Washington.

Does anyone care? I asked numerous travelers whether they could name one recent piece of legislation that helped them. The answer? Crickets.

So I turned to Airlines for America (A4A), an airline trade group. A spokeswoman offered responses that are unlikely to resonate with the average traveler. They include significant, but relatively obscure congressional achievements such as ending sequestration-related delays in 2013, restoration of the round-trip passenger security tax cap and the passage of the last budget, which included more than 800 customs officers for aviation.

I sent a note to Jim Billimoria, a spokesman for Shuster's committee, and asked for a list of its legislative accomplishments, besides the ones reported in the news recently. His answer was a link to a news release that touted the committee's recent measures to ensure that cellphones can't be used to make calls in cabins and efforts to save taxpayers money through the more efficient use of federal building space.

"When it comes to cellphones on planes," Shuster said in the news release, "tap, don't talk."

Perhaps that's why travelers seem underwhelmed. When arguably the most powerful travel committee in Washington answers a question about its achievements with "tap, don't talk," can consumers be forgiven for feeling as though Washington doesn't care? Instead of dealing with issues that really matter to travelers, legislators are nibbling around the edges, passing bills that make no noticeable difference to the average air traveler.

Sally Greenberg, the executive director of the National Consumers League, sees it as a massive, systemwide failure.

"There's no regulation or oversight of the airline industry," she says. "The Department of Transportation is a paper tiger. There have been no congressional hearings or oversight for the past five years."

Greenberg says Washington's biggest achievement was the 2011 adoption of a regulation that allows most air travelers to cancel their flights within a day of making a reservation, the so-called 24-hour rule, technically a regulation for which the Transportation Department is responsible. Another popular regulation, which requires airlines to disclose all mandatory fees at the time of the ticket purchase, would be undone if Shuster's Transparent Airfares Act becomes law.

"Passenger rights legislation can't get a hearing," agrees Paul Hudson, president of Flyersrights.org, a consumer advocacy organization. "Airline passenger representatives have been effectively barred from testifying on the airline and airport proposals to privatize air traffic control, abolish the TSA and return to private pre-9/11 security, wholesale FAA delegation of safety regulation to the industry and repeal the few DOT consumer protection regulations."

Hudson's group has a long list of legislative priorities. They include ending airline exemption from all state and local consumer protection laws, restoring regulations that minimized travel delays, and funding a passenger complaint hotline. But none of these ideas are likely to be seriously considered because, as Greenberg noted, Congress is "in bed" with the industry.

It's no wonder that Congress can't do anything for the average traveler, says Kevin Mitchell, president of the Business Travel Coalition, which advocates for business fliers. Members of Congress aren't rewarded just for supporting pro-airline agendas, like the recent industry push to block Persian Gulf carriers from competing with domestic carriers. Airlines return the love by making generous campaign contributions and coddling lawmakers and their staff with preferential treatment, waiving many ticket rules for them. Maybe, he adds, it's better off that air travelers are in the dark.

"The American people would be saddened and sickened to learn that members of Congress not only put their personal interests before their constituents, but also can go much further and inflict financial harm on all of the traveling public," he says.

The timing of these scandals could translate into bad news for the airline industry, says Charles Leocha, president of Travelers United, an advocacy group that I co-founded. The most obvious opportunity to affect airline policy, the upcoming Federal Aviation Administration reauthorization bill, is on this summer's agenda, and widespread unhappiness with the airline industry's undue influence on Congress could weaken its negotiating position.

The only way to ensure Washington does something? Apart from electing a new legislature, you can bypass Congress entirely.

"Complain, complain, complain," Leocha says. "Complain in writing to the Department of Transportation about packed planes, tight seating, hidden fees and cancellation and change fees. When DOT gets a series of complaints, they do spring into action."