If you don’t like lifeless hair, dandruff on your shoulders and plastics in your ocean, you can tackle all three in the shower.

Procter & Gamble announced Thursday that its Head & Shoulders shampoo bottles will be recyclable and made of up to 25 percent “beach plastics,” from trash removed from beaches, oceans, rivers and other waterways.

It will be the first shampoo bottle made from recycled beach plastics, according to the company’s press release.

“It’s important to understand how big of a disaster ocean plastics are. It’s horrendous,” Tom Szaky, founder of recycling company TerraCycle, told The Huffington Post. TerraCycle is partnering with P&G to make the bottles. “It creates problems for animals that eat them or get trapped in them. It’s a crisis, and I don’t think people understand the scale of it.”

The oceans will contain more plastics than fish by 2050, according to a report from the World Economic Forum. At least 8 million tons of plastic end up in the ocean each year. That’s like tossing the contents of one garbage truck into the ocean every minute.

The Head & Shoulder “beach plastic” bottles will be available in France this summer, with plans to expand to other countries after that.

While most shampoo and conditioner bottles already can be recycled and some are made of recycled plastic, this is the first using recycled marine plastics, according to Szaky, who said that plastic rescued from oceans and other waterways is notoriously hard to collect and process because it is scattered, degraded and often filled with junk.

Getting plastics from beach to bottle is an elaborate process, according to Szaky: Hundreds of organizations and volunteers collect plastics from beaches, harbors and other waterways. TerraCycle takes the collected plastic and sorts it, sending some of it, usually high-density polyethylene (HDPE), to P&G for its bottles. The rest is used to make benches and picnic tables that are given to nonprofits.

And when it comes to removing plastics from our oceans, anyone can play a role.

“Make sure you recycle,” Szaky said. “Go to your local ocean conservancy and participate in cleanup efforts. And really think about what you buy ― only buy what you need. Consumerism is behind many of our environmental problems.” 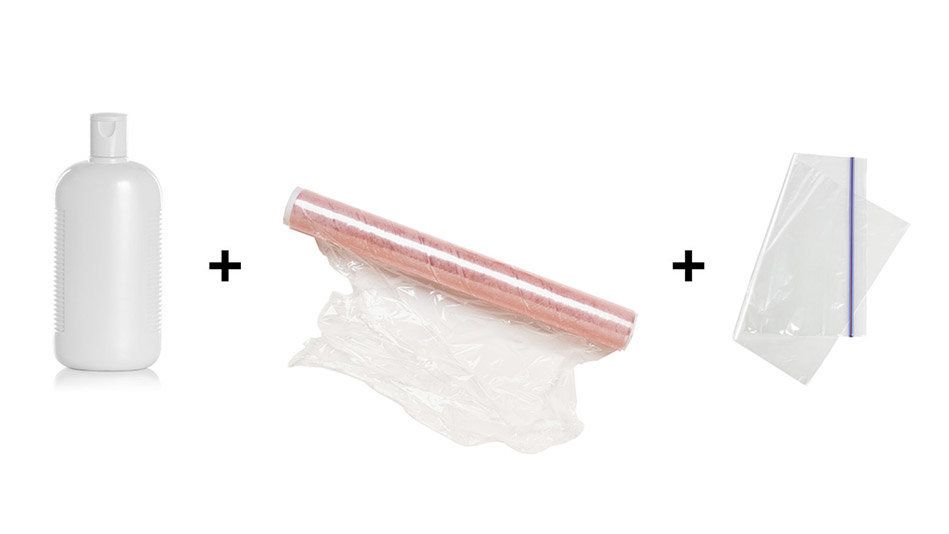 1 / 6
Prevent Bottles From Exploding While Traveling
Tired of opening your suitcase after a flight to find your toiletry bag full of gooey shampoo? Alexandra Jimenez, editor and founder of the <a href="http://travelfashiongirl.com/" target="_blank">Travel Fashion Girl</a> blog, has a simple solution. <br><br> <b>Try It:</b> Just remove the cap from the bottle, place a small square of plastic wrap over the opening, and replace the cap. <br><br> <b>Why It Works:</b> Changes in air pressure during travel can expand and contract plastic bottles. The plastic wrap acts as a seal to prevent leaks. (Jimenez also suggests only filling your bottles 2/3 of the way to avoid problems.)
Getty Images and Thinkstock