At first glance, Nick Morris and Dan Gluck, a couple of Wall Street power brokers, might not seem like typical subjects for one of my blogs profiling people intent on making positive change in the world. But spend a few minutes talking with this energized duo and you'll realize they're on a mission to revolutionize health and fitness in America. And they've already begun doing so. 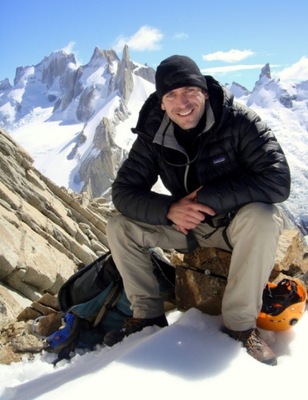 As hedge fund managers, Dan and Nick have very full days. Nick begins his with a 4:40 a.m. train ride from Connecticut to Manhattan and a 6 a.m. to 7 a.m. workout. They're both at their desks by 7:15 a.m., and regularly work 10 to 12 hours. But in their spare time, these two stealth superheroes are the founders and chief evangelists of Health Warrior, a health food company that currently offers a line of chia seeds and low-cal chia energy bars. How did that happen?

Nick and Dan have worked together for over 12 years outside of Health Warrior. Their business idea was birthed in 2010, when Nick read the book Born to Run by Christopher McDougall. The author revealed one of the secrets of the Tarahumara Indians, who are some of the greatest endurance athletes in the world and descendants of the Aztecs. How do they run hundreds of miles without rest or injury? In part, by relying on chia seeds for sustenance.

Nick talked to Dan about the book knowing that his buddy, a hardcore endurance athlete who had already completed many marathons and several Iron Man triathlons, would be intrigued. Dan naturally decided to try chia for himself. "I instantly noticed a change in my satiation, endurance, and energy," Dan said. "I became addicted." 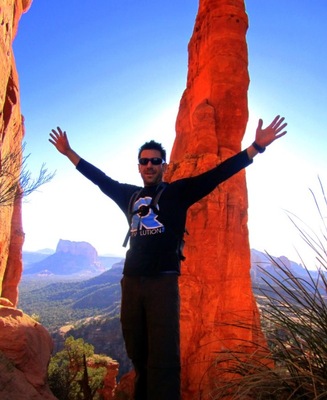 The two began obsessively investigating chia, reading whatever research they could find on its nutritional properties. They discovered that chia is an "off-the-charts superfood." One serving has more omega 3 fatty acids (the kind of oil which is fantastic for our brain function and cell growth) than a filet of salmon, more fiber than a bowl of oatmeal, more calcium than a glass of milk, and a substantial four grams of vegan plant protein.

Meanwhile, Nick and Dan began promoting the benefits of the wonder seed to their friends -- and getting incredible feedback. A CrossFit trainer said he was having his best workouts ever. Dan's sister, a mother of three, gave up drinking coffee because chia gave her so much energy. Another friend lost weight.

One day, Nick and Dan had their "aha!" moment. They knew there was a massive trend in the U.S. toward health and wellness, with the real food movement making huge strides. Here was a terrific business opportunity, as well as a chance to help Americans combat obesity and get fitter. "That was the seed, no pun intended, of Health Warrior," Dan laughed.

In general, I believe people really want to eat better and feel better. But there's a lot of confusion about what to do and what not to do. We feel a big part of our role with Health Warrior is to help educate people about nutrition. At the end of the day, if you don't have your health, you have nothing -- even with all the money in the world. There aren't many things you can control in life. But you can control your diet and your fitness level.

Because Nick and Dan love their day jobs and didn't have adequate time to devote to their new venture, they brought Shane Emmett in to run the Health Warrior business. Dan's college roommate was a Division One swimmer and Oxford-trained lawyer looking to do something entrepreneurial. He has since managed the day-to-day business as CEO of Health Warrior, growing sales more than 1,000 percent in the past 18 months.

But launching the business was just the first step. Health Warrior's real battle had only begun. As soon as they started to market their chia seeds and 100-calorie, low-sugar, vegan energy bars, Nick, Dan and Shane discovered that even in the natural foods world, chia was a virtually unknown entity.

"We went to the natural food expo in Anaheim in 2011, and people were looking at us like we had three heads when we talked about chia. Maybe 10 percent of people knew what it was. Whole Foods didn't even carry it," said Dan. "Everyone would sing that jingle from the 80s infomercial: Ch-ch-ch-chia pet!"

But the trio was determined to raise awareness of this nutrient-dense food and help change the American diet for the better. They kept promoting their products as more and more articles were published, awareness grew, and soon chia seeds emerged as one of the fastest-growing segments of the health food market.

I asked Nick and Dan what advice they have for people who want to get healthier. Dan said, "It's pretty simple for us.
1) Exercise. I get a ton. And I also challenge myself to work out for at least 24 minutes per day no matter how tired or busy I am. No excuses.
2) Eat real food, which means anything that is not processed. If you can't pronounce it, don't eat it."
They also recommend watching your sugar intake. Many protein and energy bars are packed with unhealthy sugar, which causes our insulin levels to spike. Health Warrior Chia Bars are not.

As far as business advice goes, Dan and Nick recommend finding your passion and following that. Nick said, "If money isn't your goal, then even if your business isn't successful, you'll still enjoy the process. And other people will find your enthusiasm infectious."

In addition, they said, you have to put in some elbow grease. "It may sound cliché," Dan advised, "but on Wall Street, you have to bust your butt. When I was younger, I remember sleeping in my office many nights. You don't get far by coasting. Most people get to success thanks to their drive and hard work."

More:
healthy livinghealth and wellnessFitness and Exerciseborn to runChristopher McDougall
Newsletter Sign Up
An essential daily guide to achieving the good life
Subscribe to our lifestyle email.
Successfully Subscribed!
Realness delivered to your inbox