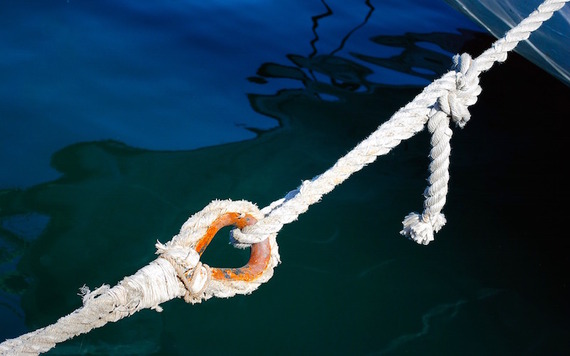 So I'm recovering from a bad relationship and by luck, I just find someone new who is nurturing me to have good self-esteem and a good mindset and loves me and I love it. It's more than what I could possibly ask for in life. Yet, he happens to have a past which worries me because:

1. He has this ex who he went out for 6 years who happens to love to say a lot of subliminal messages on Facebook.

2. He said her name in bed right after he had proposed to me.

3. He kept the conversation he had with her on Facebook (Yes, I snooped)

4. He still had her number on his phone and didn't delete it until after I told him to do it.

He continuously keeps on saying that it was an accident, it's all in the past, that she means nothing to him. Yet, I can't seem to get over it. So, the question now is dump him or try to comprehend him? He claims to want to fix everything but doesn't bother to really want to fix anything.

We have a feeling you're not going to like what we have to say, because we happen to subscribe to the school of thought that an ex should not automatically become persona non grata after the breakup. People can part amicably, they can remain friends -- without any possibility of reconciliation. In fact, maintaining a positive relationship with an ex is imperative when children are involved. If exes with kids can do it, why can't -- and shouldn't -- the young and the childless, too?

Nothing you've written here convinces us that there's anything to worry about. Unless he spends lots of time emailing with her or talking with her on the phone in a genuinely flirty or nostalgic way, especially when he could be giving you attention, then, purely based on the information you've provided, we think you may be overreacting:

Giving a crap about these kind of perceived infractions is more often  a sign of your own insecurities and jealousies than of your partner's deficiencies in trustworthiness or loyalty. Has he really done anything to deserve you snooping in his private computer history? Of everything you've outlined in your letter, the snooping is perhaps the most disturbing, just because it betrays how untrusting and untrustworthy you are. Also, forcing him to delete her number seems pretty controlling. Could it be your previous bad relationship is clouding your judgment, making you assume the worst, and tainting how you perceive your current boyfriend?

If by "not bothering to fix anything" you mean he refuses to unfriend his ex on Facebook, delete all evidence of their previous relationship, and pretend she never existed, then we're not sure he's the one that needs to do any fixing, especially if they're just fairly distant, platonic friends now. The "fixing" may have to happen on your end if you want this otherwise stellar-sounding boyfriend who's "nurturing" and who "loves you" to stick around.

Take a chill pill and call us in the morning.

Need help "fixing" things?
How to Conquer Your Jealousy for Good