This political landscape got you too anxious to fall asleep? Let Tom Hardy help.

The actor has already proven himself a bedtime story aficionado after performing a reading on New Year’s Eve, and another for Valentine’s Day.

Thankfully, Hardy is back at it again ― this time with a Mother’s Day tale. Specifically, the actor reads Ross Collins’ “There’s a Bear on My Chair,” a story about a mouse who tries to get a giant polar bear out of his chair.

That accent. That beard. THAT CARDIGAN. Are you swooning yet? Is anyone else really hot in here?

There’s one line in the reading that goes, “I will jump out in my underwear.” It seems Twitter found it just as ... exciting as we did:

Please note, if Tom jumped out in his underwear this would not scare me, oh no.......be still mt beating ❤️ https://t.co/mNh4ebqrSV

Wish tom hardy would give me a scare by jumping out at me in his underwear. #cbeebies bedtime story. Phwoar. 💋

When the mouse tries to jump out in its underwear in order to scare the bear out of its chair, prompted plenty of comments from viewers. pic.twitter.com/ke2dscCt9x

Yes #TomHardy you can jump out in your underwear anytime! #cbeebiesbedtimestory

Never stop reading stories, Tom. NEVER. You can watch the whole reading here. We need to go lie down. 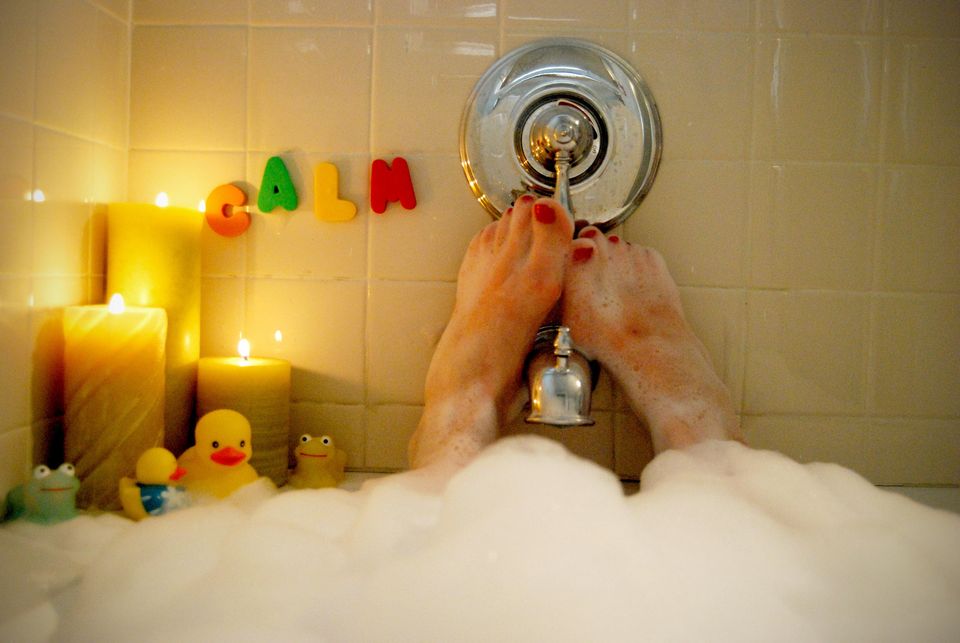 1 / 5
Take a calming bath. Try including some lavender drops to help you relax.
Amy Frazier, Shooting the Kids Photography via Getty Images