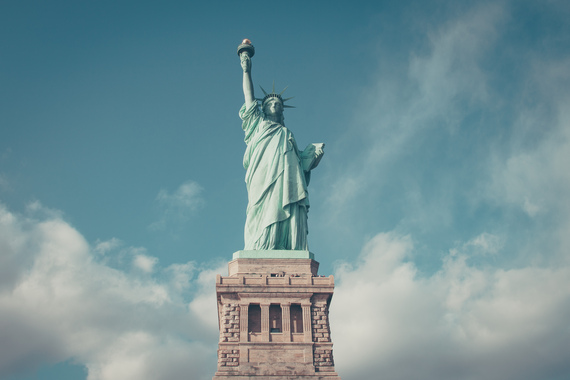 One of the most striking aspects of public opinion regarding immigration policy is how much it can change over the course of a decade, sometimes even a few short years. What is considered "moral" or "ethical" regarding the treatment of people who want to make a home here can shift dramatically if jobs are scarce, for example.

In fact, times of economic hardship have often been the worst for Latino immigrants, both documented and undocumented, as well as Latino Americans more broadly. For this reason we have to be vigilant concerning how ethical our policies really are, and at what point they open up possibilities for cruelty to occur; despite the machinations of politics and economies, certain truths about how we treat one another must remain stable.

Recessions and depressions tend to intensify conflict among people of different ethnic backgrounds, which inevitably means minorities suffer; in the 1950s, for instance, following the second World War, the offensively-named Operation Wetback was put into effect by the US government, calling for the deportation of almost 4 million people of Mexican descent. [6] In the 1990s, during a time of stability and prosperity in the US, the number of available visas was increased 40% and a lottery system was introduced to ensure people from diverse areas would have access to American visas. [7] And not surprisingly, after the events of September 11th, 2001, immigration policies tightened greatly, along with border security.

One only needs to scan Hispanics' history in the United States to see: Fear, no doubt, brings out the least generous side of human nature.

While a decent quality of life is comprised of elements that are relatively unchangeable, it seems that public morality concerning the welfare of non-US citizens is extremely changeable, and politics plays to this. I chose the word "ethical" instead of "moral" precisely for that reason--because, while the statutes of morality can vary from one faith to another, and from one time period to another, any code of ethics intends to be universal across faiths, across time periods, and unaffected by the political weather. While morality is deeply personal and invariably tied up with emotion and individual experience, ethical codes attempt to be objective, universal, and fair.

How We Relate to the World
The variability of immigration policy in itself reflects ethical and moral nuances in national cultures and situations. Canada, for instance, has one of the most open immigration policies in the world, where a fifth of the population is foreign-born, however, Canada has a shortage of skilled labor, which makes it easier to welcome skilled workers. [2] Sweden has long had a generous policy for welcoming refugees from conflict areas like Syria and Somalia, but as unemployment has grown so have racial tensions, and the open-door policy is now a point of contention [2].

On the other end of the spectrum, Australia has extremely strict immigration laws that allow authorities to detain any non-citizen found without a valid visa, including children and refugees. However, the detainment of and treatment of those in custody was exposed in 2001 to be unethical by the Australian Human Rights and Equal Opportunity Commission [3]; this latter fact demonstrates how ethical lines can be crossed by national bodies and publics who have no intention of treating other human beings with cruelty.

Recent conflicts in Syria and international responses to it have raised a similar issue. If a Syrian refugee was knocking at the door of your home and asking for shelter, a moral response might be variable: "I must protect my home and my family's resources" can be a moral response focused on one's family; "I must help this person" is another moral response, this time focused on the other person's needs. Morality is surprisingly adaptable. But an ethical response isn't variable or situational, rather it applies to everyone at all times: "Everyone deserves a roof over her head and to be safe." This is a statement of universal ethics, not personal morals, and it more closely resembles what we might call integrity, on a personal and on a national level.

What Counts as "Degradation"?
The truth remains that most people who come to America do so in order to seek a better life, sometimes and quite often escaping a very bad one. Those involved (characterized by recent rhetoric as criminals and rapists) are in fact sons, daughters, couples, families, children, grandparents. As a lawyer, it's my job to help people do things right according to the law; but as a parent, a son, a brother, I understand why some people take the risk.

There are national and international laws against inhumane treatment, where "torture" and "degradation" are considered inhumane and are typically condemned. [5] But when immigration policies are highly restrictive, for instance separating families through deportation, the meaning of "torture" and "degradation" become murky--just murky enough to make it appear morally acceptable to put families through experiences to which you would never subject your own family.

However, the Trump-esque rhetoric that has sadly taken hold in current political discourse suggests that ethics are out the window: that this presidential race, and the immigration reform with which it will likely be associated, are going to be driven at least initially by an appeal to a convenient version of morality that might change when the economy is better: "Let's protect our own."

Let's Take Action.
In the face of this, how do we implement policies that we--that you--feel are ethical? Ultimately, this is an individual question.

As individuals, we're responsible for reclaiming some idea of what is right and humane irrespective of the politics of the moment. Voting is the most obvious first step; the democratic system was designed to help groups of people create ethical governments through rational consensus. However, politics in the modern day is ruled by the manipulation of emotions, and it's sometimes almost impossible to locate the truth in all the rhetoric. Still, without using the vote we have, we have no right to argue for an improved political situation.

In groups, we have the opportunity to take actions and support the actions of those who are advocating for ethical practices and policies. Advocacy is powerful and rewarding, because it affords us the opportunity to make differences that we initiate ourselves, not waiting on governments or politicians to do it for us. There are a number of excellent organizations that are doing good work in immigration advocacy, education and ethical reform, such as Immigration Advocates and Immigration Forum.

At the core of ethical immigration reform will be the conviction to do what is right for all people, not just what is right for ourselves at this moment. As a united nation we must accept, as often as it takes us to make it stick, that we are a country of diversity. Our racial and ethnic identities, along with our passionately American identities, are deeply interconnected and interdependent--united--and this unity is what our country was built upon. Our national policies should reflect the profoundly American value of being inclusive. We must be ethical first.