In 1919, Bohemian oil heiress, theater enthusiast and political radical Aline Barnsdall purchased the 36-acre park site now known as Barnsdall Park. She enlisted architect Frank Lloyd Wright to design the premises, his first in Los Angeles, as a sweeping complex for avant-garde theater, featuring an ambitious space for artists to live and work -- and a home for the Barnsdall and her daughter. However, Barnsdall fired Wright in 1921 due to, among other things, high costs and artistic differences. The complex remained unfinished, but Wright left behind the completed Barnsdall home, the Hollyhock House, a stunning paradigm of California modern design. 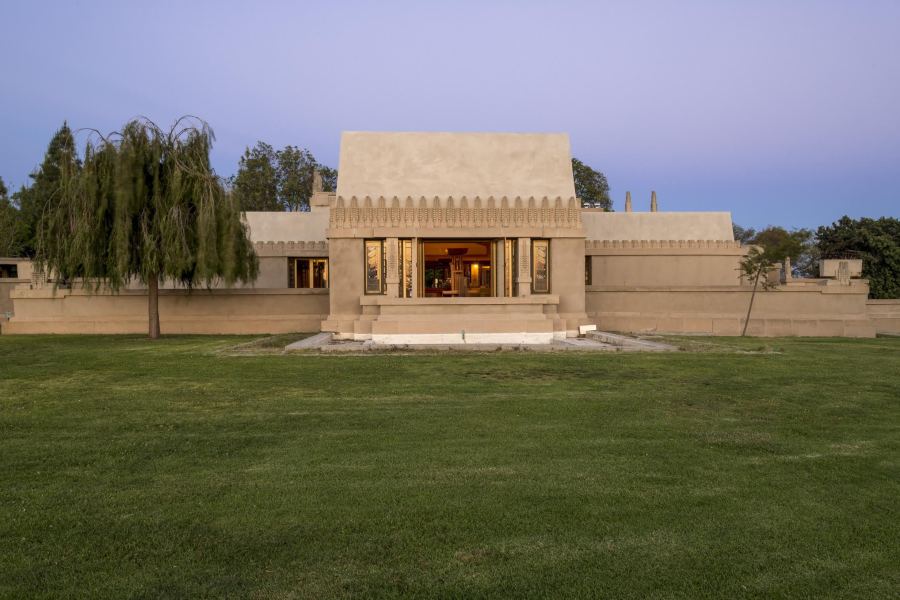 Beginning in 2012, the Hollyhock House has undergone a painstaking renovation process, aimed to restore the dwelling to its original 1921 appearance. The house is no stranger to change. There was a 1946 renovation by Frank Lloyd Wright's son, a series of renovations in 1974 sponsored by the city, and the 1994 earthquake. Finally, after years of work and approximately $4.3 million dollars from the California Cultural and Historical Endowment, the National Park Service’s Save America’s Treasures program, and the City of Los Angeles, the iconic house is slated to reopen its doors on February 13, 2015 to the public -- who will be donning protective booties over their shoes, of course.

The Hollyhock House's name comes from Barnsdall's love of hollyhock flowers, curator Jeffrey Herr explained to The Huffington Post. Barnsdall, an eccentric and theatrical character to say the least, enlisted Wright to channel the spirit of the flower into the home meant to be her living space, although she never actually lived there. Wright did just that, transforming the vertical, almost spine-like structure of the plant into a geometric pattern throughout the home. From the dining room chairs to the mantle over the fireplace, hollyhock reproductions manifest themselves in an almost pixelated fashion, combining geometry and nature to striking effect. 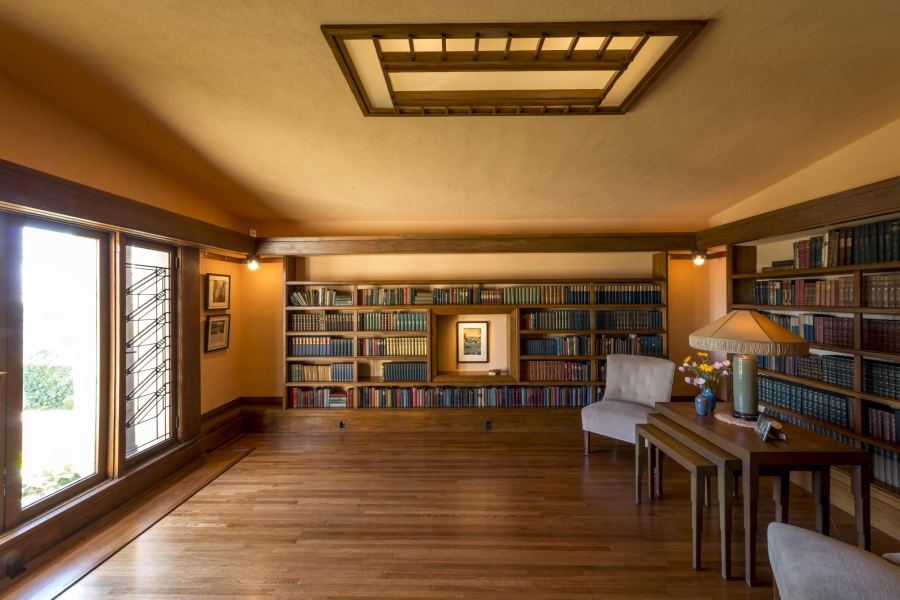 While hesitant to call the abode the original California ranch house, Herr emphasized the role this building's structure had on the future of California modern design. Alternating between compression and release, Wright informed visitors of changing rooms without the use of walls or doors. This open air mentality worked to dissolve the space between the exterior and interior, a technique reminiscent of Japan's garden houses.

This wasn't all coincidence. Wright designed the house remotely while living in Japan. Of course, the always temperate Los Angeles weather made such a design practical for Wright for the first time. Chicago garden houses, we can safely say, probably would not have caught on. Wide open spaces, subtle transitions and easy outdoor access continue to define California's signature architectural aesthetic to this day. However, other details, such as the water-filled moat surrounding the fireplace, didn't quite catch on.

For the restoration, Herr, along with a devoted team, spent countless hours returning the Hollyhock House back to its 1920s glory, from the wall moldings to the bas-reliefs to the paint color. As you may expect, such tasks were not taken lightly. For example, to achieve the particular hue of the forest green walls, the team needed to engineer a chemical formula that exactly resembled those used in the original 1920s paint, which have now been banned by California. And to get the golden glisten on top, they crafted a formula of mica, a mineral, suspended in alcohol. 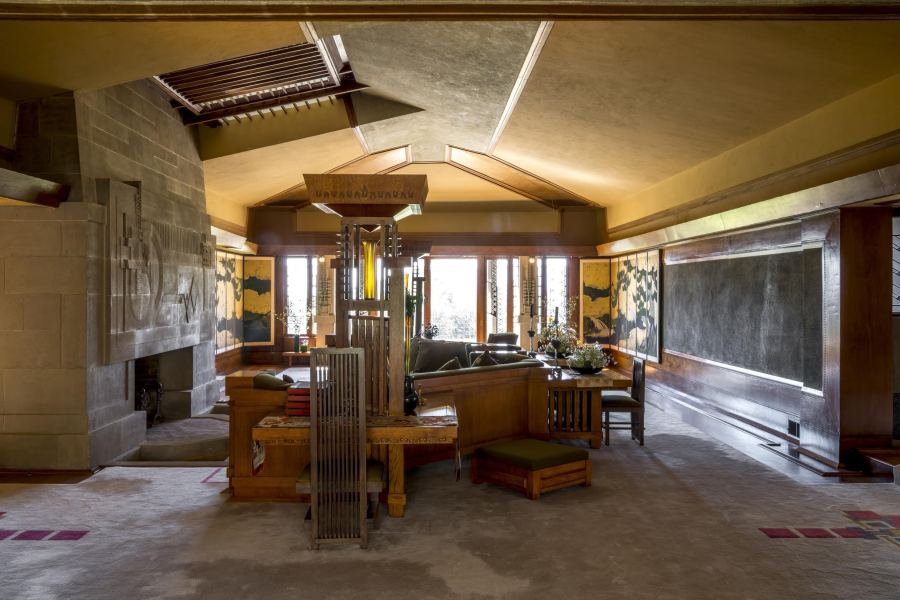 "I feel pretty damn good," Herr told Los Angeles Magazine. "We have done so much to restore the major public areas to their 1921 appearance. For anyone who knows the house, it will be a revelation. For anyone who doesn’t know the house, my hope is that they’ll walk in and go, 'This is great, what did they do?' That’s the sign of a really good restoration."

Mayor Eric Garcetti and Councilmember Mitch O'Farrell will attend a ribbon cutting on February 13 at 4 p.m., at which time the legendary space will be open to the public, followed by a 24-hour period where guests can take self-guided tours of the house. Admission is $7 for adults, $3 students, seniors and children under 12. After the opening, the Hollyhock House will be open Thursdays through Sundays from 11:00 a.m. to 4:00 p.m. for the same prices.