Hot Off the Easel is a monthly blog feature designed to showcase a cross-section of vital and varied contemporary paintings. - John Seed 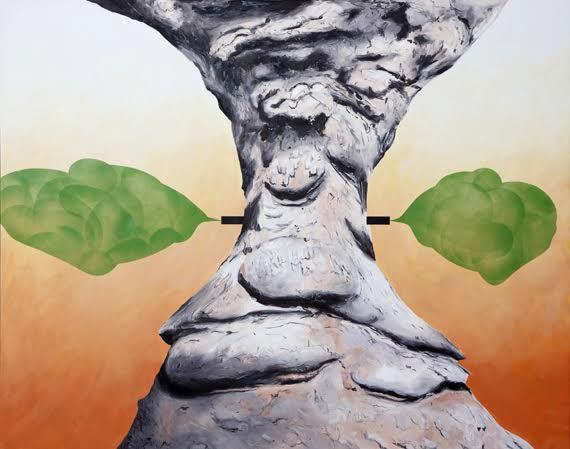 "A reflection on our current environmental situation; like parasites we're exhausting our host into extinction." - Lisa Adams

Population 1 is on view as part of Lisa Adams: America the Beautiful, at CB1 Gallery, Los Angeles, September 12 - October 31, 2015 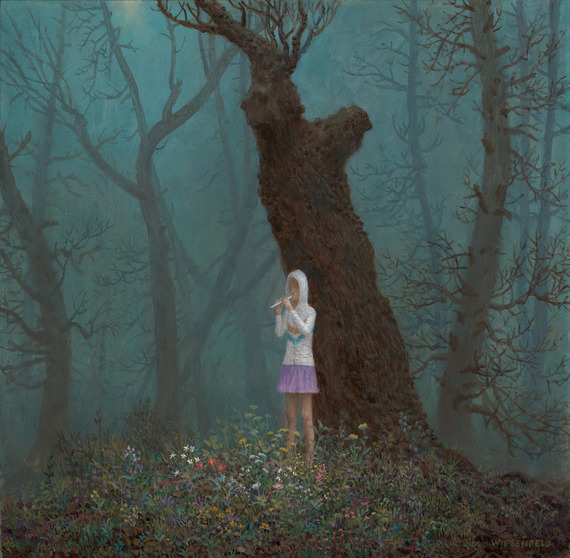 "I've been kind of obsessed with the flutist, the act of breath becoming music seems to have an analogy in the cyclical transformations in nature." - Aron Wiesenfeld

The Messenger will be on view in Aron Weisenfeld's solo show at Galleri Ramfjord in Oslo, Norway. The show opens on Saturday, October 3rd from 12 to 2 pm. 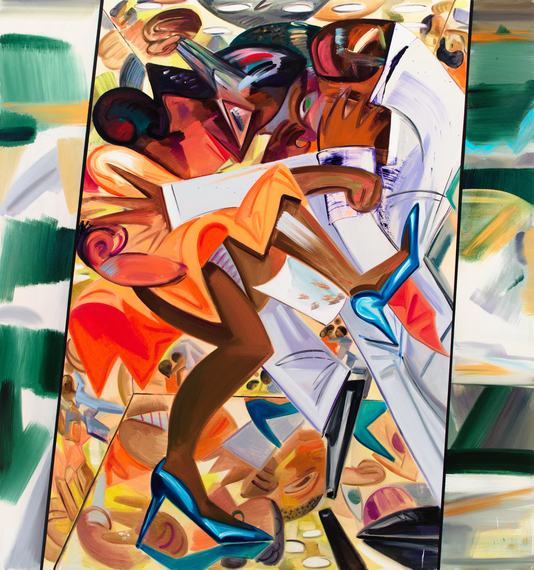 "The image of this painting came through drawing, and it was initially inspired by the recent string of elevator fights, like Solange and Jay Z and Ray Rice and Janay Palmer." - Dana Schutz

On view at Petzel Gallery, New York as part of Dana Shutz, Fight In An Elevator, September 10 - October 24th, 2015 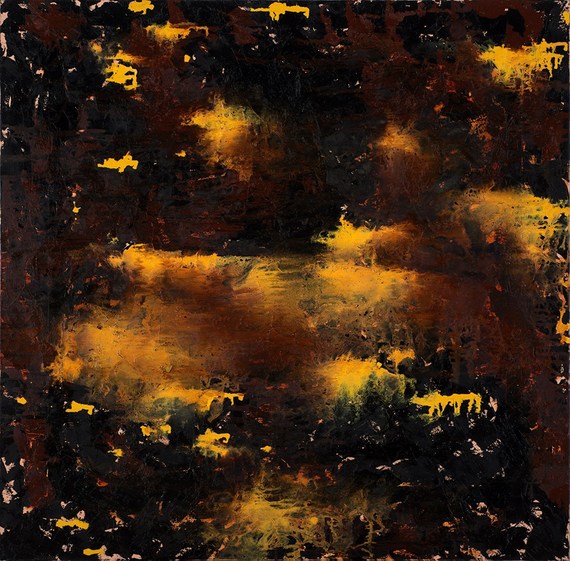 "This painting is from a series (Cantata) which is a homage to J.S. Bach." - Yari Ostovany 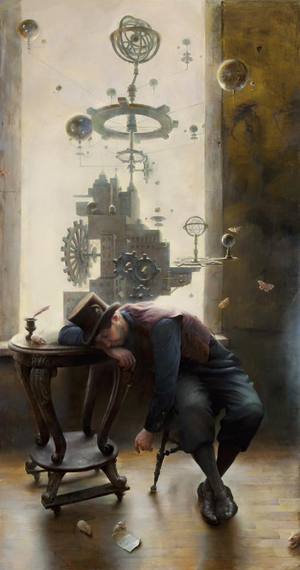 "This is a piece inspired by our attempts to dream a rational model of the universe that don't completely add up to a finished product." - Adam Miller 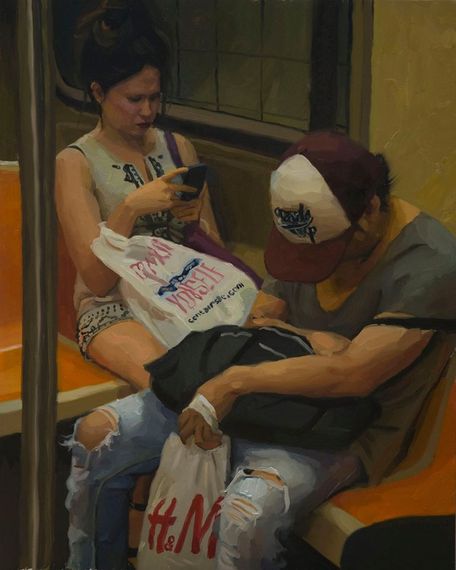 "I'm fascinated with the tendencies of the New York subway rider, weary, tactical and at all times avoidant." - Devon Rodriguez

Ripped Jeans will be on view as part of the exhibition Urban Life at the Abend Gallery in Denver, October 9 - 31, 2015 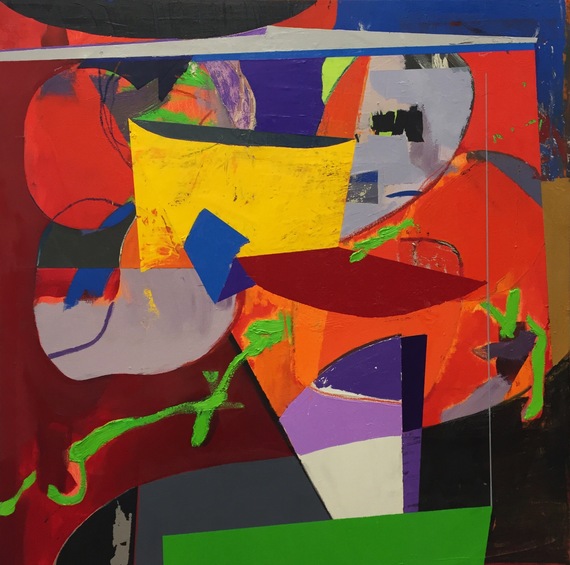 "Burmese Harp is one of four paintings created with an interest in accessing alternate spaces via 'mystical portals', metaphors for an arena where time and form coalesce with meaning." 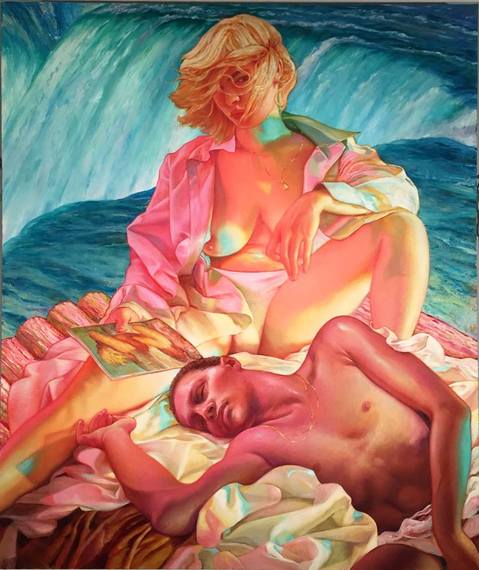 'The Niagara series initially came from a number of recollections: childhood visit to the falls, an old Ben-Hur picture book and Henry Hathaway's 1953 film Niagara. Niagara Pair is in response to the recent Ferguson unrest...." - Jamie Adams

Niagara Pair is on view as part of First Show: Detroit at the David Klein Gallery, September 17 - October 31, 2015 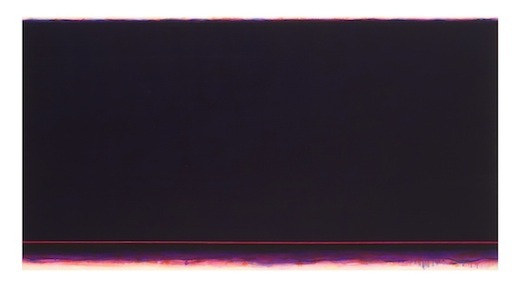 "The history of abstraction figures greatly in my work, with a notion towards the sublime in the monochromatic image." - Shingo Francis

"This painting was done outdoors from life, of our house and yellow boat, very early on summer mornings." - Kurt Solmssen 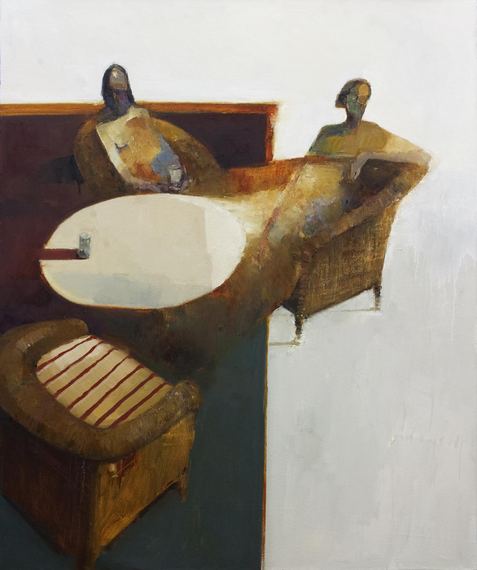 The painting Waiting really is a play between reality and abstraction. In life we are constantly waiting for others, for their approval and their validation. It's in this place of waiting where we build are own abstract scenarios and magnify what others think." - Danny McCaw