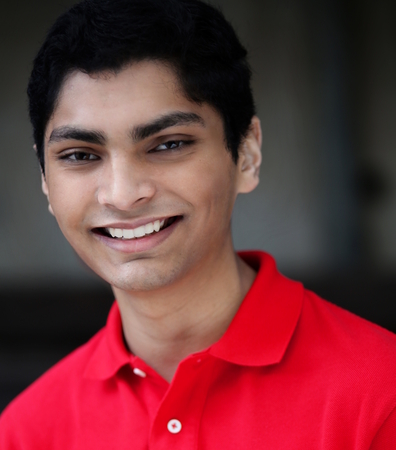 He reached out to me a year ago to provide him with a blurb for his book. After reading this inspirational allegory about achieving success through creativity and hard work, which includes interviews with such luminaries as General David Petreaus and many CEOs and entrepreneurs, I was happy to help out the young author in any way that I could.

Deep's father was a paperboy when he was 16, earning less than minimum wage. Yet he managed to save up enough money to purchase a dry cleaning business with his brother and father, and eventually they went on to buy a hotel.

"When my dad told me about his experiences," Deep said, "I realized that his story was both inspirational and entertaining. I knew then that a book that uses a paperboy as its central theme in order to illustrate business points could be really cool and groundbreaking."

Deep began his process the way most of us would in this day and age: He Googled it. Online, he read about the steps involved in writing a book, from producing a rough draft of a manuscript all the way through to publishing it. When he realized that publishers and literary agents only accept about 1 in 500 manuscripts they see, the statistic intimidated him. But he thought, "What do I have to lose?" and forged onward. After all, he only needed one person in the publishing industry to see the potential in his manuscript. Plus, "every author had to get his or her start somewhere."

After completing his rough draft, Deep posted a book listing on the Publishers Weekly website, which included a description of his project and a little about his background. The database also gave him access to the contact information of hundreds of literary agents, and he made inquiries to nearly 100 of them. He heard back from four who were willing to offer representation. He soon sealed a deal with Post Hill Press.

However, Deep's publisher wanted the book to be longer than 100 pages. They suggested he add to his allegory interviews with successful business people. Deep didn't know many personally, so he utilized LinkedIn. He set up a profile and started networking with people he thought would participate in his book. Many of them didn't respond, but Deep didn't give up. He said to himself, "This is a numbers game. I can expect to hear back from 1 out of every 25 people I contact."

And he was right. Eventually, General David Petraeus and other influential figures agreed to do interviews. This further fueled Deep's motivation.

As Petraeus is quoted as saying in A Paperboy's Fable: "The measure of the person isn't how he or she deals with success, that's easy. It's how you deal with setbacks... If you believe that you are pursuing the right course of action, then you need to have fortitude and have the strength to drive on. You have to keep trying to learn, keep trying to improve, keep trying to do better and achieve your objective."

I asked Deep how he was able to achieve such astounding success at such a young age. He replied, "Your mindset is one of the most important parts of your business because what you think affects the action you take."

When asked for advice for other aspiring authors or entrepreneurs, Deep said, "Start on something that matters, get to work on something you care about. Age is just a number. You're never too young or old to write a book, start your own company, or even create global change. Be willing to take risks, learn from your mistakes, take action, and most importantly keep hustling."