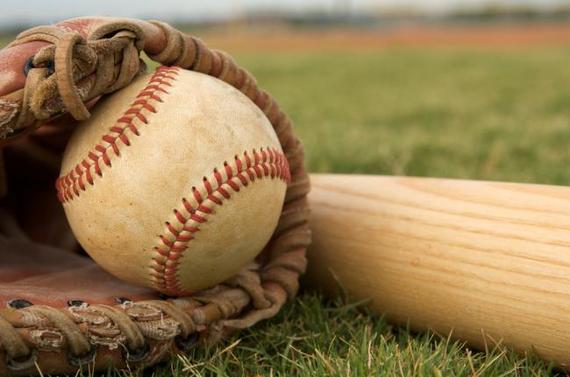 It is difficult to track the exact origins of American baseball. There are many stick and ball games that are widely accepted as the earliest versions of baseball, including the British "rounders" and the North American "one old cat" or town ball. For a time, the invention of baseball was credited to Abner Doubleday of Cooperstown, New York back in 1839. This story has since been debunked and is widely understood to have been a myth misinterpreted by the president of the National League, Abraham Mills, back in 1905 when he was commissioned to track the invention of American Baseball. Credit has since been given to Alexander Cartwright, a New York Bank Clerk who wrote a constitution for the first organized American baseball club in 1845, the Knickerbockers of New York. In the history of American Baseball, baseball's true inventor is far less important, and indeed less fascinating a story, compared to the history of how the sport developed over the years into America's "national pastime."

Development and Emergence of Professional Baseball

The New York Knickerbockers are widely accepted as the team that wrote the rules to modern day baseball. Many of the rules they wrote back in the 19th century are still in use today. The first official game played under these rules was played in Hoboken, New Jersey on June 19th, 1846. Baseball remained a relatively small game and was overshadowed in popularity by Cricket until the American Civil War. It was during that time that baseball really started to grow in popularity. For one thing, Cricket required a specifically maintained playing field, whereas baseball could be played almost anywhere. This is one reason baseball started to grow in popularity, especially among the working class. Throughout the 1850s and most of the 1860s, baseball remained an amateur sport. It wasn't until the 1870s that a professional league, the National Association of Professional Ball Players, was established. With a burst in popularity and the establishment of a professional league, baseball started to take over the nation. While the National Association remained the dominant league until well into the 20th century, other minority profession leagues began to emerge across the country as early as the 1880s. This included the first recognized, so-called "Negro Baseball Leagues," The National Colored Baseball League in 1887.

The earliest professional baseball leagues were problematic for a number of reasons. For one, the issue of racial disclusion was also a major dividing factor that barred many young, talented players from entering any minor or major league baseball teams. The games were also highly corrupt, the party as a result of extremely low wages for the players. This lead to games being frequently thrown as players bought into gambling bribes with sports betters. Over the next century, some of these predominant issues began to change. In the early 20th century, a baseball league called the American League that managed to challenge the National League's dominance and eventually merge to form Major League Baseball. With this emergence came growth in power for players, who were eventually able to negotiate fairer wages. As far as the racial division goes, it wasn't until 1947 that the first African American baseball player was accepted into Major League Baseball. Jackie Robinson is widely known as the man who "broke the color barrier" in American Baseball, which drew a record 21 million fans in the first years of Jackie's attendance.

Baseball is now widely televised and one of the most-watched sport in the United States. Players are compensated with exceptionally high salaries, and some of the most famous, successful players come from minority groups that might not have had the opportunity to play in the 19th and early 20th century. From humble begins and "stick and ball" game origins, baseball has become a part of American identity.