Until last year, no one had an explanation for why Lizzie Velasquez looks the way she does. She was a giant question mark. When she was born at just two pounds and ten ounces, doctors told Velasquez’s parents that she would never speak or walk.

The doctors were wrong. In fact, at 26, she does both professionally. A seasoned motivational speaker and a self-professed “pacer” while she speaks on stage, Velazquez catapulted to Internet fame in 2013 when she gave a TEDx talk in Austin, Texas called “How Do You Define Yourself?”

The talk, which she did without any notes and made up on the spot, went into detail about cyberbullying, being called “the world’s ugliest woman” and the obstacles she’s faced in her life. The video took off, receiving a million views in a matter of days. Today it has over 9 million views.

Last year, while filming a documentary about her life, Velasquez finally got a diagnosis for her disorder. She has a rare neonatal progeroid syndrome and is one of only three known people to have the disorder.

The disorder makes it impossible for her to gain weight -- she has zero percent body fat and has never weighed more than 64 pounds -- regardless of how often she eats, which can be up to 60 times a day. It also causes early aging and has left her blind in one eye.

“There were many times where I was so frustrated and angry. I didn’t know who to blame or who to get angry at. I made every birthday wish, I lit every candle at church and did every prayer before bed. I said 'God, please take this all away from me. Please make me normal,'” Velasquez told the crowd at the espnW Women + Sports Summit in Dana Point, California last week.

Velasquez’s stage presence is remarkable. She is a natural -- at ease, funny, self-deprecating and relatable. She told The Huffington Post that she feels most at home on stage, which, given her early life experiences, comes as a surprise, even to her.

Growing up in Texas, Velasquez was teased, gawked at or sometimes downright ignored. She remembers her first day of kindergarten and noticing for the first time in her life that other kids were scared of her. She went home and asked her parents what was wrong with her. “I credit my parents’ answer with why I’m able to do what I do [today],” she said to HuffPost.

“When I asked them what was wrong with me they said there’s nothing wrong with you. The only difference is that you’re smaller than the other kids. They told me we are going to love you and support you and help you reach every dream you have,” she added.

Her parents treated her like everyone else. But the world did not. Velasquez remembers going to amusement parks and feeling like an attraction. Groups of adults would stop mid-conversation and stare at her. She refused to go to water parks because she couldn’t stand to be in a bathing suit in public.

She used to feel like she had to introduce herself to people by saying, “Hi, I am Lizzie, I do not have an eating disorder.”

Velasquez says she worked tirelessly through middle school to be able to look at herself in the mirror and be okay with who she was. With the love of her parents and her two younger siblings, she started to build her confidence up.

“The five of us are very close. We’re a team. And together this team helped me start to realize that we really do have two options in life. We can either decide to feel sorry for ourselves and throw the biggest pity party in the world and just be stuck in it -- or there’s this whole other side with everything that we do have in our lives,” Velasquez said on stage.

“We can say I do have this and I do have that, instead of I wish I had that or comparing yourself to other people. Because where does that leave you?”

In high school, she became a staff writer for the newspaper and a photographer for the yearbook. She found strength in numbers by joining the cheerleader squad, even though she admits that she did it mostly for the cute uniform. “I never really took into consideration that you have to actually cheer, condition and run. I got really good at excuses for getting out of running!” she joked with the audience.

But something deeper pulled Velasquez to the idea of a uniform. “Whenever I was cheerleading I felt like putting on that uniform was my superhero cape. I thought that I would be seen just like all the other girls, which is the one thing I wanted so desperately,” she said on stage.

But at 17, while procrastinating on homework at home, Velasquez stumbled upon an eight-second YouTube video of her calling her “the world’s ugliest woman.” There were already thousands of views and comments.

“I had no idea when I opened that video that it would make all the confidence I had go back down to nonexistent -- to dirt,” she said to the audience.

Some of the comments said things like “just go get a gun, put it to your head and take yourself out of the world. It will be a much better place,” and “put a bag over your head, because when people see your face they’re going to go blind.”

Velasquez was brokenhearted. Her first thought was to protect her parents. She feared the video would hurt them more than it hurt her. She cried on the floor for hours and even began to question if the YouTube commenters were right.

“Maybe I should take myself out of this world,” she remembered thinking. “If so many people are saying it, then maybe they’re right. But there was a little voice in the back of my head that kept telling me not to listen. My parents said we have to learn to forgive them because we don’t know what’s going on in their lives.”

The next year, Velasquez went to college at Texas State University. “Over time I learned that the only way I could show those people that they weren’t going to become my definition and my truth was to somehow make myself better,” Velasquez said to the audience.

That came in the form of motivational speaking. She began to study famous speakers online and made anti-bullying her cause. Last year she traveled to Washington, D.C. to bring an anti-bullying campaign to Congress. She has written three books about her life and a documentary, titled “A Brave Heart: The Lizzie Velasquez Story,” comes out this fall.

“That YouTube video turned my life upside down,” Velasquez told the audience. “For so long I felt like I was alone in this world. But now I know that it’s okay to go through that struggle. It’s okay to be vulnerable. It’s okay to be weak. You have to allow yourself to have those times. I guarantee that you as soon as you do, you are going to be ten times more eager to make yourself better.”

The Huffington Post spoke to Velasquez after her speech about the advice she gives young women who are targeted online for their looks.

She remembers joining MySpace in middle school and asking her parents first what they thought. They urged her to go into it with open eyes, which is what she tells young adults today.

“They told me that along with the good comes the bad. They said if you think you will get bad comments -- which unfortunately everyone does -- and it doesn’t make you upset, then we will let you [sign up],” she told HuffPost.

Velasquez urges young people to remember that we live in a world of instant gratification, especially when it comes to social media. “Keep in mind that people only share the ‘best of’ moments. It looks like they’re going out all the time and that they have all these friends in great places. That’s not the reality. That might just be one night,” she said.

“People spend hours on filters and Photoshop. I’ll admit, I will sit there and pick the right filter, but once you do that and post it, you really just want the 'likes.' You get all the likes and then that’s it. Now what? What do you do with it? If you can look at yourself in the mirror without makeup and without re-touching, and feel like, ‘Yes! I like that. That’s me.’ You have to get to that point first,” she said.

Velasquez is not shy about admitting that this is sometimes easier said that done. But she finds meaning in the days where she still doubts herself. 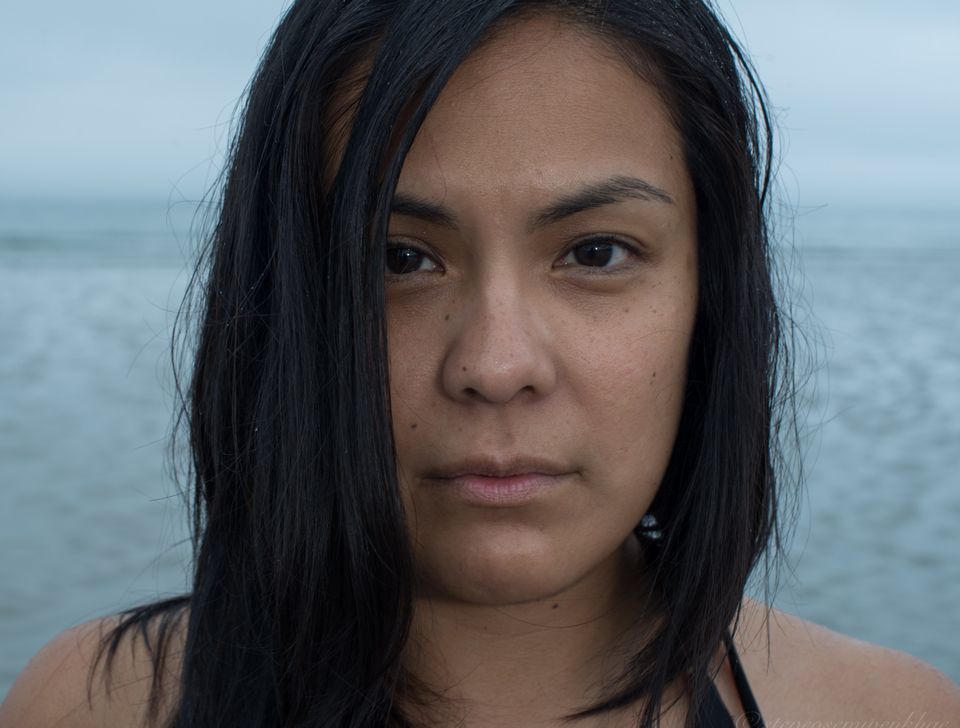 1 / 9
"A person's face is like a blank canvas. Makeup is the paint that dictates the mood of the piece. Everything a true artist creates is from the soul. Love, pain, joy transcends through every piece that is created as does makeup on a person's face." -- Vanessa Ly
Steve Osemwenkhae