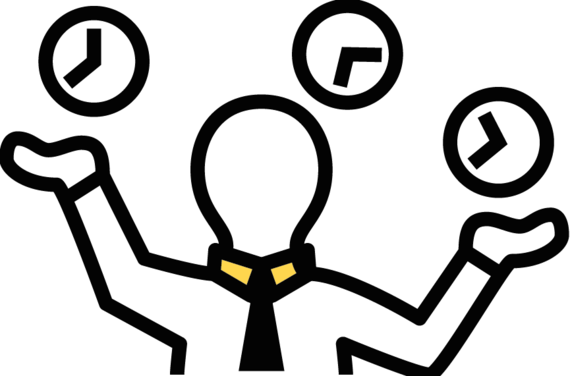 Business guru Peter Drucker called management "the most important innovation of the 20th century." It was well-justified praise. Techniques for running large corporations, pioneered by men like Alfred Sloan of General Motors and refined at a bevy of elite business schools, helped fuel a century of unprecedented global prosperity.

But can this great 20th century innovation survive and thrive in the 21st? Evidence suggests: Probably not. "Modern" management is nearing its existential moment.

Corporations, whose leaders portray themselves as champions of the free market, were in fact created to circumvent that market. They were an answer to the challenge of organizing thousands of people in different places and with different skills to perform large and complex tasks, like building automobiles or providing nationwide telephone service.

Said another way, they were built to extract value at scale, as efficiently as possible. Now that the game is changing, so are our ways of leading.

In recent years, most of the greatest management stories have been not triumphs of the corporation, but triumphs over the corporation. General Electric's Jack Welch may have been the last of the great corporate builders. But even Mr. Welch was famous for waging war on bureaucracy. Other management icons of recent decades earned their reputations by attacking entrenched corporate cultures, bypassing corporate hierarchies, undermining corporate structures, and otherwise using the tactics of revolution in a desperate effort to make the elephants dance. The best corporate managers have become, in a sense, enemies of the corporation.

The reasons for this are clear enough. Corporations are bureaucracies and managers are bureaucrats. Their fundamental tendency is toward self-perpetuation. They are, almost by definition, resistant to change. They were designed and tasked, not with reinforcing market forces, but with supplanting and even resisting the market.

So what is the role of enterprise today? And more specifically...

How should enterprises be organized to respond effectively?
What is the role of organizational culture?
How does that jibe with strategy + brand?
What does it mean to design an inspiring culture code?
And, how do emergent business structures factor in??

The single biggest reason companies fail, is that they over-invest in what is, as opposed to what might be. This is the core of the innovator's dilemma. The big companies Mr. [Clayton] Christensen studied failed, not necessarily because they didn't see the coming innovations, but because they failed to adequately invest in those innovations.

To avoid this problem, the people who control large pools of capital need to act more like venture capitalists, and less like corporate finance departments. They need to make lots of bets, not just a few big ones, and they need to be willing to cut their losses.

Which, necessarily, puts a whole new spin on what we've begun calling "leadering" (h/t to Peter Vanderauwera) - more on that to come. For now, this is summarized well in this recent report from consultants Wolff + Olins, based on interviews with 43 global CEOs:

"Technology is changing culture everywhere in the world, leading to the emergence of a new model of leadership.

For CEO's it's hard work - but worth it. They're finding that delicate balance between experimentation and stability, meeting targets and designing their machine. No longer ringmasters, these are leaders looking to people for creative responses to their searching questions.

Conversely, employees are now more confident, more mobile, more demanding, more idealistic in some cases, and less willing to be company people. Employees, more than ever, are individualists."

Fundamentally, as transaction costs go down, mass collaboration tools accelerate and the need for both radical transparency and constant innovation become the norm, the role and structures of enterprise organizations have no choice but to mirror these realities.

Peter Drucker saw this wave coming when he made this declaration, and it's now a widely held belief that culture is the prime driver of organizational performance, with many companies confirming that more than anything else culture exerts the most powerful influence over behavior. (For a nice summary on the twelve reasons why, check out this thoughtful slideshare.)

But what exactly do we mean by "corporate culture"? There isn't a single directive or definition of what culture looks like in the workplace--each organization works differently to craft their own unique culture code--but as ex-IBM CEO Louis Gerstner explained in his account of his tenure at IBM, "culture isn't just one aspect of the game; it is the game". He adds, [because] "in the end, an organization is nothing more than the collective capacity of its people to create value".

Meet the Top 25 Companies to Work For

So who's doing this well? Glassdoor describes themselves as "the world's most transparent career community that is changing the way people find jobs and companies recruit top talent. With a database of over 6 million company reviews, CEO approval ratings, salary reports, interview reviews and questions, benefits reviews, office photos and more, all of this information is shared entirely by those who know a company best -- the employees. Add to that millions of the latest jobs and you have a powerful resource for seeing which employers are hiring, what it's really like to work or interview there according to employees, and how much you could earn." Using their database, they recently compiled a list of the Top 25 Companies to work for based on culture and values. It's a good barometer of what is working now.

Corporate Culture hackers and managing to the "HCD"

I spent much of the past week with members of REX, the think and do tank formed to explore changes afoot as we move from transaction-based business models to relationship-centric ones. It's hard for most of us to imagine just how radically different things can and will look as structures are (re)built to earn trust and foster all the advances of a more open, social, transparent and continuously demanding society. Netflix and Google are among the growing number of companies that are sharing popular slideshare presentations on how they've built strong, responsive cultures.

We invite you, however, to really think about what radical change in our organizational models could look like? A powerful example has been set by Ricardo Semler, a business visionary in Brazil who In the 1980′s took over his father's company and set about modernizing management practices to form a new kind of industrialized democracy that has seen the company grow across a variety of industries from $4 million 29 years ago to $1billion+ today; further, in the worst 10-year recession in Brazil's history, revenues grew 600%, profits were up 500%, and productivity rose 700%. How?

Inspired by imagining what would happen to his company if he were hit by a truck, Semler decided that he would no longer manage to the lowest common denominator (LCD), but instead would lead from the highest common denominator (HCD); in other words, instead of assuming as CEO that he is the most motivated, qualified, invested, and experienced person to make decisions for the good of the company (old school), he realized that employees are inherently motivated and more than capable of making their own when empowered to do so (new school)--so that's what they do, from designing their own jobs and choosing their length of vacation time, to selecting their supervisors and defining salaries.

In this inspiring TED talk, Semler describes this radical uncorporate culture ("how to run a company with-almost-no rules") and how it has not only revolutionized business around the world, but is also now being applied to education.

So as you can sense, if "management" is dead, then perhaps there is an bigger question: beyond the culture of a company, what should the structure itself be? What about Holacracy? Wirearchy? Democratic Workplaces? Will we all need to become "Exponential Organizations"?

Just as there are now seemingly infinite education "pedagogies", the same is happening to business. There is no longer one way to structure enterpise output. And as replicating success gives way to navigating it, what do we really need to be paying attention to as we build the most effective paths forward?

Cultural Acupuncture is a highly curated collection of the ideas advancing our futures, fueling people to create the best future possible.