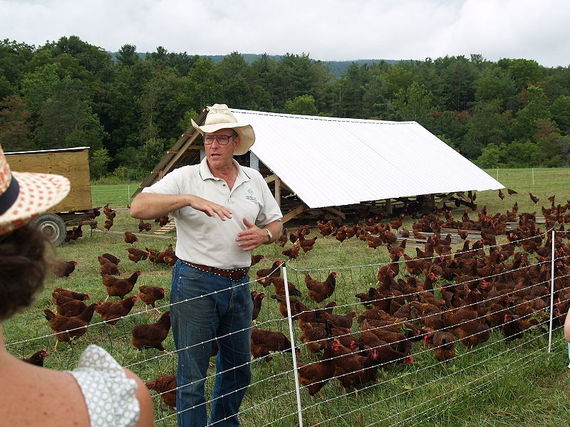 Recent polling indicates that Americans are more worried about chemicals in food than they are about added sugar, saturated fat, and sodium. Accordingly, food companies are removing some of the chemicals that consumers find objectionable, on health or environmental grounds. In another recent example of policy change in response to public sentiment, the U.S. Environmental Protection Agency voided its approval of the herbicide Enlist Duo, in response to a lawsuit by environmental organizations over concerns for endangered species.

Food is the basic way we fit into the web of life. We make choices about what to eat several times each day, day after day, over our lifetime. The impacts of those choices add up massively. By choosing organically grown food, we can take good care of ourselves and our environment. But when we opt for "conventionally," or industrially, grown food, we can harm ourselves and our environment.

Industrial agriculture uses pesticides, inorganic fertilizers, antibiotics, hormones, genetically modified organisms (GMOs), and other manufactured inputs. Organic producers instead apply compost, cover crops such as winter rye, and other organic materials to keep soil--and the plants and animals that grow from the soil--healthy. They also use management techniques such as crop rotation and companion planting. 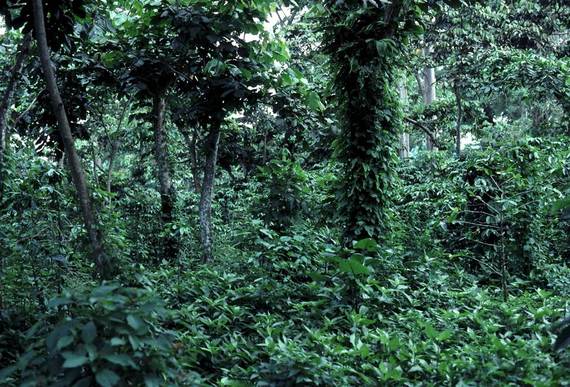 Unfortunately, organic growing methods minimize but do not completely eliminate pesticides, antibiotics, administered hormones, GMOs, and other problematic inputs from food. Amendments allowed on organic fields include manure from industrially raised animals and wood ash that contains radioactive cesium-137 released from nuclear weapons and nuclear reactors and taken up by trees. In addition, pesticides and GMO seeds and pollen from industrial fields may drift to organic fields. Still, eating organic goes a long way toward reducing contaminants in our food.

Our ancestors practiced organic agriculture for 12,000 years before the advent of chemically intensive industrial agriculture of large monoculture crops, which developed in the decades following World War II. Negative effects of industrial agriculture have become increasingly apparent--among them, soil degradation, "superweeds" and "superbugs" that adapt to whatever pesticides we throw at them, and elevated greenhouse gas emissions. Truly, it is organic farming, not industrial farming, that should be considered conventional. Industrial agriculture deliberately uses synthetic poisons on our food and genetically engineers our food by mixing genes of different species together, practices that should seem pretty crazy to consumers. By these measures, industrial farming should even be considered reckless. 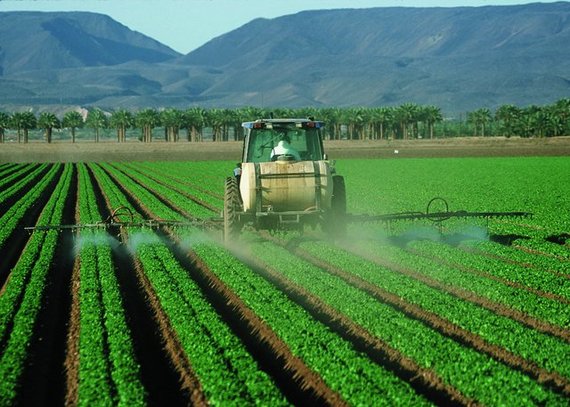 How Eating Organic Benefits Us 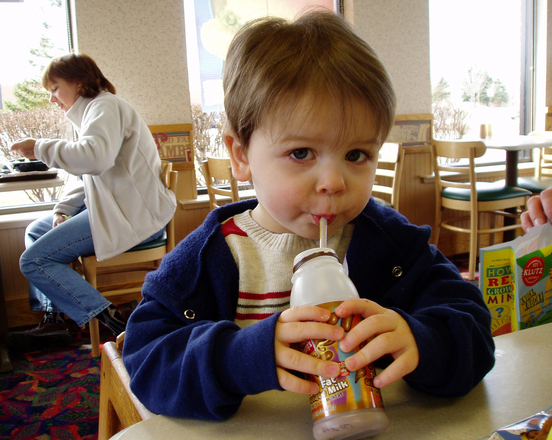 Would you give a child industrial-raised cow's milk to drink if you knew it could contain as many as 20 drugs and hormones, including antibiotics, painkillers, steroid and sex hormones, and anti-inflammatory and antifungal drugs?
Credit: Cindy Kalamajka/http://www.freeimages.com/photo/fast-food-kid-1531111

How Eating Organic Benefits Our Environment

Why Not Eat Organic Food?

Organic food costs more in the short-term. However, organic food may cost less in the long-term by reducing lifetime health care costs. Coping with any of the illnesses linked to pesticides--such as cancer or Parkinson's disease--costs money for medical services and time lost from work, not to mention potentially reduced quality and quantity of life. Many people don't eat organic food simply because they don't have access to it, particularly in "food deserts," which are urban neighborhoods or rural towns without ready access to fresh food.

To be the best we can be, we should eat the best food we can--starting with cleaner ingredients that don't wreck the planet on which our food is grown--or the people growing it.