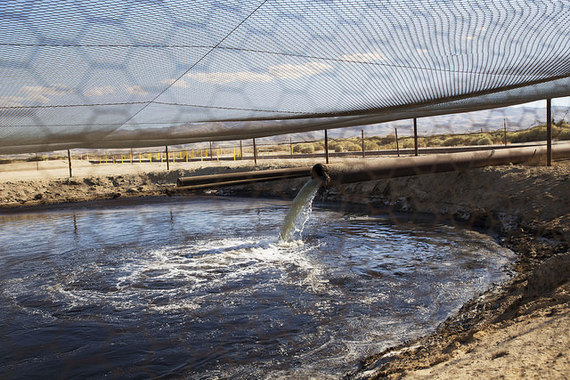 Clean water is essential to human health. That's why we're marking National Public Health Week in part by calling on the U.S. Environmental Protection Agency to revise its widely panned conclusion from last year: that fracking poses no 'widespread, systemic' risks to our drinking water.

Under congressional mandate, in 2010 EPA undertook a massive, five-year examination of hydraulic fracturing sites across the country to assess drilling's impact on the nation's drinking water supplies.

The study's top line conclusion--immediately seized upon by the oil and gas industry as justification for weak or nonexistent regulation--belied the agency's own research, as well as mounting scientific evidence of fracking's harms.

The study has come under fire from EPA's own panel of science advisors, who have been meeting since last October to review it and suggest potential revisions.

After multiple meetings, conference calls, and public comment periods, the science panel's feedback has remained steady. In the fall they raised concerns over the data gaps in the report and the study's topline conclusion. Last month, they reiterated that the report's "major findings are ambiguous and appear inconsistent" with the rest of the study. And just last week during a public teleconference, they maintained the study was vague and in need of clarification.

The science board also criticized the report's inexplicable exclusion of Dimock, Pennsylvania; Pavillion, Wyoming; and Parker County, Texas; where water became so contaminated that residents could no longer drink water from their own tap.

The EPA study made another questionable omission by failing to examine how the underground injection of wastewater -- containing hundreds of toxic and even cancer-causing chemicals -- threatens rivers, streams and drinking water.

The study's conclusion also contradicts a growing body of scientific evidence against fracking. For example, a paper published in the Proceedings of the National Academy of Sciences found fracking chemicals in nearby drinking water wells.

Another recent report on peer-reviewed studies found that 72 percent of them showed "indication of potential, positive association, or actual incidence of water contamination."

And Duke University researchers have found elevated and sometimes dangerous levels of methane in drinking water wells near fracking operations.

Even state governments, most inclined to favor fracking, have found widespread harm. Regulators in Pennsylvania, Colorado, and New Mexico alone have documented more than 1,000 cases of surface and groundwater contamination linked to fracking and other oil and gas development.

This week my staff produced a short video that details all the ways in which fracking threatens our health, and until we ban fracking altogether, we must do all we can to mitigate these threats. A reversal of the EPA study's main finding could increase pressure for regulations or limitations on fracking - which would not come too soon for communities on the front lines of fracking's harms.