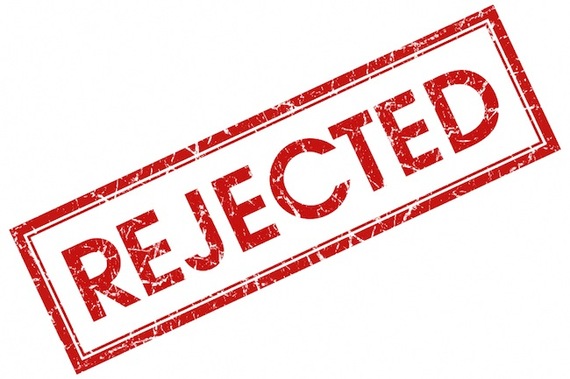 I am going to write this week about an issue that is deeply personal for me. I will write about the experiences I have had over the past year with rejection and failure, which over the past year I have had an awful lot of. I will write this blog chronologically, and will start off by discussing what I was doing one year ago today. I am sure that all readers of this blog will be able to relate to what I write here. After all, we all suffer rejection at some point in our lives. And if we don't then we quite simply have not lived, or otherwise have not tried anything.

One year ago today, I was attempting to write the thesis report for my Master's degree, along with living and working on the family farm. At the time I was really struggling to put words onto paper. Actually, I was considering dropping out entirely from my degree, despite being at a very late stage of the Course. I happen to remember the exact moment when I decided not to drop out. I was in the sheep yards at the time, and was trying to move some sheep that just didn't want to go anywhere. It must have taken the best part of four hours to get them all drafted. A point by which the stress levels felt by both myself and my father were at the point of maxing out. It was then that I suddenly decided that everything in life is just hard, and giving up should never really be an option.

What I had done for my thesis methodology is to construct a survey, which would be answered by restaurant and retail meat-consumers. I had tried for months to work with an exporting company in NZ, and gain access to their customers, but time and time again they kept delaying me. Eventually I decided to approach retail outlets and restaurants directly, both (face-to-face) here in NZ, and by email for outlets overseas. I had sent over one hundred surveys and had gotten exactly zero replies. This had obviously been very disheartening, but at that moment in the sheep yards, I suddenly decided I wasn't trying, I was whining. So straight away I decided to go absolutely nuts with sending out my survey and approaching restaurants. The result? By the end of August I had sent out that survey over one thousand times, and had gotten 50 completed. In September I got a B mark for my thesis and in November I graduated from my Master's degree with an overall mark of B.

It took a little bit longer for me to apply the same sort of relentless persistence to the job front. Obviously I started applying for various things long before my Post-Grad degree was completed. Over the year prior, I probably applied for about 40 positions. Although I had had a few interviews, they hadn't really gone anywhere. On two clear occasions, the person selected above me hadn't been as qualified or as experienced, but always seemed to have a well-connected family member somewhere. But I realised that I couldn't ultimately do anything to make individuals (or potential employers) decide in a certain way. By November, nothing had been forthcoming. So I decided to go full-on with applying, and for the next three months I applied for well over 200 positions. The result? Three interviews and zero job offers.

Upon my repeated failures throughout December and January, after moving off the farm and to the city, I came to the conclusion that persistence and hard work is not enough. I realised that you need to be smart, and in my case I needed to be really smart. When I looked across at my peers, I could have become further disheartened, as most of them had gotten the first job they applied for. I wondered why this was; why did they get the first one they went for, whereas I couldn't get one out of 250. The big difference I realised was that whereas they simply had Bachelor's degrees, I had both Bachelor's and Master's degrees. They had also had the advantage of working full-time for a few years, while I was doing my Post-Grad study. I found that potential employer's saw my Post-Grad study as almost an admission of failure. It was sort of like I had done it as an alternative to launching myself full-time into the work force. This was I think, the real reason why I had had no luck. There also continued to be some dubious selection processes being done by the potential employers'. But at the same time, I could see that it was going to do me no good to sit around worrying about it.

So by the beginning of February, I decided to sit back and fully assess my current position, and what was the best way to move forward. This assessment started with thinking about where I ultimately wanted to be in 20 years, and working backwards from there. I also really sought to apply this Elon Musk quote to my life, which was, "it's important to keep yourself grounded in reality, but don't delude yourself into thinking something is working when it's not". Basically what I decided is that I had been deluding myself into thinking that Post-Grad study and the job applying stuff would ever work for me. What had worked for me in a financial sense at least, had been stock and derivative (CFD) trading, for many years in fact. I decided that I if I just did more of that, and on a bigger scale, I could effectively become my own income maker. So, I did. And guess what? I am my own income maker. Now this money problem was out of the way, I could do what I really wanted to do, which was write. Not these blogs, but full-on fiction book titles. So during the months of February, March and April I wrote a 55,000 word e-book. Admittedly I haven't made millions from this, but I have done ok. Right now, I am part-way into writing the first title of a Novel series, and have made some great contacts in the US publishing world.

The result of my journey over the past year is that my future is now completely in my hands. I know beyond a shadow a doubt that I am the maker of my destiny. The past few months in particular have provided me with a real vision and realistic path for the future that I don't think I would ever have developed had I got one of those 250 jobs I applied for. I think that my experience shows that failure should not be the end. In fact, failure and rejection are things that can be learned from, and can be useful tools for re-shaping your life direction for the better.

I will finish here with a quote from Michael Burry, which he said at his UCLA Economics Commencement Address in 2012. What he said was, "accept the world for what it is, work hard to exploit the opportunities it presents, and try to do so in as just a manner as possible" What he meant by this statement is that as individuals, we need to accept that the world is unfair, but at the same time we must also recognize that there is always a future, even if that path may be unconventional. This statement of Burry's perfectly sums up my lessons in the past year. And whether it does or doesn't for all of you readers, I am sure that his words (and his speech) are thought provoking.