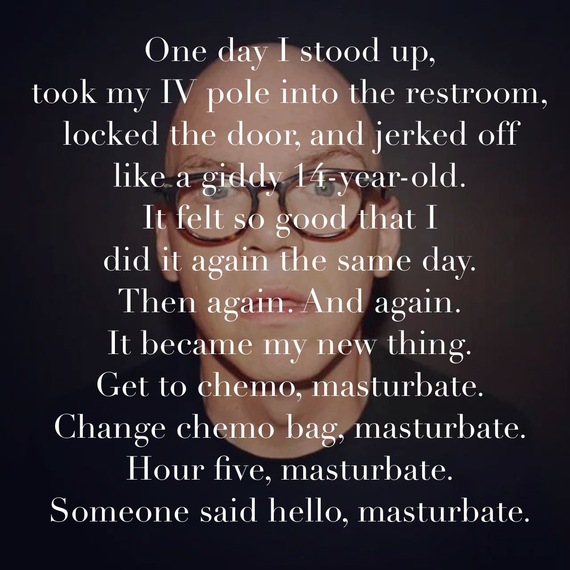 First they tell you you have cancer. Fine, that sucks. Then they say you're going to need chemo. OK, not fun. Oh, and you're going to lose your hair. Whatever, it's just hair. Anything else? Nothing? Oh wait, you're also going to need to have a couple of teeth pulled. Wait, WTF?

I was sitting in the dentist chair getting a simple checkup before I started chemo a week later. This is just a checkup, I thought. I never imagined I would need anything serious done outside of a filling. Turns out, I needed a couple of things done.

"You have three options," the dentist said. "You can treat the infections and delay chemo," not an option, "do nothing and hope the infections don't become worse because of the chemo," like, lose all your teeth worse non-option, "or have the teeth pulled and replaced after chemo."

Yeah, those aren't options. Options are things that are equally feasible, rational and reasonable. I was offered a dental hygienic hit list.

Of course, I went with the third and had the teeth pulled. As I sat in the chair, my mother sitting across from me, I began to cry. It was the first time I had cried since the surgery three weeks before that removed the cancery tumor. My mother took my hand, helpless before her 30-year-old weeping son, unable to fix this as she had fixed everything for so many years.

Cancer had taken so much from me, and now it was taking my teeth? I'm not a vain person, but I like having teeth. I'm a stand-up comic, so looking below average is basically a requirement in my business. Frankly, looking like total shit would probably help my career. But I wasn't ready to give up my Hollywood dreams and become a headlining comic in Alabama -- no offense if you're reading this from Alabama. I'm talking about everyone else, not you.

The teeth were pulled, and I started chemo. As the months passed I lost my hair, gained weight and remained toothless. I was a young, single man living in Los Angeles. My fuckability rating dropped at a dramatic rate with each passing day. It's as if I was losing myself, starting with the body that I used to work so hard to keep below average.

I loved it so much that I started doing it everywhere I went (which was limited, because cancer). Target, gas stations, friends' homes, gyms, medical buildings -- you name it, I jerked off in it.

It gave me life, something that I was seriously lacking at that moment. Fat, bald and toothless, I felt like the person I used to be when I masturbated.

Eventually I finished chemo, grew my hair back, and slowly got back to my original weight. But the teeth, that's been two years in the making. Soon my last fake tooth will be put in, and I'll end a chapter of my life that contained (literally) so many gaps.

This piece was originally published on Thought Catalog.