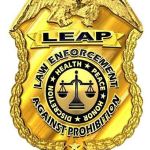 Former DEA Senior Intelligence Research Specialist, Sean Dunagan and his family had to be emergency evacuated from his post in Monterrey, Mexico due to violence and threats 25 years after the death of Kiki Camarena. He is now a speaker for Law Enforcement Against Prohibition, a group of law enforcement officials who, after being on the front lines of the Drug War, now advocate for its end.

This February marked the 30th anniversary of the brutal murder of DEA Agent Enrique "Kiki" Camarena by members of the Guadalajara Cartel in Mexico. Camarena, a former police investigator, firefighter, and U.S. Marine, was kidnapped off the street in broad daylight, taken to a ranch owned by drug kingpin Miguel Félix Gallardo, and subjected to 30 hours of unimaginable torture. His body was found nearly a month later in the state of Michoacán. The killing prompted an unprecedented response by DEA and other federal law enforcement agencies that included kidnapping two of the suspects involved in the killing and transporting them without legal authority to the United States to stand trial.

News of the murder brought the brutality of the Mexican drug trade to the American public's attention in a new and visceral way and added fuel to the government's Drug War. Invoking Camarena at a meeting of the White House Conference for a Drug Free America, President Reagan went so far as to charge that, "this country's casual marijuana users cannot escape responsibility for their fellow American's death, because they, in effect, bought the tools for his torture."

Reagan's sentiment is illustrative of the warped logic of the War on Drugs which fails to recognize that the murder of Kiki Camarena, like the murders of somewhere between 60,000 and 125,000 in Mexico over the past 10 years, were preventable tragedies that result not from the activities of "casual marijuana users," but the failed policy of prohibition.

The Mexican drug trade is a multi-billion dollar per year industry. In the absence of a legal, regulated market (like those for alcohol and tobacco), it is an inescapable economic reality that criminal organizations will step in to fill that void. This ensures that the production, distribution, and sale of marijuana and other illegal drugs will be accompanied by acts of violence.

The legend of Kiki Camarena looms large in the organizational culture of DEA.
He is remembered and honored as a hero, and I am in no way suggesting otherwise. But we must acknowledge that his murder was a natural and predictable consequence of our public policy decisions regarding illegal drugs. It is hypocritical for policy makers to decry the mounting death toll in Mexico, gang violence in every major U.S. city, and the murder of Kiki Camarena while simultaneously supporting a Drug War that guarantees the continuation of such tragedies.

The very first name on DEA's wall of honor, which memorializes agents killed in the line of duty, is Stafford E. Beckett. He was killed executing a search warrant on suspected whiskey smugglers near El Paso, Texas. Twelve years later, in recognition of the fact that alcohol prohibition had failed, Congress and the states ended that policy via the 21st Amendment to the Constitution. The continuation of alcohol prohibition would not have honored Beckett's memory, and the perpetuation of modern drug prohibition does not honor Kiki Camarena's either. The continuation of drug prohibition guarantees that the senseless loss of human life, like that of Kiki Camarena, will continue. It's time for our country's leaders to acknowledge that reality and end the failed War on Drugs.