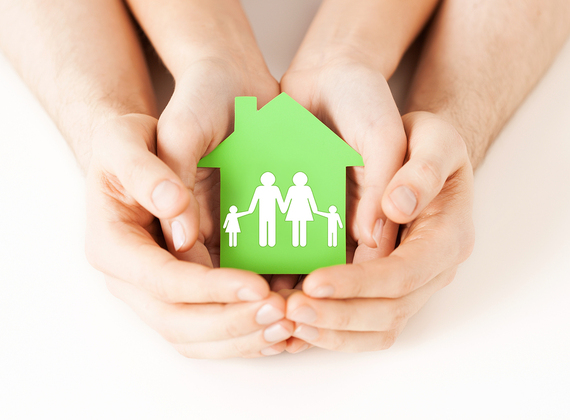 If you're not divorced, I bet you know someone who is. Today, divorce is as common as finding toilet paper on sale at the supermarket. It's not good. To clarify, I'm talking about divorce, not the sale.

When you add children to the equation, divorce gets more complicated and can easily tear families apart, especially when the parents can't communicate with each other and can't learn to co-parent effectively. It's not pretty.

As a divorce attorney, dealing with custody battles and "adult bickering" make me want to pull whatever hair I have left out. When the children are stuck in the middle, it puts them in a hard spot and the effects on them can be irreparable. Children are adaptable, but only to a point. It always makes me sad to see parents who can't put their children's interests ahead of their own disdain for each other. It doesn't have to be that way.

If your children only witness toxic parenting and constant parental fighting (even after a divorce) odds are they will grow up with a warped view of what constitutes a healthy relationship (at best), or turn out to be just like their parents and continue the bad cycle of relationship dysfunctionality (I'm not sure that's a real word, but I like the way it rolls off the tongue. Try it).

In most states, the divorce law is geared to preventing unwanted drama toward the children and creating settlements and divorce judgments that have the best interests of the children in mind. At least, that's what the court's aim to achieve. Unfortunately, it doesn't always happen.

The fact is that parents don't need to wait for a divorce judge to tell them what to do. They can do it themselves if they want to. But, that requires waiving the desire to "hurt" your soon-to-be-ex and make his/her life miserable during and after the divorce is over. And that requires a high degree of emotional intelligence and insight, which most people going through a contested divorce seem to lack.

Don't get me wrong, I'm not saying this is all easy squeezy to do, but it all comes down to my mantra when it comes to divorce.

"Divorce is nothing more than a business transaction."

It's when you let emotions take over, you stop thinking rationally and start acting irrationally. I'm not saying you should treat children and custody as a "business transaction," not at all, but such issues should be treated with common sense, rational thinking and a view as to what is really best for the children. More often than not, that means getting both parents involved on a regular and consistent basis in the children's' lives.

If you find yourself in a contested divorce where custody and parenting time are major issues, here are some tips on how to approach resolving your disputes so the end result is one where your children will both love and respect both parents. Obviously, these tips won't work for every situation, but they will for most, absent some extreme circumstance in your particular case.

1. Don't ask for a parenting time schedule that is unreasonable. If a stranger walked up to you today and asked you to give him/her a million dollars, would you? Assuming you didn't have a gun to your head, even if you had the money, you probably wouldn't even consider such a request without getting more information about why this person needs that much money. Such a request is unreasonable. So is asking for all the major holidays in a parenting time negotiation. If you are not reasonable, how can you expect your ex to be?

2. The focus of agreeing on a parenting schedule should not be child support. In most states, child support is calculated using a formula that has been pre-approved by the courts. The major factors of the formula are generally income and how much time each parent has with the children in a given month. The parent with more physical custody usually gets more child support. Of, course, each case is different and there is no one size fits all calculation. My point is don't make your custody demands based on how much child support you might get. Again, the focus should be on the children and coming up with a schedule that is optimal for them and both parents.

3. Put yourself in your children's shoes and stop making decisions based on what you want. In a contested divorce, it's easy to get caught up in the emotions and trying to "win" over the other side. Don't do it. Young children typically just want to be loved by mom and dad. They don't want to the subject of a tug of war game between their parents. Would you? Can you come to a custody arrangement that they are happy with, even though you might not be? Now, that is putting your children's well being ahead of your own. It's hard and not everyone can do it, but if you can, you and your children will be better of in the long term.

4. Don't use custody and parenting time as weapons against your ex. Maybe there is something in your case that would allow you to get the proverbial upper hand in choosing a parenting time schedule. That doesn't mean you should play that card. Divorce is not about inflicting pain on your ex, even though many treat it as such. If you truly care about providing the most well balanced life for your children and assuming there are no other extenuating circumstances, try to come to a custody arrangement that is balanced, fair, reasonable and allows for your children to maintain healthy relationships with both parents.

5. If you can't come to an agreement yourselves, get help from a neutral third party rather than using the courts. Divorce is hard, no doubt about it. Sometimes, two people can't get out of their own way to find common ground and settle their issues. That's ok...if they both can at least agree to hire someone to help them find that common ground because it does exist. Mediation is a great way to achieve this. It's cheaper and quicker than going through the courts. But, in order for it to work both parties have to engage in the process in good faith looking for a solution. Otherwise, you are just wasting your time and resources. Hire a mediator well versed in divorce in your state and who you both feel comfortable with. Interview two or three mediators if you have to before choosing one. Mediators are not all created equal, but the most expensive ones aren't necessarily the best either.

Jason Levoy a/k/a The Divorce Resource Guy is a divorce attorney who coaches people who can't afford an attorney how to represent themselves with confidence and integrity in their divorce. In addition to writing for major publications, he runs a premier online divorce membership community with video courses that teach you how to represent yourself like an attorney. Learn more about this unique divorce resource by clicking the link above, or at www.jasonlevoy.com.

A divorce attorney who coaches people who can't afford an attorney how to represent themselves with confidence and integrity.