The first step to a successful Mars simulation is not crashing on the way up the volcano.

It's 2:09 p.m. Hawaii Standard Time on August 28, 2015. A white cargo van trundled its way over red-gray lava field trying not to break an axle. The one-year mission to simulated Mars was slated to start in 51 minutes. Inside the van, the crew of the fourth Hawaiian Space Exploration and Analog Simulation (HI-SEAS) was already multitasking like crazy.

We cradled scientific equipment, musical instruments and laptops in our arms while clinging to our seats and trying to enjoy a last look at Earth before reaching our destination: a 1000 square-foot dome on the north side of Mauna Loa.

This white dome will be our home for the next 365 days. 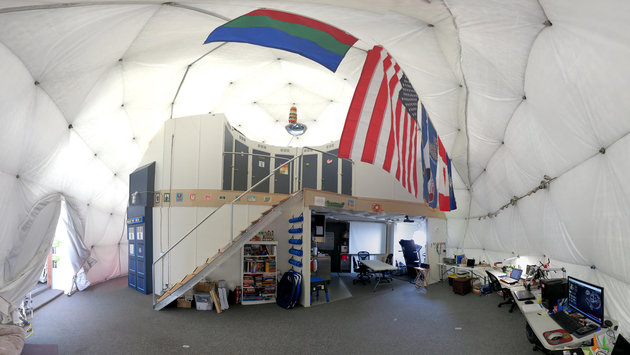 Inside the habitat, made to look as Mars-like as possible, we will perform a series of NASA-funded experiments that hopefully, someday, will culminate in humans making our way to the fourth planet from the Sun. During our mission, the fourth of its kind at the HI-SEAS facility, we never actually leave Earth. We will leave the dome itself only a few times a week, and then, only in space suits. On the rocky, unforgiving hillside we planned to live and work in near-isolation. All communication with the outside world will take place with the same 20-minute delay that the Martian rovers often have with the crews controlling them back on Earth.

That is, it will, just as soon as we make it up the mountainside. 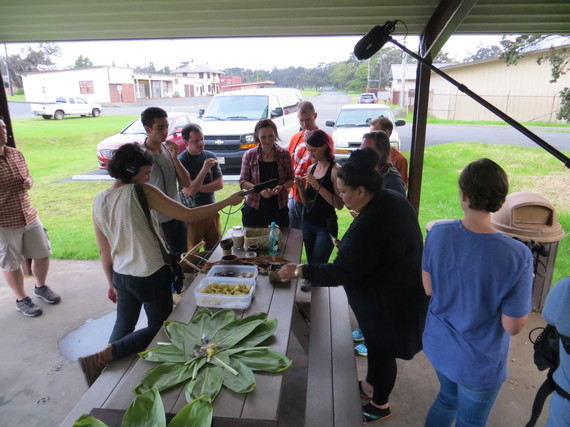 As they have been all week, the camera and radio crews were gamely keeping pace behind us. For a long-time journalist, and near-as-long-a-time scientist, the sudden shift in perspective is somewhat dizzying. I should be on the other side of the mic, of the camera. Of the world, really. In a lab somewhere, or in a hospital. My white coat and leather doctor bag are almost within reach, packed next to hiking boots and trekking poles.

Over the last week, I've swapped air conditioned corridors for lectures on spacesuit maintenance and nine-mile geology hikes through the wilderness. On one of these treks we learned about the different types of lava in the area around the dome, including the sharp black type we were -- very slowly -- driving over just then. Aa is the name of the rock. "AAAAAAAHHH!" is the sound that you make when trying to traverse it.

The bulk of the van swayed sharply to the left. Right on cue, the crew said, "AAAAHHHHH!" and began laughing. After a few moments, the quiet descended again, and stuck. The rubber of the tires ground painfully against the iron-laden ground. We surged forward.

What do you say during your last few minutes "on Earth"? The door of the dome will close. When it does, until August 28, 2016, we'll lay down our iPhones. We'll pick up telescopes and tweezers, try to conserve power and water, rehydrate food. Between making the science happen, cleaning house (dome) and shooting outreach videos, we'll all have more to do than can be done in a year.

Yet, I somehow fear not being able to fill all those minutes of time.

This is, of course, thoroughly irrational. I've seen our schedule. It's enough to give a posse of hard-core overachievers a migraine that lasts for months. Also, as a veteran of space simulation, I have insider information. Being locked in a can with folks who know more than a few goofy space jokes passes the time like nobody's business.

Still, at 7,000 feet, with nearly 2,000 left to go, it felt as though time and space were stretching themselves out. Dilating, as the pupil of an eye gazing into a dark room. Trying to gather in all the light. Trying to see everything that could be seen.

Goodbye to green -- that is, until we grow some ourselves inside the dome. Carmel, the mission commander, sitting a few seat ahead of me in the van, has big plans to grow an indoor garden of epic proportions. All it's going to take is some tubes, some water, a handful of seeds and some fish (poop is plant food).

Cyprien, the french astrobiologist, has similar plans. His little garden is already taking root in clear plastic tubes, which he worries over like a father. As for me, I have a bunch of tools, pills and techniques I'm praying not to use. May they gather dust as my crew remain safe and healthy over the next year. 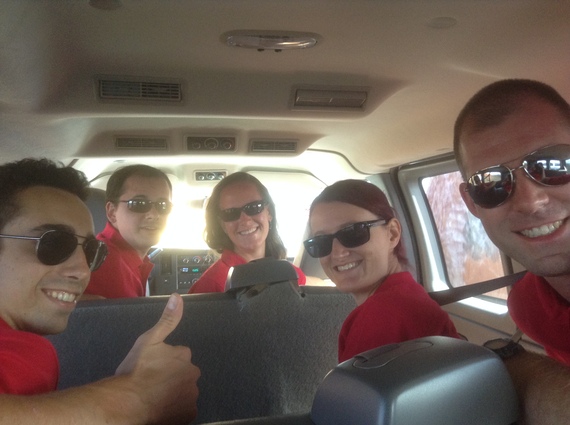 We had a few minutes more to the top. I took a photo of the alien landscape and sent it to my husband. He responded with a picture of our cat. Which is... pretty much his response to everything.

We've been asked non-stop what we're going to miss about Earth. Our loved ones, naturally, is the answer, followed by what you would expect: running, swimming, forests. Rain falling on our faces. Sun warming our skin. Wind -- the sound and the feeling of it -- just about anywhere.

My typical answer is that I will miss unanticipated chaos -- that thing that happens when you put the people of Earth together at random and stir. I'll miss passing people on my bike at high speed and seeing their surprise. I'll miss hearing glass shatter loudly in restaurants, and the sighs of sympathy that follow. I'll miss street musicians.

A few days before flying to Hawaii, I stood on a sidewalk in Burbank, California, after having dinner with friends, and listened to a man play "Ain't No Sunshine" on an electrified classical guitar. There are no street musicians on sMars. The only music there is what we bring with us, and what we manage to make with the few instruments we're carrying in now.

For as much as I will miss the sudden randomness of life on Earth by being in a Mars simulation, what I may miss even more, strangely enough, is mundanity. Waving to the neighbors. Watering the garden. Nights on the porch under a bower laden with tree frogs. Many people, on occasion, get into vessel and make their way somewhere wacky. Pictures of the cats appearing at random intervals during the day: that's the stuff of life.

The van suddenly rounds the corner onto the flat plain where the dome was planted in 2013. Improvements have been made over the previous three missions, but we're promised that, as surely as the Sun rises and sets, even on Mars, things will break.

Things will break. We will not. How I know that I just can't say. I think it's because we prefer to laugh more than we like just about anything else. Even science. Even being astronauts for a year during NASA's longest planned Mars simulation. More than cat pictures, more than the Internet, even. Where we're going we'll take our cameras to record things, our instruments to affect changes in the environment, and our humor, to keep the whole thing hanging together.

In a few moments, in matching red polo shirts, the crew will pile out of the car. We'll make our way to the front door. That part of the path has been cleared of the "AAAAAHHHHH!" The rest of the world, our tiny world, has been left for us to find. Broken. Unbroken. In a tangled, fantastic disarray.

We made it this far. I can't see us not going forward, together, unto whatever waits beyond the horizon. 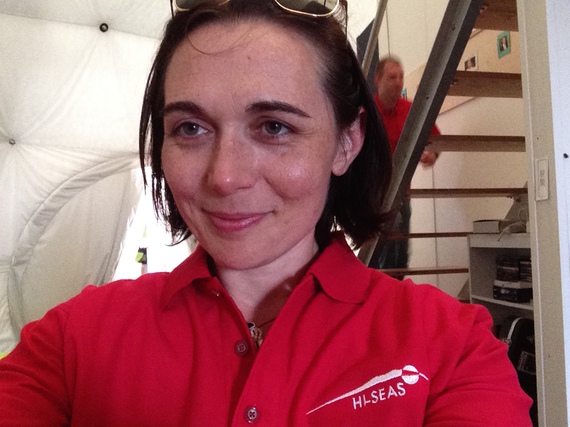