When you hear the word "immigrant," what conjures up in your mind? Is it illegal vs. legal immigrants, contentious debates over immigration reform or the Arizona lawman, Joe Arpaio, who styles himself as "America's toughest sheriff"? Chances are that most people are not aware of the fact that nearly one of every four Americans -- 70 million -- is an immigrant or the child of parents who came from abroad.

Immigrants come to America for a number of reasons: to escape persecution, to get post-graduate training, to enter the work force and have a better future for themselves and their children. Immigrants have made seminal contributions in academia, business, entrepreneurship, innovation and in groundbreaking scientific discoveries. In 1906, 30 percent of all U.S. Nobel laureates were foreign born. The percentage has been as high as 39 percent in the 1950s. 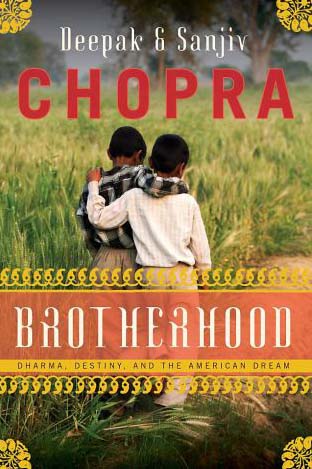 America is an immigrant country, but the American identity isn't an immigrant identity. These two ideas contradict each other. Many of the thorny issues involved in immigration reform get stuck because of that. One kind of immigration (arriving long ago) makes you more American than the other kind of immigration (arriving recently). There is social pressure to forget your old identity and assimilate quickly, yet even if you succeed at this, forced amnesia has its price in loneliness and anxiety over belonging to no country at all.

As first generation immigrants, we have gone through the process of willed amnesia. We were lucky to arrive in the '70s, when the Vietnam War caused a doctor shortage. We had medical degrees in hand, and there was a community of Indian doctors in Boston that we fit into while making the transition to "real" Americans. So it's troubling that the country seems to be more hostile and suspicious toward immigrants of every sort, including those who earn university degrees here but are not allowed to get work without returning to their home countries first.

After 9/11, and with the dramatic rise in illegal workers from Mexico, the case for immigrants feels like guilty until proven innocent. One's heart sank when the two Boston bombers turned out to fit the stereotype of angry Muslim males who hated the country that had given them asylum. One's heart rose when the New York Times reports on a study showing that the health costs for illegal immigrants is less than the cost of caring for a native-born person. (Of course, giving medical care to undocumented immigrants is largely a subsidized venture and a burden on the whole health care system -- no one can deny that.)

But, then, prejudices about undocumented immigrants as freeloaders aren't going to change simply by airing the facts. Guilty until proven innocent holds too much sway even if you arrived legally. To be really successful at turning into an amnesiac, the best tactic is to be born the child of immigrants. Your parents will have worked so hard to disguise their foreign roots that you have a good chance of not knowing they exist.

Assimilation is ambivalent, a happy/sad, win/lose affair. It could hardly be otherwise. At the present moment, during one of America's periodic waves of hostility toward immigrants, we are suspect outsiders. The animus of toxic nativism is doubly ironic. Those casting suspicion must first forget that they themselves came from immigrant stock, while the accused must work as hard as possible to agree with their accusers that forgetting where you came from, as fast as possible, is your only defense.

Community hospitals were anxious about staffing, and so an active outreach began -- foreign doctors were made to feel desirable. Not that India wanted us to go. Deepak had to travel to Sri Lanka and Sanjiv to Hong Kong to take the necessary qualifying test to come to the U.S. since India had banned it. We were allowed to take only a few hundred dollars in currency with us. When we arrived here, the jobs existed, as promised, but the welcome was more a push/pull. American-born doctors were suspicious of anyone with foreign training. Deepak's first appearance in print was a letter to the Boston Globe protesting a prejudice against Indian physicians that became stronger in the Eighties once Vietnam was over and the doctor shortage a thing of the past.

Psychological survival meant relying on the time-honored mechanism of the immigrant community. Ours was peculiarly select. It consisted of poor Indian doctors living in the largely black neighborhoods of Jamaica Plain in Boston, where rows of cheap apartments served as the temporary shtetl (the term "Indian diaspora" came into being, although this appropriation isn't something to be proud of -- Indian emigration is voluntary, not forced, and unlike the Jews, we've always had a homeland).

It took a decade or so for the shtetl to move to the suburbs. Jamaica Plain was all about curry, beat-up VW beetles, and lonely wives whose husbands slept at the hospital. With prosperity came backyard barbecues, Scotch whiskey, and husbands bragging about their first Cadillac. Willed amnesia became fun. We were fortunate. Our choice to assimilate wasn't made under hostile scrutiny, unlike the fate of today's poor Mexican-Americans or religiously conservative Muslims.

A combination of anxiety and ambition drove the founders of the major Hollywood studios. Five studios were founded by Polish Jews born within the Czar's pale of settlement. These early moguls did everything they could to disguise their origins -- sometimes their own children weren't told -- but familiar scenes in Hollywood movies were linked to ancestral memories: the bad guys riding into a Western town at night to burn it to the ground echoed mounted Cossacks burning down Jewish villages during a pogrom.

The darkest suspicion that can be aimed at immigrants is doubt over their desire to become "us," because remaining "them" is always a threat. After 9/11, many observers were astonished that the band of terrorists who crashed the planes weren't seduced by their stay in America. Embedded for months in Florida, Las Vegas, and elsewhere, the terrorists partook of American luxuries, but they hadn't been seduced. Their hatred only deepened. Now there seems to be a pervasive feeling that other immigrants might follow the same path.

Sikhs wearing their traditional turbans look like Muslims to many Americans and suffered for it in the aftermath of 9/11. A harsher spotlight shines on immigrant Muslims who want to retain not just their costumes but their own private schools, the madrassas where strong emphasis is placed on the Koran. In essence their desire to retain a strong religious identity and aloofness from American culture is the same as that of ultra-orthodox Jewish groups and Hasids. The political difference, however, couldn't be greater. (The Muslim connection to the two Chechen brothers behind the Boston Marathon bombings will probably add to the general suspicion, even if overt Islamophobia remains confined to the harsher corners of the blogosphere.) Historically a stigma was attached by turns to the Irish, Italians, and poor Russian Jews as their waves of settlement arrived. "Anarchists" and "Reds" were secretly infiltrating and subverting American society a hundred years ago when imaginations were as inflamed as they are against Muslims today.

Only now a tipping point has been reached, the so-called demographic time bomb. The influx of illegal immigrants, combined with higher birth rates compared to the white population and a preponderance of young people, has skewed immigrants as never before. As of 2010, the Census Bureau reports that 12.9 percent of the population is foreign born. The last presidential election exhibited how strongly this growing cohort has skewed toward the Democratic Party, creating anxiety and soul-searching among the Republicans. Young voters tend to become imprinted with the political party they first vote for. Among the so-called millennial generation, the skew to the Democrats is strong in general but overwhelming when it comes to Asian-Americans, for example.

The children of the foreign-born are succeeding in their aspirations. According to a 2013 Pew Research study that profiled the 20 million children of immigrants who have now reached adulthood, they are outpacing their parents in college degrees, household income, and home ownership. The generation of Indians that we represent quickly shed the anxiety of assimilation -- at least we thought so -- but this new generation's anxiety is about being too successful at the game. Some universities are having to confront suspicions about an Asian quota (heatedly discussed in a recent Times discussion). Such a quota probably doesn't exist. The most prestigious colleges have embraced an influx of Asian students. CalTech is typical, reporting that its freshman class in 2008 -- last summer's graduates -- was 40 percent Asian, compared with a total U.S population that is only 4 percent Asian. The number has only increased, so that the brilliant home-schooled Asian kid has become a stereotype.

Are "they" taking over, or will this new slice of "us" be the most useful immigrants ever, taking care of an aging population, doing the menial jobs that no one else wants, competing in technology with China, lowering the age of our workforce compared with Europe, Russia, and Japan, and in the end swinging national politics leftward in the direction of social justice? We can only surmise. But it was poignant to attend a recent charity event where young Indian-Americans were asked to help the poor in India. They gave lavishly, with tears in their eyes, and more than one said, "I never had any idea that things were like that over there." Our amnesia has become theirs, except that they have nothing to forget.

Deepak Chopra, MD, FACP, is the author of more than 70 books with twenty-one New York Times Bestsellers in both fiction and non-fiction. Chopra is the Founder of The Chopra Foundation, co-author with Sanjiv Chopra, Brotherhood: Dharma, Destiny and the American Dream

Sanjiv Chopra, MD, MACP is professor of medicine and faculty dean for Continuing Education at Harvard Medical School, and author of seven books including, Leadership by Example: The Ten Key Principles of All Great Leaders.