NEW DELHI -- December began with India's Parliament consumed in a passionate and sometimes hot-tempered debate on the mounting intolerance raging rampant across the country. For a government that is unduly proud of its international standing, the BJP administration in the national capital seems curiously oblivious to the great damage being done to India by global perceptions of the changed climate in a famously argumentative democracy.

Pick up or Google any major international newspaper of repute for stories about India in the last couple of months -- from the New York Times to the Frankfurter Allgemeine Zeitung -- and all you find are articles about the Dadri lynching of Mohammed Akhlaq, the murders of three rationalists, writers returning their national literary awards -- given by the government-sponsored Sahitya Akademi or National Academy of Letters -- and the irresponsible statements of BJP leaders about everything from Hindu reassertion to the "cleansing" of Western cultural influences from India's ethos. The impression has gained ground that India is now governed by obscurantist and intolerant forces determined to put minorities, rationalists and liberals in their place -- somewhere not far from the trash can.

The impression has gained ground that India is now governed by obscurantist and intolerant forces determined to put minorities, rationalists and liberals in their place -- somewhere not far from the trash can.

The latest spate of negative international attention has surrounded the beef-banning hysteria being spread across the country by Hindutva forces, brought to a dramatic boil by a Delhi police raid (conducted by no fewer than 20 policemen!) on the Kerala House canteen whose menu had innocently announced "beef fry" (a reference to buffalo meat sourced legally from government-approved outlets). The police were acting to appease a complaint from the fringe Hindu Sena, a group emboldened by its success in bullying and intimidating the likes of hapless Kashmir MLA Engineer Rashid. All this, and the accompanying media controversy, occurred as 50 African heads of state and government, every one of them a beef-eater, gathered in Delhi to celebrate relations with India. It was hard not to wonder what they were thinking about the prevailing national culture of their host country.

A Bangladeshi friend visiting me at the same time deplored the problems this was causing back home for Indophiles like him. "The Islamist fundamentalists in Bangladesh are emboldened by these developments in India," he pointed out. "They are having a field day fomenting hostility to a country they say ill-treats Muslims and acts against Muslim interests and practices." The behavior of the Hindutva extremists has opened the door to critics to suggest that it is safer in India to be a cow than a Muslim.

The behavior of the Hindutva extremists has opened the door to critics to suggest that it is safer in India to be a cow than a Muslim.

The Modi regime seems indifferent to these consequences of the anti-national behavior of its zealots. Everyone else, though, is increasingly alarmed. President Pranab Mukherjee has spoken out twice on the waning of tolerance, as has his vice president, Hamid Ansari. Editorialists and opinion-makers throughout the nation have been extremely alarmed. And Indian diplomats are tearing out their hair about how much more difficult their jobs have become.

It is time for the government to take its own slogans seriously and put India First. India's great strength, and the source of much of its soft power and the respect in which it is held in the world, is our precious legacy of civilizational pluralism, coupled with our robust democracy. The Indian adventure is that of human beings of different ethnicities and religions, languages and beliefs, working together under the same roof, dreaming the same dreams.

The Indian adventure is that of human beings of different ethnicities and religions, languages and beliefs, working together under the same roof, dreaming the same dreams.

I remember how, in the Calcutta neighborhood where I lived during my high school years, the wail of the muezzin calling the Islamic faithful to prayer blended with the tinkling of bells accompanying the chant of the mantras at the Hindu Shiva temple and the crackling loudspeakers outside the Sikh gurudwara reciting verses from the Granth Sahib -- and two minutes down the road stood St Paul's Cathedral. That was a daily sign of Indian pluralism. Today I am proud to represent Thiruvananthapuram, where in one location, Palayam Square, stands the Palayam Mosque, diagonally opposite stands St Joseph's Cathedral, and nearby is one of the oldest Ganesh temples in the state. And worshippers throng all three undisturbed, joyfully celebrating each other's special days.

If America is famously a "melting pot," then to me India is a thali, a selection of sumptuous dishes in different bowls. Each tastes different, and does not necessarily mix with the next, but they belong together on the same plate, and they complement each other in making the meal a satisfying repast.

We cannot simultaneously sell ourselves to the world as a land of pluralism, tolerance and Gandhianism, while promoting intolerance, communal hatred and minority insecurity within the country.

Our democracy, in the last 70 years, has been built on the idea that a nation may celebrate differences of caste, creed, conviction, color, culture, cuisine, costume and custom -- and still rally around a democratic consensus. That pluralist consensus is on the simple principle that in a democracy you don't really need to agree -- except on the ground rules of how you will disagree. One of those basic ground rules is respect for difference, not just respect but, as Swami Vivekananda so memorably put it, acceptance of difference. This rule ensures that our diversity is a source of India's strength, not a weakness. And the responsibility of the government is to uphold that idea of difference and to firmly, clearly reject any attempt to dilute it.

This is where the government has failed.

Some of the thuggery of the lumpen Hindutva elements has caused concern even to Finance Minister Arun Jaitley, who recently appealed for "debate, not vandalism." Jaitley spoke at some length about the need for civilized discussion in our national discourse:

I feel it is extremely important that people indulging in this [behaviour] are strongly criticised ... those who are using these methods must introspect whether they are adding to the quality of Indian democracy, or reducing the credibility of India as a country before the eyes of the world.

That's the point. We cannot simultaneously sell ourselves to the world as a land of pluralism, tolerance and Gandhianism, while promoting intolerance, communal hatred and minority insecurity within the country. It is time the Modi government learned they cannot promote "Make in India" abroad while condoning the propagation of "Hate in India" at home. 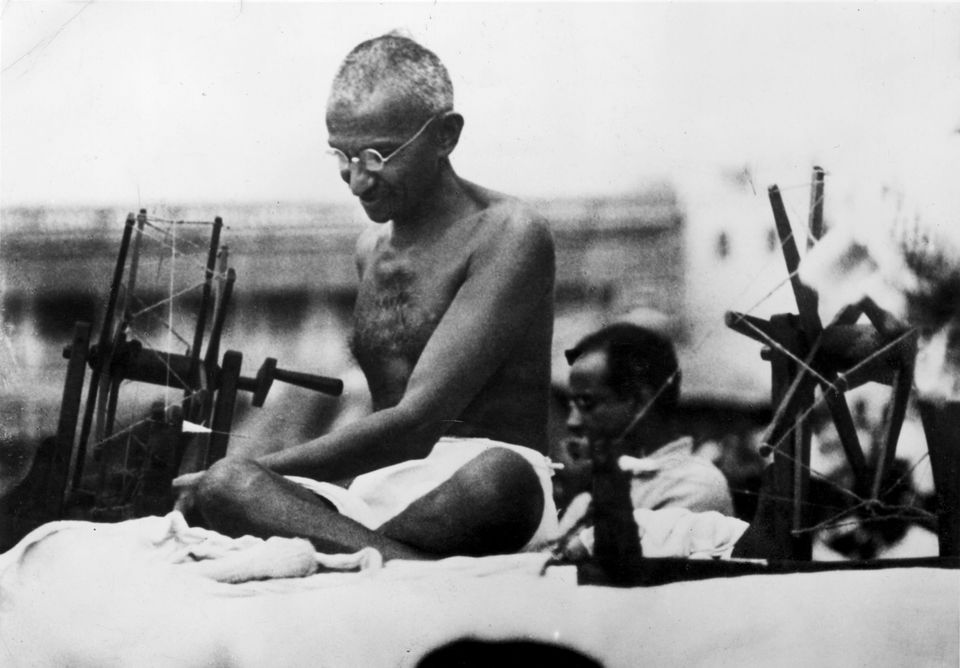