The 59-foot-tall duck created by Dutch artist Florentijn Hofman was supposed to countdown the New Year in the city of Keelung.

But it burst around noon and deflated into a floating yellow disc in the harbor, according to the Straits Times.

Preliminary investigation into the birdbrained matter suggested the rubber duck may have been attacked by eagles who scratched it with the claws, NineMSN.com reported.

"We want to apologize to the fans of the yellow rubber duck.... the weather is fine today and we haven't found the cause of the problem. We will carefully examine the duck to determine the cause," he said, according to WPXI.com.

This isn't the first troubling incident involving a giant rubber duck in Taiwan, according to the Telegraph.

Last month, a duck on display in Taoyuan county after a power outage triggered by a 6.3-magnitude earthquake caused an air pump to stop working.

In September, a giant duck at Kaohsiung was temporarily deflated and lifted ashore as a safety precaution when Typhoon Usagi pounded the island. 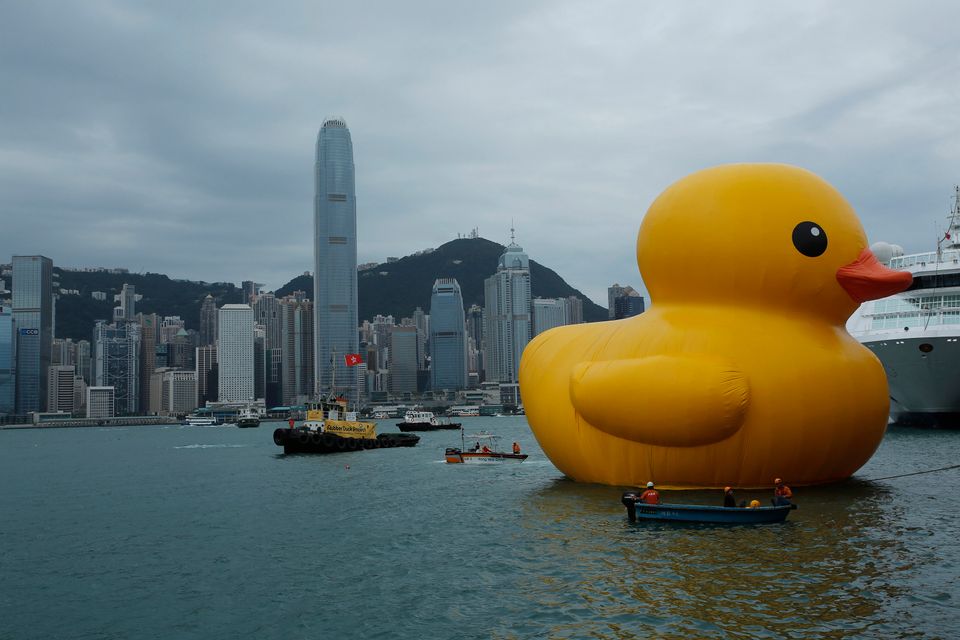