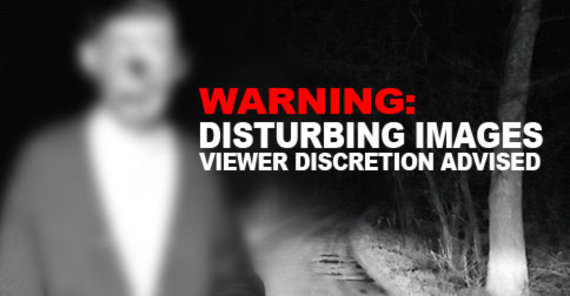 America is full of some pretty incredible urban legends. From Gravity Hills where invisible hands push your vehicle up a slope, to Frog Men stalking the Loveland Castle, to the White Lady haunting Union Cemetery, you can throw a stone and there's a good chance it'll land in the territory of some kind of monster or mystery. Many times, though, the truth is far more interesting than the legend, and such is the case with "The Green Man".

For many years, the tale of the Green Man has been one used by parents to keep their children scared enough to stay inside at night, and by locals to keep teenagers too spooked to enter the abandoned train tunnel just outside of town. The legend says that the Green Man, once an employee of a local power company, was horribly disfigured in a terrible accident that melted his face and turned his skin a deep green hue. For years, locals would report sightings of the glowing ghost of the Green Man walking down the rural roads at night, only to disappear into the dark recesses of the tunnel.

A good summary of the legend, via WhoForted:

On the outskirts of Pittsburgh, near where Piney Fork empties into Peters Creek, there’s an old neglected railroad tunnel covered in graffiti and filled with road salt. It was built in 1924 as the Piney Fork Tunnel to service coal mines along the Pennsylvania Railroad’s Peters Creek Branch. Abandoned since 1962, the locals have given it another nickname. To many people in the Pittsburgh area, this is Green Man Tunnel. Teenagers used to drive into the tunnel, turn off their lights, and call out to the “Green Man” who would appear from the darkness, his skin tinged green from a tragic electrical accident. If he touched your car, his electrical charge would either stall the vehicle or make it difficult to start.

While the fear-fueled story of the Green Man is certainly the best kind of urban legend, filled with gruesome deaths, supernatural powers, and a terrifying curse tailor-made to frighten teenagers, occult historian and paranormal investigator Ken Summers recently uncovered the true story of the Green Man, complete with some rare photographs of the "faceless ghost", and it's a lot more sad than scary.

In truth, the Green Man's real name was Raymond Robinson, though to those who traveled Pennsylvania's Route 315 in the middle of the night, he was known as Charlie No Face. You see, in 1918, when Raymond was just a boy, he was climbing on a train track bridge when he accidentally snagged against a power line. The subsequent shock sent 22,000 volts of electricity screaming through his body, quite literally melting his face off. When the smoke had settled, he had lost both of his eyes, his nose, an ear, and even an arm.

As he grew up, Raymond quickly became aware of people's cruel nature, earning nicknames like "The Zombie" and being subject to the screaming of terrified children. Over the years, Raymond was able to find solace in long walks down State Route 351, though he only took his hikes at night so as to minimize the amount of people he might frighten. Being blind, after all, meant that the night meant nothing to him.

As you might imagine, Raymond's late-night walks began to cause quite a stir, as teenagers headed to parties began to see a "faceless ghost" wandering the darkened highway. Before long, the legend of "Charlie No Face" began to circulate to nearby towns, and by the 60's, the legend was causing full-on traffic jams along the stretch of road as cars full of people went searching for the "ghost".

Those who were fortunate enough to stumble across Raymond would realize that he was, in fact, flesh and blood, and  often left feeling a bit sorry for him after stopping for a chat. Raymond took the ghost hunts in stride though, even capitalizing on his popularity by offering to pose for photographs... for a price.

After being discovered by accident on his nightly walks, the tale of the Green Man—or Charlie No Face, as he was also called—developed. There are conflicting stories about where the “green skin” idea came from. Some accounts say he always wore his favorite green plaid shirt or other green clothes that reflected the color onto his pale skin while others say his skin was a pale shade of green. Either way, it became a popular pastime to head out to Route 351 and look for Ray. Those who weren’t too terrified to stop would chat with Ray over a smoke. He even posed for pictures, often in exchange for beer or cigarettes.

Ray continued his evening walks until his death in 1985, but by then, his story had become legend. Soon after his death, the details of his disfigurement were told less and less as a boy who suffered an accident, and more often as a vengeful spirit out for teenage blood. By the late 90's, the name Raymond Robinson was all but forgotten, the legend of the Green Man finally winning out.

Today, the legend of the ghost with no face has spread as far as Ohio, but the Green Man Tunnel remains the most-visited piece of the Pennsylvania legend. To this day car loads of kids still pull up to the old train bridge and call out for Charlie No Face, some even claiming to have seen him in the darkness. If you're lucky, maybe you'll even see him yourself.

We visited a strange town that worships a real monster

Visit the real, murderous doll behind "The Conjuring"