The Apple Tablet hasn't even been released (or officially confirmed, for that matter), and already the blogosphere is abuzz over another rumored Apple device: the next generation iPhone, or the iPhone 4G.

The website Nowhere Else has created a visual guide to the major rumors surrounding the potentially impending smartphone.

Check them out in the picture below, then take a look at a visual guide to Apple Tablet rumors. 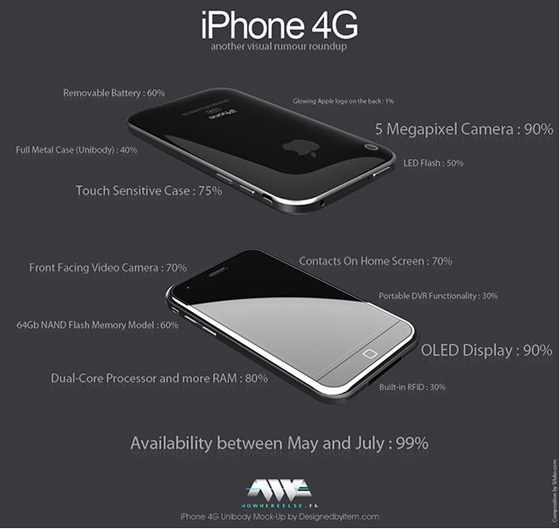