Rajani Venkatraman Levis, MFT is an immigrant therapist of Color who speaks five languages and artfully navigates the intersections of trauma with race, class, ethnicity and other facets of diversity in her writing, teaching and psychotherapy practice. She is a California Licensed Marriage & Family Therapist, a Certified Trauma Specialist and an EMDRIA Approved Consultant in EMDR.

Dr. Robert Solley, PhD earned his Ph.D. in 1988 and has been a California licensed therapist over 20 years. He specializes in couples therapy and has a private therapy practice in Noe Valley in San Francisco. He is also a staff therapist at Psyched in San Francisco Psychotherapy Center.

Traci Ruble, MFT is a California Licensed Marriage and Family Therapist, founder of Psyched in San Francisco and Co-Creator of Sidewalk Talk Community Listening Project. She specializes in working with couples, individuals who struggle in relationships and adult family members working on reconciliation. As a former tech professional, she works with many tech executives.

Here's the ugly truth (and Beyonce's Lemonade has us all talking about it):


Most adults can identify what precedes an affair: loneliness, ennui, hurt, rejection, frustration, sexual dissatisfaction with the partner and/or sexual attraction to another. What most of us also understand is that the affair relationship is almost always a fantasy relationship that is unlikely to work out in reality. In fact, only 2.5% of pursued affair relationships make it to lasting marriages. On the other hand, couples who have successfully worked through boredom, ennui, frustration and the aftermath of an affair have much to teach us about happily-ever-after. While this article does not go into the nuanced hues of the "To tell or not to tell" question, it does explore the reality of affairs in order to move past the stereotypical "perpetrator-victim" polarity. And just as in Lemonade, it shines the light on the messy feelings, and engages the complexity of the process. It also highlights the possibilities for healing from an affair through combining couples therapy with a type of therapy called EMDR, that can be tremendously helpful for both partners in the process of affair recovery. So let's get started!

Based on psychology's current thinking about affairs, here are some orienting principles as you embark on a healing journey towards genuine and lasting love. 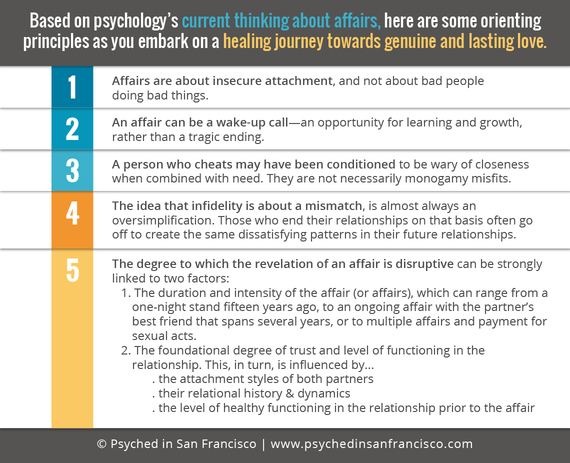 In the aftermath of the disclosure of an affair, both partners are usually thrown into some degree of turmoil. For the hurt partner however, things are generally much worse. Thus, the possibility of repair is critically dependent on the involved partner (the one who had the affair) understanding at least 3 things about the hurt partner's experience:
Let's take a closer look.

1. Shattering of reality:
The involved partner typically experiences significant guilt, shame, and difficulty tolerating the hurt partner's emotional turmoil. For the hurt partner however, there is a profound sense of shock, at having been left out, taken advantage of, and manipulated. Everything now comes into question, such as the facts of where the involved partner was at given times or who knew what, and who else was involved (e.g., if there are kids, were they in on it in some way?). The hurt partner is forced to abruptly reorient to a new reality, one that cannot directly be comprehended, but must be constructed from bits of information provided by other sources, including the involved partner. Couples therapist Terry Real compares this to leaning on a wall expecting the wall to support you and falling right through it.
In this scenario filled with unknowns, one of the first steps is the creation of a safe space within which the hurt partner is able to ask questions (preferably in a non-accusatory way), in order to begin to fill in some of that missing reality.
Couples therapy, in particular can play a significant role in supporting this process, by normalizing the experiences of both partners, facilitating communication and helping the hurt partner adjust to this new reality.

2. Violation of the specialness of the relationship:
The experience of betrayal includes the violation of the sense of specialness in the relationship. Intimacies that were thought to be shared only in the primary relationship have been shared elsewhere. This usually includes sex, but may be limited to emotional intimacies. Often the emotional betrayal can be more painful than the sexual, although the sexual betrayal can be very important for some people. Typically, it's a sense that "these precious, vulnerable things that were signifiers of our unique relationship" have now been scattered to the wind. Among other things this can lead the hurt partner to question whether they are just replaceable goods. This, and the failure of the involved partner to anticipate the impact of their actions, are what lead to that universal, plaintive, and often penetrating question of "How could you?!"
This is where couples therapy can play a significant role in helping both partners through the isolation of anger, hurt, guilt and shame into a more compassionate dialog.

3. Broken trust:
In a grouping of impossibly important impacts, this might be the most significant: the devastation of trust. Again, "How could you?" Which is followed by: "What does this mean about us, about you, about me?" On the most piercing reality front, "Are you who I thought you were? Can I ever trust you again? Can I even trust a world that can be flipped upside down in the blink of an eye?" The tumult is confounded by the Catch-22 that Terry Real points to: Creating repair depends on trust, so how do you repair when the trust itself is broken?
The presence of a couples therapist as a neutral third party can create safety for the mourning of losses and, in time, the exploration of a new normal. In addition the couples therapist can encourage the kind of transparencies and attentiveness required on the part of the involved partner to rebuild trust. 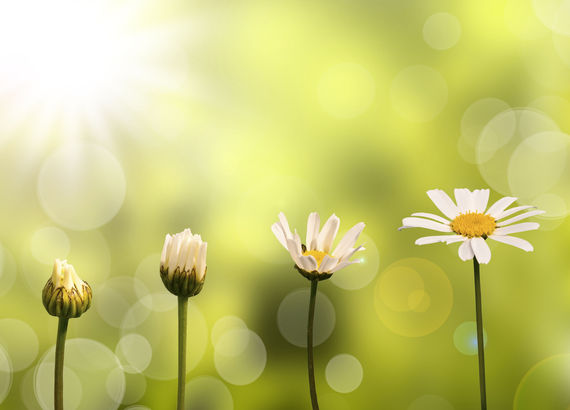 While couples therapy can support couples to mourn the loss and slowly create a new foundation, we have found Eye Movement Desensitization & Reprocessing (EMDR) therapy to be particularly helpful in healing specific hurts and creating fundamental shifts. This integrative psychotherapy approach has been extensively researched for the treatment of trauma. EMDR therapy can be offered individually or to the individual within the context of couples therapy, wherein the witnessing partner can learn more about the traumatic impact and therefore possible routes to healing.

EMDR therapy can be particularly helpful in addressing the aftermath of an affair for each of the partners in the following ways:

For the hurt partner:
For the involved partner:

While we are each wired differently, we are definitely wired to heal, to grow, to connect and to love. In time, and with patience and commitment to the process, as well as support in the form of both couples therapy and EMDR therapy, you too can live happily ever after, even after an affair.