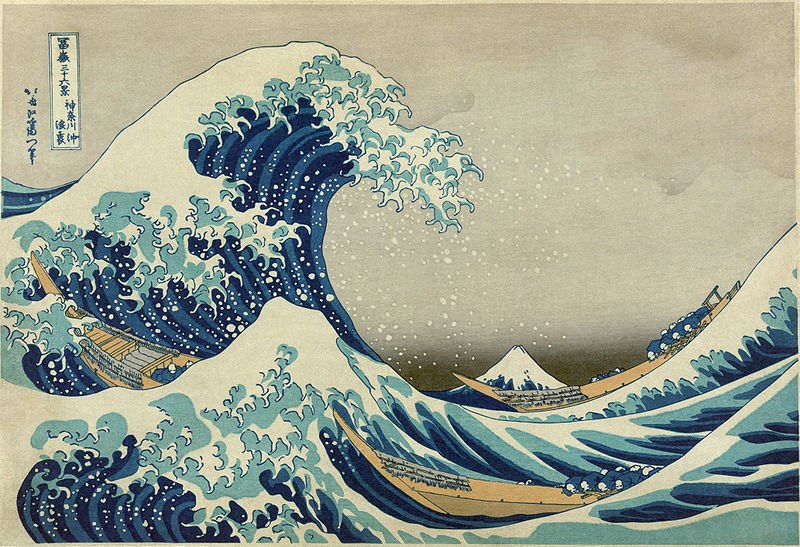 A decade ago, we woke to live images of the Trade Centers collapsing and humans dying. Today, the morning news brought images of an unstoppable wall of water crossing Japan.

Then, as now, live footage documents destruction. No matter the cause, death is hard to witness, yet witness we must, for what else can we offer, in this moment, from such a vast distance?

A world away, wave engulfed fields and canals, buildings and roads, living beings and inanimate objects. That world became water.

Aerial footage gives a view not normally available to earth-borne beings. Through the camera's eye we look down on devastation, the limits of our gaze defined by a lens. The limits of our comprehension are equally as constrained, but the breadth of our humanity is infinite.

Somewhere, down there, over there, life and death wrestled in real-time. Somewhere, out there, breathing beings struggled-struggle-to survive.

Like you, I could see more than I ever wished... and then, there, my gaze fixed on a car, moving parallel to the wave. Trying to get away, but having nowhere to go.

Someone (most likely more than just "one") was in that car, cognizant of that racing wall of water. Someone, in a body as human as mine, moved with muscles flooded adrenalin and a mind screaming from fear, focused on escape. Someone, as human as I, contained a heart on the verge of breaking.

In the looping of that footage, we were together beyond time: nameless and unknown to each other. An eye in the sky watching, witnessing, utterly powerless, while creatures on the ground died.

My breath continues now, even as that other person's breath stopped with the deluge of water, before my eyes and yours.

In that moment, from this distance, all that we can do is witness mindfully while holding reality as gently and compassionately as possible. The task is to acknowledge the horror "out there" and the horror "within." To stay present as nightmares become lived experience, and lives become the stuff of memory.

Now, as the world responds vigorously, vitally, to the aftermath, we will switch into action mode and do what can-and must-be done. But in the midst of that doing, let us not ignore the enormity of what has happened around and within us.

Even as tsunamis advance and recede, the land and the human mind bear witness.