We're going to tell you what real love looks like. And then you're going to look at the pictures and see for yourself.

Real love begins when two strangers see one another across a crowded room and feel a shock like pure electricity, and everyone else disappears around them. Out of shyness, they never speak but continue on their separate ways. Shortly afterward, in the same evening, by complete coincidence, these two strangers cross paths again, in a different place. It feels like fate, and they finally say hello. It's an indescribable feeling, but all they know is that something significant has been put into motion, and it's unlike anything they have ever felt.

In the midst of the two marriage equality cases being deliberated by the U.S. Supreme Court -- the challenge to Proposition 8, which bans same-sex marriage, and the challenge to the Defense of Marriage Act (DOMA), which denies married same-sex couples the same federal benefits that heterosexual couples receive -- we couldn't be happier to remind you what everyone is fighting for.

Watching Jen and Lani together, it's clear they are meant to be, and that no one else would do. Real love looks like comfort, familiarity, protectiveness, excitement, devotion, loyalty, patience, friendship. And you see this in their every interaction. They make each other laugh, they adore each other, they respect each other, and they seem absolutely amazed by each other. And the most telling bit of it all is that thing that can't be put into words. It's the thing that happens when they look at each other: countless unexplainable emotions expressed within one electric connection of the eyes.

Jen and Lani chose one of the coolest and most beautiful Puerto Vallarta wedding venues for their Mexico destination wedding. They rented out the entire Playa Fiesta hotel for them and their guests (including the two of us) for four days of sunning, swimming, boating, dancing and margarita'ing. Their wedding ceremony was one of the most emotional and moving ceremonies we've ever photographed. It was also traditional: white dress, suit, father-daughter dances, tearful toasts. Yet their marriage is not legally recognized. They are hoping that the Supreme Court's ruling in June will allow them to wed again, this time officially.

Jen and Lani have an amazing group of friends and family who welcomed us into their lives -- and their vacation -- with open arms. We will always be so grateful for how nice everyone was to us. We've run out of words to describe how much we loved this wedding and all the people who were part of it. So take a look at the photos, and like we said, see for yourself.

This is real love, and it cannot be defined or limited by pointless demographics such as age, race or gender. It just happens -- if you're lucky enough.

PHOTO GALLERY
Jen And Lani: What Real Love Looks Like
Download
Calling all HuffPost superfans!
Sign up for membership to become a founding member and help shape HuffPost's next chapter
Join HuffPost 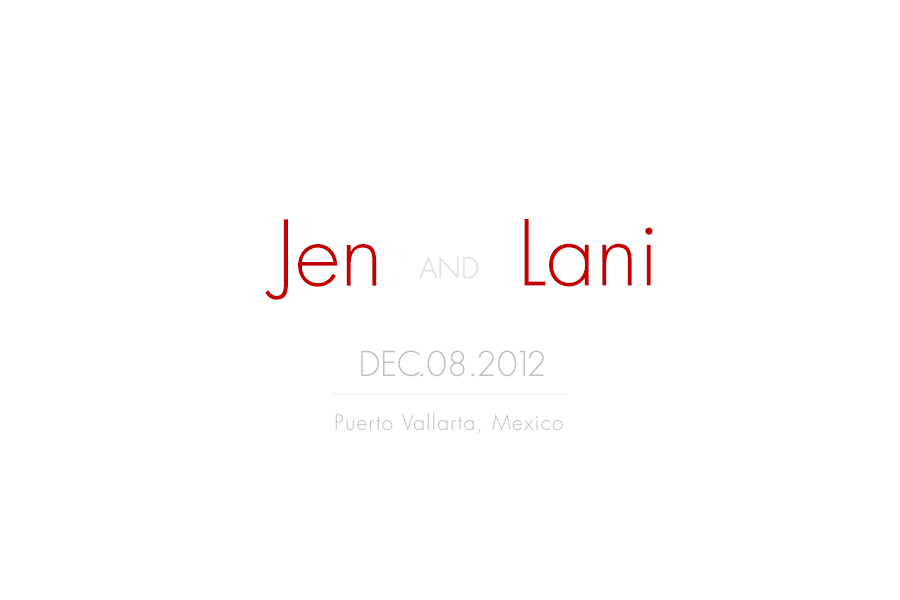