They skate. They fall. They jump right back up again. These are skater girls of Kabul, ages five through 25, who partake in one of the most exhilarating, and often dangerous, sports in the world -- in a country where they're not allowed on bicycles.

These young women learned their skills at Skateistan, a school run by a German non-profit that teaches skateboarding to children in Afghanistan, Cambodia and South Africa, 40 percent of whom are young women. In Afghanistan, where 60 percent of the organization's students come from impoverished backgrounds, this opportunity is particularly precious, providing for many kids what is their only opportunity to play. 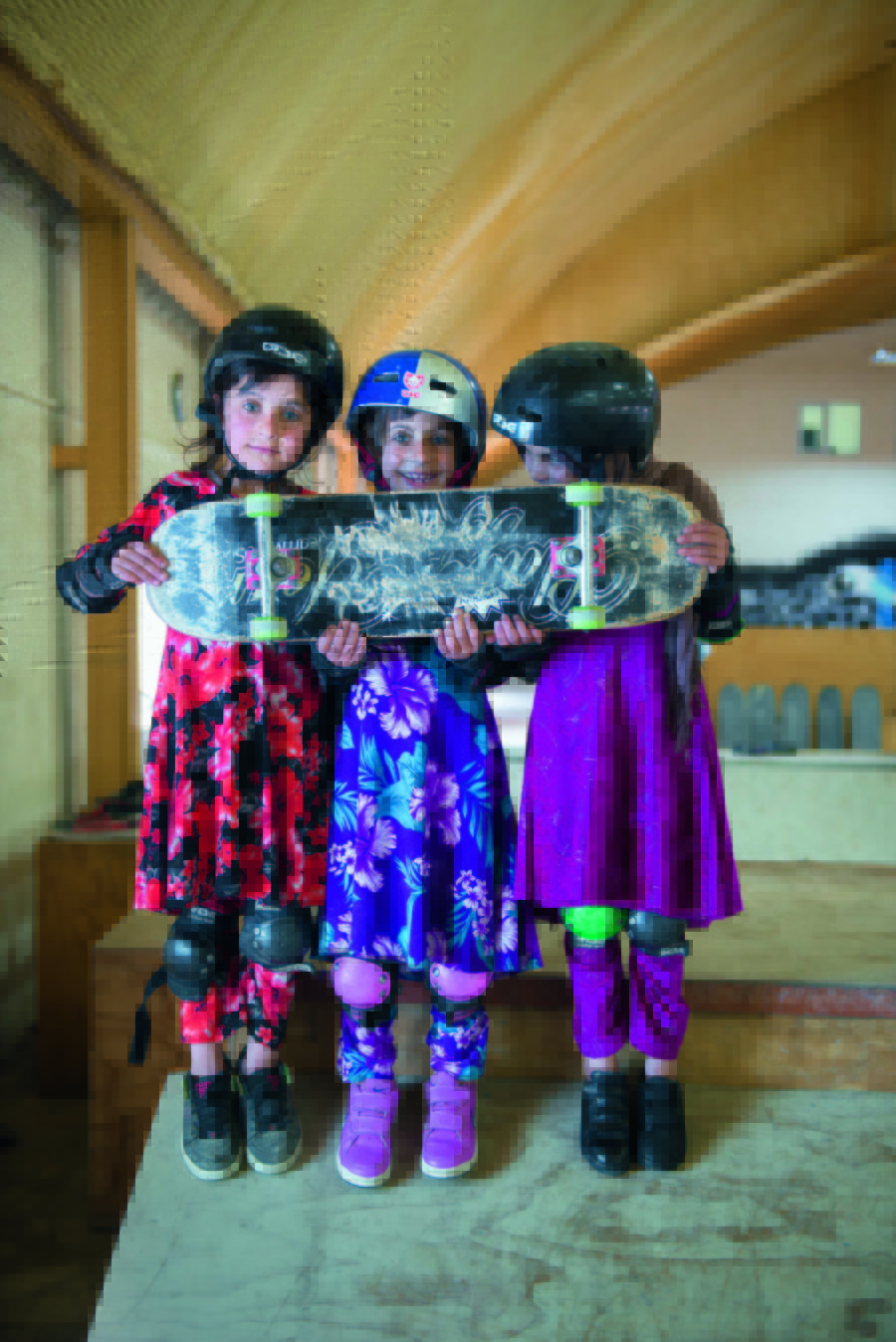 From the moment photographer Jessica Fulford-Dobson heard of this rousing means of female empowerment, she was hooked. "I was reading a newspaper late in 2012 when I stumbled across a small piece about girls skateboarding in Kabul," Fulford-Dobson explained in an email to The Huffington Post.

"The article was so short that I nearly missed it. The very idea of Afghan girls on skateboards captured my imagination and I thought it was a shame that such a visually striking story was compressed into a small column of text. We only seem to hear bleak news from Afghanistan, so it was really refreshing to read something so different and uplifting. I knew immediately that the Skate Girls of Kabul would be the perfect subject for me as a photographer," she told HuffPost. "I specialize in portraiture, particularly of children, and here was an opportunity to photograph young girls doing something exceptional in a beautiful, albeit war-torn, country." 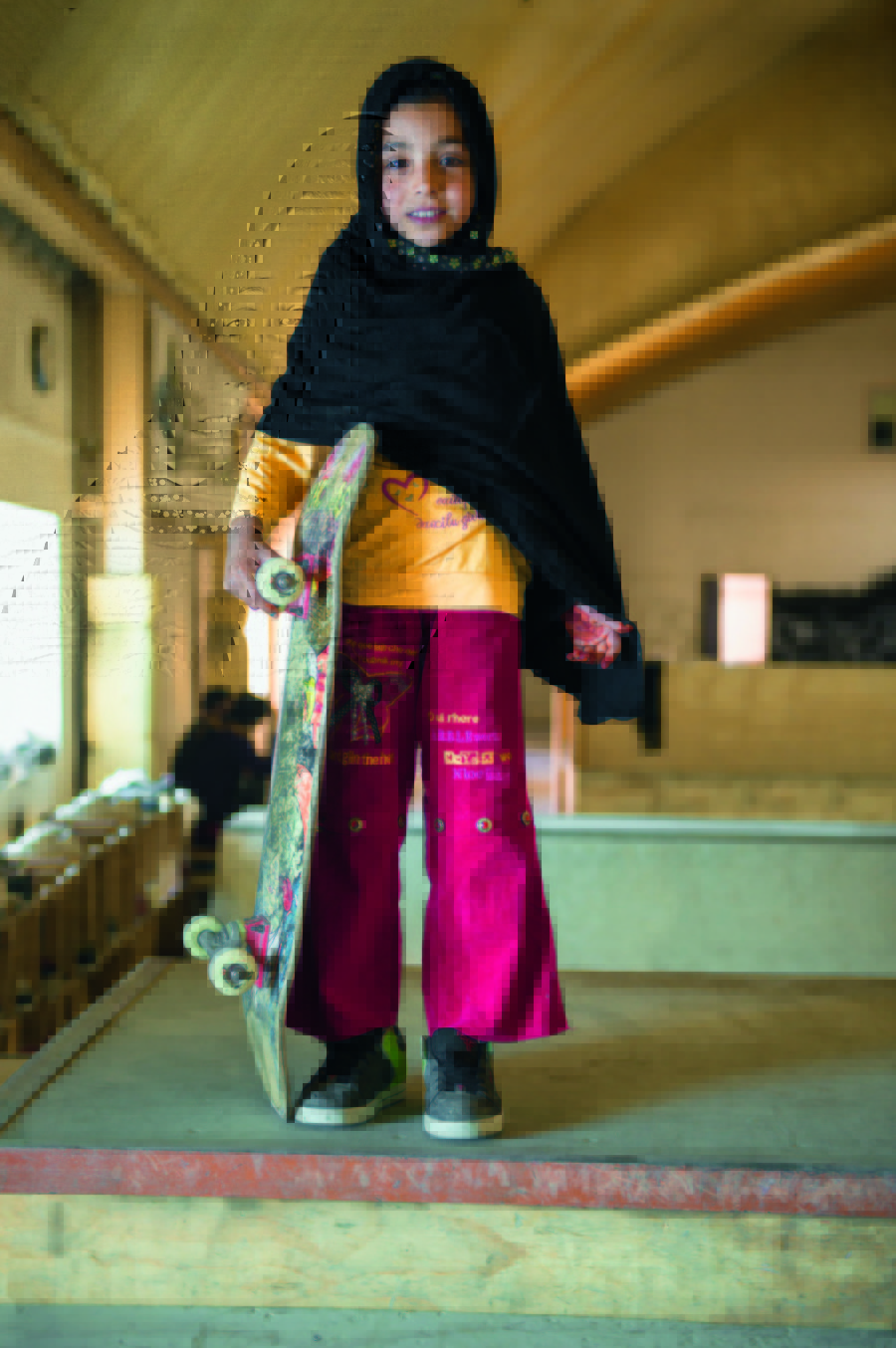 The photographer reached out to Skateistan's founder, Oliver Percovich, who agreed to grant her permission into the Kabul and Mazar-e-Sharif schools. Fulford-Dobson chose to work simply, without artificial lighting, letting the young women's personalities and natural expressions shine through the images. Some skaters hug their boards adoringly, others strike a rugged pose, while many prefer to be captured in motion, soaring through the skate park with what looks like pure joy.

"I met so many impressive women and girls in Afghanistan," Fulford-Dobson told Saatchi Gallery. "A teacher as tough and determined as any man; young Afghans in their early twenties who were volunteering at an orphanage and were passionate about being seen as strong and willing to fight for themselves, rather than as victims of circumstance; and girls who were being educated to be leaders in their communities and who were already thinking carefully about their own and their country's future. And of course there were the young skate girls, so fun to be around and so totally unspoilt." 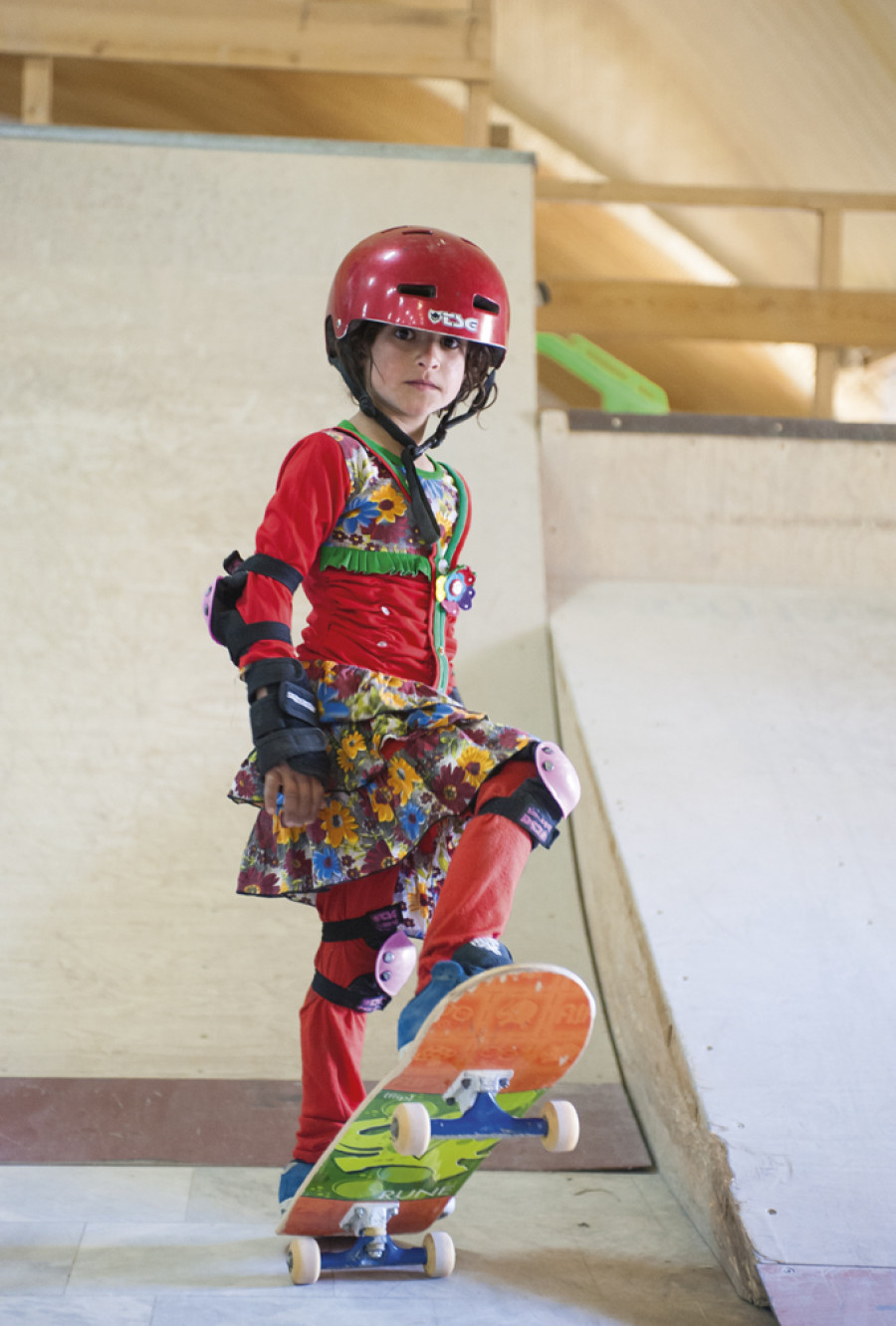 In terms of Skateistan's greater vision, skateboarding is just the beginning. The organization hopes to provide their students, many of whom are streetworking children and youth with disabilities, with the skills in leadership, responsibility, creativity and strength to create social change. The students themselves decide what they want to learn -- Skateistan connects them with a safe space and opportunities for them to develop the skills that they consider important.

In the meantime, watching the girls skate is absolutely mesmerizing. "They hurl themselves forward with unstoppable courage, and if they take a tumble they bounce right up again, running back to the queue and cheering on their friends," the artist told Hyperallergic. "Life for these skate girls is undeniably different in so many ways to that of their Western counterparts, but it’s also touchingly, heartbreakingly and amusingly the same." 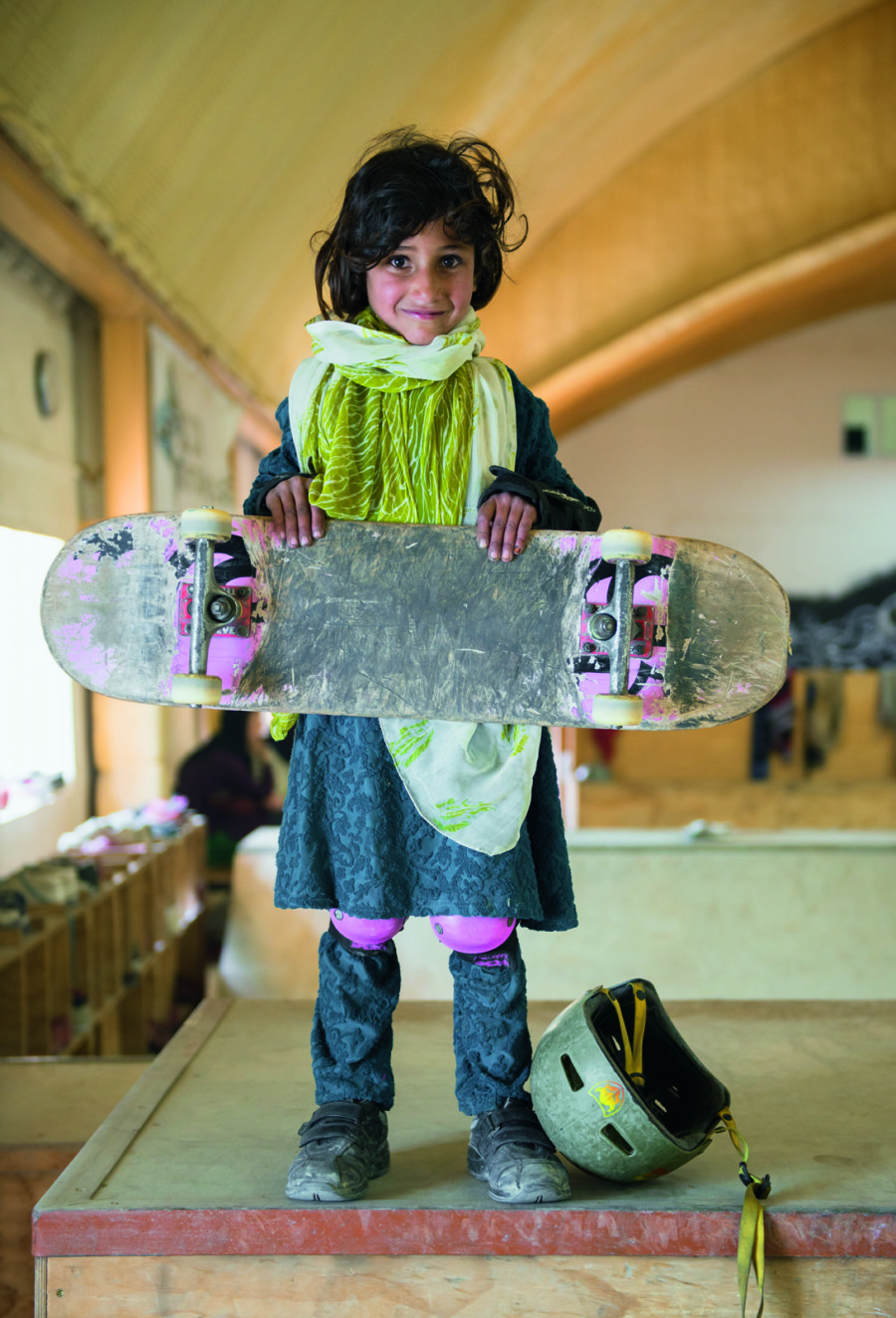 "I hope that the joy, freedom and excitement you can see in the pictures of these girls is contagious," Fulford-Dobson concluded. "I hope the images stay with the visitors and encourage them to support wonderful ventures such as Skateistan."

Photography exhibition "Skate Girls of Kabul" is now on at Saatchi Gallery in London until April 28, 2015. A photo book, featuring a forward by Tony Hawk, is also on the horizon. Learn more about Skateistan and how you can get involved here.