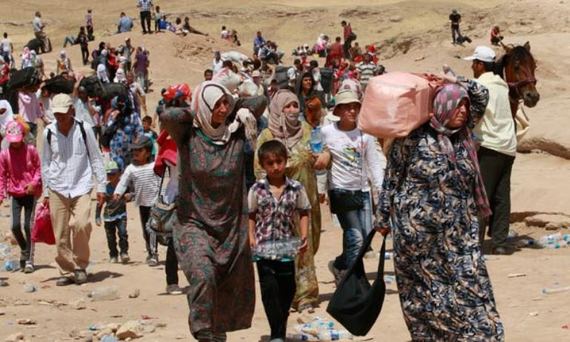 By Marie Dennis, Co-President Pax Christi International and Eli McCarthy Ph.D., Director of Justice and Peace at the Conference of Major Superiors of Men.

With the ongoing issues of violence and conflict in our own country as well as the continuing attacks abroad in Syria, Iraq, Yemen, and Mexico, we write to share about an emerging discussion in the Catholic Church for a new approach to transforming conflict. This development correlates well with many insights from ecumenical and interfaith discussions.

During a conference in Rome in April 2016, this new approach primarily arose out of the direct testimony of people in the global south who are living in violent conflict zones. In turn, we appreciate the attention Tobias Winright and Mark Allman have given to this conference on nonviolence and just peace. We agree on the importance of the topic and the prophetic call to embrace nonviolent peacemaking more seriously. We also think an ongoing, respectful dialogue is enormously important.

The authors are right that the statement from the conference was "not in any sense an official proclamation by the Vatican or Pope Francis." However, the Vatican participated actively in the conference through staff of the Pontifical Council for Justice and Peace, including Cardinal Turkson, and through a personal message from Pope Francis.

Let us underscore that the rationale for the conference was to encourage Catholics to engage energetically in the development of more effective nonviolent practices for protecting vulnerable communities, avoiding violent conflict, transforming structures of violence, and promoting cultures of peace. The focus was on active nonviolence. Our intent was not to compare the value of different versions of just war thinking, but rather to move just war thinking out of the way so we could have the honest dialogue we were seeking about nonviolence, Jesus, just peace, and the concept of justified war itself. Participants included those who valued and used the just war tradition, but who were open to imagining something new. We touched on concepts like policing during the conference, but know that conversation needs to be part of the ongoing dialogue.

The conference did not call for a simple "embrace of pacifism" as Winright and Allman suggest. It was not a conference on "pacifism vs. just war." Again, we were seeking a deeper exploration of Gospel nonviolence and a new moral framework for Catholic action in a violent world. Our final statement appealed to the Church to play a different role in the public arena - one that emphasizes the protection of all life, not the right or duty to go to war. The "different path" we see unfolding in Catholic Social Teaching points to a trajectory which we hope will lead to something new.

In fact, the evolution of Catholic "just war" thinking has very much moved in that direction, but, we believe it is hampered by keeping the focus on the possibility of a "just war." The Church played a particular role over the years in the development of "just war" norms in international law. Those norms are well ensconced and will continue to function. Yet, now the Church can make a significant contribution to peace in a world too often ready for war by developing Catholic understanding of and commitment to nonviolent practices in international affairs (way beyond "conflict resolution") through education, sacramental life, preaching, seminary training, policy advocacy, and the investment of Church talent and treasure in the development of nonviolent tools for protection, conflict transformation, restorative justice and reconciliation.

Winright and Allman claim that "bad use" of just war approaches doesn't justify moving on from "just war" as a moral framework. We would argue that a centuries-long record of failures to prevent or limit war despite ongoing evolution and extensive refinement of the just war framework should impel the Church toward a new moral framework.

Moreover, we have come to recognize that just war language and thinking obstruct, if unintentionally, the development of tools and capacity for nonviolent forms of protection in dangerous situations, for nonviolent transformation of conflict, etc. - or considers them only as an adjunct to military action. Cardinal Turkson specifically affirmed this concern in a post-conference interview. For example, we spend little if any time trying to imagine how to humanize or illuminate the dignity of our enemies, which is not only a Gospel mandate but may be an essential step in overcoming extremist violence. And we spend so much talent and treasure preparing for what we think might be a "just war," that we have almost no resources available for nonviolent prevention, protection and community based programs that could help heal the root causes of war.

Recent "evolutions" in the just war tradition are important. We are aware of the significant contribution both Tobias Winwright and Mark Allman have made to this field. We hope they and other Catholic theologians and academics will bring their experience to the conversation about active nonviolence. We believe, for example, that the concepts and values inherent in jus ante bellum and jus post bellum thinking could be integrated into a new moral framework rooted in active nonviolence and just peace rather than embellishing the "just war" framework and the possibility of justifying war.

Furthermore, while jus in bello criteria may have restrained some actors in militaries, and that of course is a good thing, the gains achieved by limiting some actions in war still are overtaken by the suffering caused by ongoing wars, resources given to preparing for war, development of nuclear weapons, the arms trade, and a war system embedded in our economy and politics. Vatican II and Pope Paul VI were clear that our goal is to "outlaw" war. We believe that one important way to move in that direction is to stop talking about the possibility of a "just war" and to emphasize nonviolent ways to deal with "real-life challenges," such as atrocity situations.

The process of the conference was inductive, beginning with the experiences of people who live in actively or recently violent conflict zones, including Iraq, South Sudan, Palestine, the Philippines, Sri Lanka, Afghanistan, Pakistan, the DR Congo, Burundi, Uganda, Northern Ireland, El Salvador, Guatemala, Colombia and Mexico. Theirs were the voices calling for the Catholic Church to stop suggesting that war can be justified, to study and promote active nonviolence. Over and over again, they said, "We are tired of war. War is not the answer."

Pope Francis reminded us as the conference began that conflicts cannot be avoided and that governments have a right to protect their people. We take that very seriously. But we take equally seriously the Holy Father's admonition about stopping an unjust aggressor, referring to ISIS: "I underline the verb: stop. I do not say bomb, make war, I say stop by some means." The question is how we respond to atrocity situations and other real-life challenges, not whether. Nonviolent/just peace approaches to extremist violence have been suggested here (Maria Stephan, USIP) and here (65 Religious Leaders).

At the same time, our appeal does not "blithely" assert that nonviolence can reduce conflict. In fact, nonviolence can escalate constructive conflict even as it reduces violent or destructive conflict, and, of course, given the reality of the world in which we live, nonviolence will not always be fully effective in the short-term. Clearly, neither is war! Our assertion is that the potential of creative, courageous, "scaled-up" active nonviolence is worth pursuing with more vigor and investment.

The "just peace" approach to which the conference refers is not exactly the same as the "just peacemaking" proposal of Glen Stassen and others. Rather, it draws on elements of "just peacemaking" but it also would include specific criteria, virtues and practices to which "just peacemaking" does not refer. We are also suggesting such an approach as a way to enhance the role of the Catholic Church in forming Catholics to make nonviolent action even in difficult circumstances more plausible.

The authors briefly point to Daniel Bell's work on virtue and just war. This is an interesting discussion. Eli has addressed the limits of this approach in his book (pgs. 86-88). In brief, Bell seems to distort the meaning of the cross; claims that just warriors should give (only) equal time to nonviolent developments as to sharpening the instruments of war; fails to give an account of human dignity and how that impacts his claims about war and virtue; and suggests that killing is an act of love towards our enemies.

Conference participants, reflecting on the life of Jesus and the Gospel mandate to love our enemies, were deeply challenged to understand the significance of Jesus' "hard sayings" in the context of a violent yet graced world. Again, we believe in the obligation to protect the vulnerable. The question is how we do that in a manner that also concretely respects the life, inherent dignity and value of every person, even the enemy. Pope Benedict XV said "it is impossible to interpret Jesus as violent" and that "violence degrades the dignity of both the victims and the perpetrators." Pope Paul VI said that "the Church cannot accept violence, especially the force of arms." Our primary focus was on what the Gospels illuminate about nonviolence.

The conference in Rome is a step in a long process of dialogue and discernment. As part of this process, the Catholic Conference of Bishops in Japan recently endorsed the appeal. We hope this process will lead before too long to an encyclical on nonviolence and to a much deeper understanding of and commitment to active nonviolence throughout the Catholic community worldwide. It seems to us that the ground work of scholars like Tobias Winwright and Mark Allman with the Catholic Peacebuilding Network and many others could help the Catholic Church articulate a moral framework built on active and creative nonviolence as an effective antidote to the senseless spirals of violence that surround the elusive pursuit of a "just war." 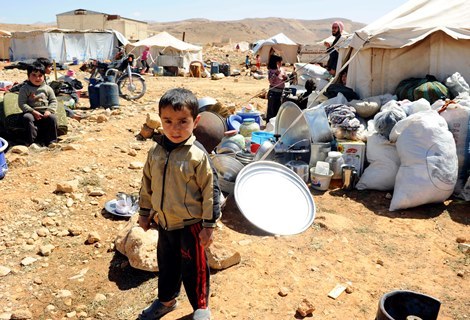