Church officials and followers from many different demoninations have long used the Bible to argue that homosexuality and transgender identities are abominations in the eyes of God.

A few passages, especially two in the book of Leviticus, which many claim have been taken out of context or misinterpreted, have contributed to discrimination against LGBT people in a variety of ways, including the blocking of legal same-sex marriage in the United States and proposing criminal punishment (or even death) in other countries around the world.

Still, many, not just religious LGBT people, refuse to read the Bible this way. What's more, some have even gone so far as to look for examples of LGBT people within the Bible or Christian history.

While many would freely admit that most of the men and woman of yore were not gay or transgender as defined by our modern standards, they would assert that these people were involved in non-heteronormative relationships, presented non-traditional gender identities, or understood, approached, and complicated aspects of faith with relation to sexuality and/or gender identity.

Performing a "queering" (or re-appropriating/re-imagining/claiming based on available evidence) of religious texts and lives is one tactic LGBT people have widely used throughout history to see or find themselves and each other in a world where they have been forced to remain hidden. It is a way to celebrate and honor those who did not live "straight" lives and to discover role models and trail blazers who may have been obscured, forgotten, or stripped of their queerness.

In honor of St. Nick's Day, we're taking a look at 10 "queer" saints (who can be found in the slideshow below along with their saint days and the calendars on which the dates can be found):

Joan Of Arc And 9 Other 'Queer' Saints
10 Queer Saints 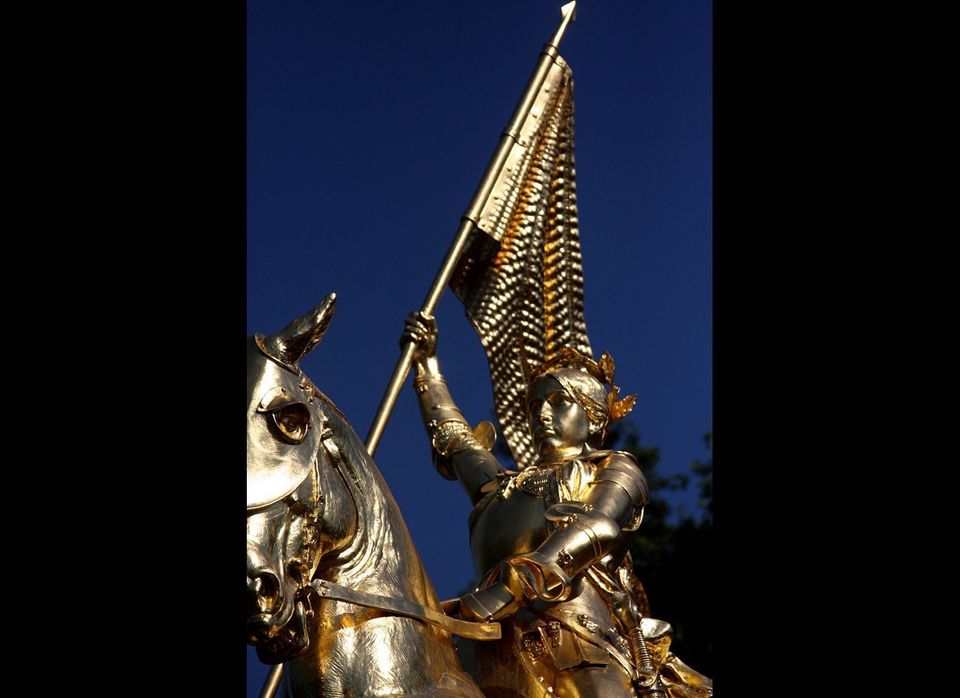 1 / 10
St. Joan Of Arc, May 30, (Old Roman Calendar)
While most people think that Joan of Arc was executed for witchcraft, according to "The Transgender Studies" reader By Susan Stryker and Stephen Whittle, <a href="http://books.google.com/books?id=HBRR1isU-VAC&pg=PA212&lpg=PA212&dq=joan+of+arc+transgender&source=bl&ots=4XzgJuw3x2&sig=rWM819ddRbb_klZfoVokSgNzpro&hl=en&ei=aR7ZTsPNCoHg0QHyuZnFDQ&sa=X&oi=book_result&ct=result&resnum=10&ved=0CIkBEOgBMAk#v=onepage&q=joan of arc transgender&f=false" target="_hplink">the French peasant-turned-soldier was actually put to death for dressing as a man.</a> "Joan was condemned because of her assertion that her transvestism was a religious duty and that she regarded her visions as higher than the authority of the church. In the verbatim proceedings of her interrogation... the court records show that Joan's judges found her transvestism repugnant and demanded that she wear women's clothing. Joan refused, knowing her defiance meant she was considered damned... She vowed, "For nothing in this world will I swear not to arm myself and put on a man's dress." She eventually recanted and was sentenced to life in prison wearing women's clothing. However, as Stryker and Whittle note, "within days she resumed male dress." When asked why she had reverted, she said that she preferred men's clothing to women's. She was sentenced to death for dressing as a man with the Inquisition's judges stating "time and again you have relapsed, as a dog returns to its vomit." Photo: Image provided by <a href="http://www.flickr.com/photos/atul666/3770206982/" target="_hplink">brxo on Flickr.com</a>
Flickr: brx0