Who are the Kardashians voting for?

We're not quite sure, but we know they are voting. On Nov. 5, with just one day to go until the presidential election, both Kim and Kourtney Kardashian tweeted evidence they were exercising their right to vote and mailing in their absentee ballots.

"Sending in my absentee ballot now!!! Make sure you vote!!!!... I'm filling out my voting card in a room filled w people,everyone is telling me their opinions! Vote how YOU want," Kim tweeted along with a photo of the ballot.

Kourtney also shared a photo of her ballot, and tweeted: "Don't forget to VOTE!! You owe it to yourself and your country to educate yourself and VOTE."

The Kardashians are currently on location filming "Kourtney & Kim Take Miami," but are registered to vote in California. Given Kim's fondess for the shooting range, we aren't 100 percent sure who she's voting for, but if we had to guess, we'd say Obama.

The 32-year-old reality star hosted a DNC afterparty in Charlotte, North Carolina, in September, and last May, Kim also praised the president for supporting same-sex marriage.

"Wow… I just heard that President Obama has officially announced that he supports gay marriage!! This is such a huge step forward in our country’s fight for civil rights and I hope that today this will give hope to so many young people across the country," she wrote on her blog. "We’ve never had a president so supportive of the lesbian, gay, bisexual and transgender community and today I am proud to be an American!! I’m so happy that our country is making history and moving forward. No more living in the past!" 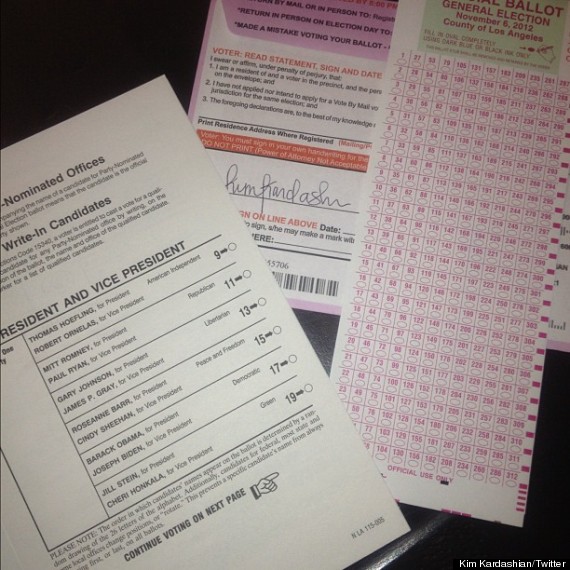 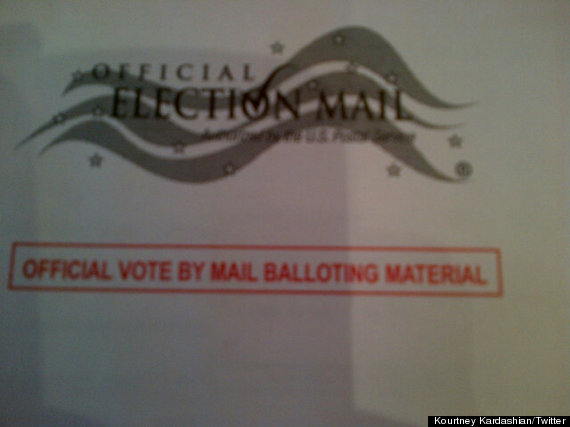