Kate Middleton must have brought a major amount of luggage on her Southeast Asia royal tour, because the princess has already worn seven different outfits... three days into the trip.

But the duchess may have already reached the sartorial high point of the tour this evening, when she joined Prince William and Malaysia's head of state, Sulan Abdul Halim of Kedah, at a formal dinner in Kuala Lumpur. For the official function Kate got decked out in a stunning Alexander McQueen evening gown, complete with gold star details and a white sheer overlay hugged the bust.

We don't see Catherine in gowns as often as, say, those ubiquitous shift dresses. But when compared with her past red carpet styles, this McQueen number stands out as one of Kate's more cleavage-tastic looks. Then again, it's also got a strong Disney princess feel, not unlike her demure lavender McQueen from the couple's first royal tour.

The dress caused some debate amongst our own editors, so we'll put it to you: how does this formal look compare to the rest of Kate's gowns? Are you a fan of this royal McQueen?

Scroll down to see ALL of Kate's gowns in our slideshow! 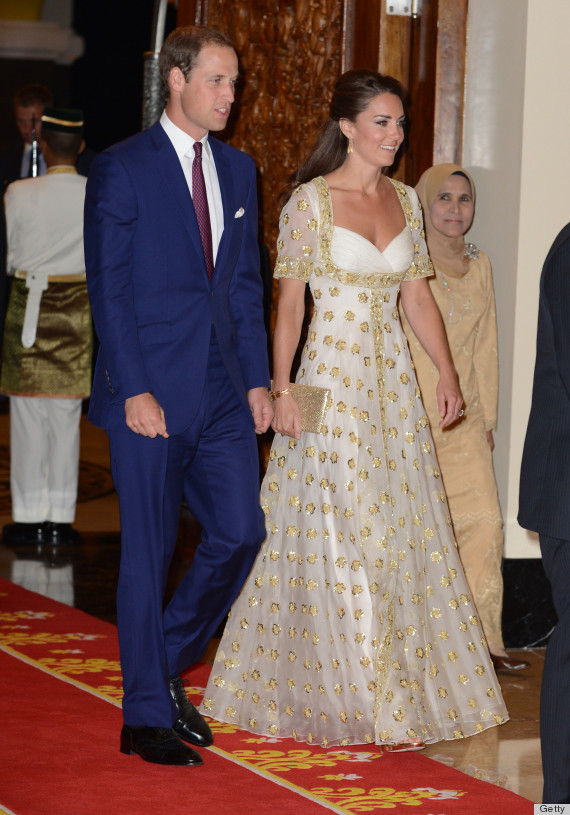 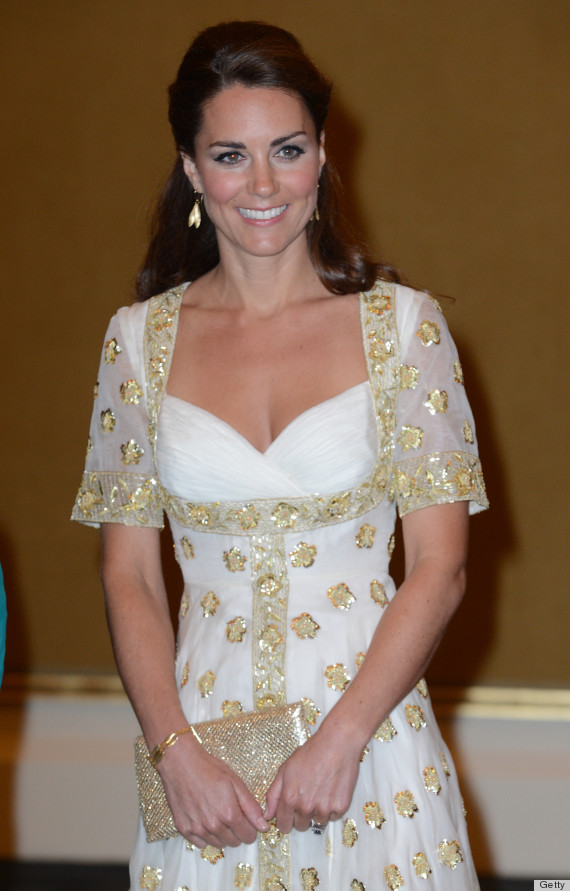