Ladies and gentlemen, we've got jaw-droppers aplenty in your daily Kate Middleton digest. While her brother-in-law Harry is singing up a storm stateside, Duchess Kate is making headlines for her intriguing outfit choices... and for speculation around her impending due date.

Kate attended a wedding on Saturday in a Topshop dress you might recognize. That's right -- Kate came out in the very same outfit she wore two and a half weeks ago to a Warner Bros. Studios tour. That's certainly one way to avoid upstaging the bride, but we're not sure that fast fashion is formal enough for such a celebration.

Perhaps Kate has reined in the maternity shopping because she's even more aware that this pregnancy isn't forever. In fact, the Daily Mail now reports a specific end date for her pregnancy: July 13. According to a statement from their (dubious?) sources:

Some of Kate and William’s closest pals were at a barbecue hosted by a family friend of the Royals recently. They were all discussing the fact that Kate’s baby is due to be born on July 13. Everyone was very excited.

It's worth noting that a palace spokesman gave a contradictory statement to the Herald Sun: "We have only said that the Duchess is due in July. Anything further would be speculation."

Well, whenever Kate's ready to give birth, we'll be cheering her all the way through delivery. Do you think she has any new maternity outfits left, or will we be seeing her in repeats for the rest of the trimester?

UPDATE: Perhaps Kate is due even earlier? According to the Daily Beast's royal reporter...

On Saturday, in Ewelme, Oxfordshire: 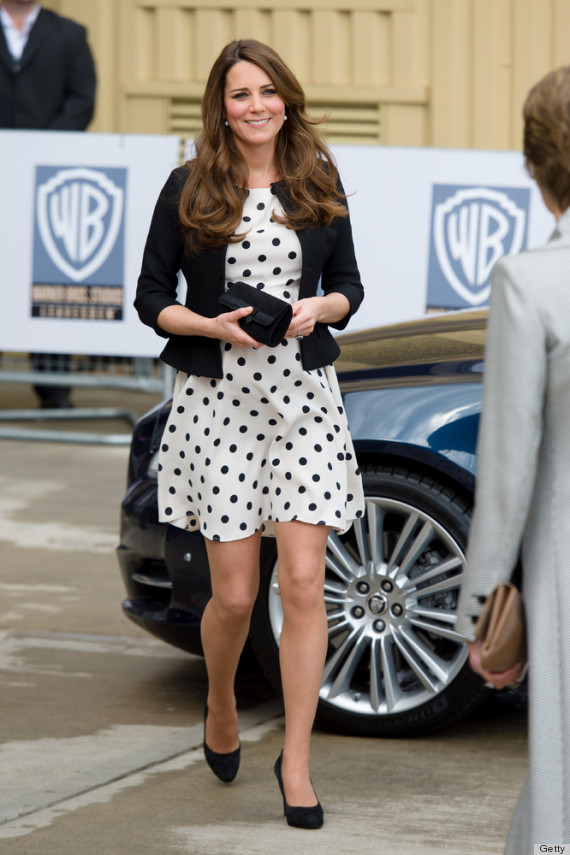 Kate could have drawn style inspiration from these pregnant ladies:

The Maternity Style of Celebrities in 2013