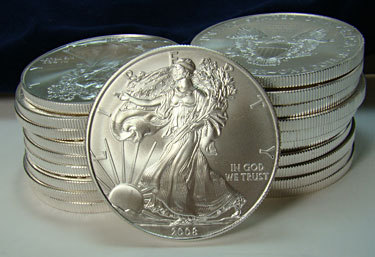 I want to share three ideas, each of which can be connected with a coin & and which together comprise three of the most important lessons I hope you'll take away from your Emery experience. As my students know, I have a terrible memory, which is why I always use mnemonic devices or tricks to help remember things. In that same spirit, we have affixed dollar coins to the back of your diplomas - a small gift that we hope will serve as a reminder of the three lessons we discuss this morning -- and a gift which brings your tuition this year down to a more manageable $22,719.

We begin with an ancient Jewish teaching: Our Rabbis made the following observation - "When a human being makes many coins in the same mint, they all come out the same. In contrast, God - and you can define God any way you'd like - creates every person in the same image, the Divine image, and yet each person is different."

That idea could not be on better display than on this stage. Every one of you is blessed with a unique combination of qualities & attributes that really does make you distinct. Soon, you will disperse as a class and each begin to chart your own personal path. When doing so, recall that unlike a coin, which has a set value based on how it's minted, you've been created with unlimited potential. And that potential is most likely to be tapped fully if you are true to yourself and work to maximize your essential, defining qualities. I'm not suggesting you ignore areas of relative weakness; if, for example, you have a short temper or you're habitually late, try to fix those things. Ongoing growth is good!

But this morning I implore you to tune out the external noise of imposed expectations and tune in to your inner voice; listen to that still, quiet, often drowned-out whisper that speaks with unnerving candor. Do what you want. Be who you are because you are such wondrous things. In the end, you'll be happier & more satisfied that way, and the world around you will be better for it. This is the first lesson we derive from a coin.

The next lessons are about the head & heart respectively -- and both relate to the fact that coins have two sides. We begin with heads.

As many of you know, I grew up in a family of five boys & lots of lawyers. It therefore won't surprise you that in our house, we had an unofficial motto: "Often wrong, but never uncertain." And for many years, we lived our lives in strict accordance with that mantra. The arguments around our dinner table were intense, loud, admittedly eloquent, and insanely close-minded! But, they were convenient. Because living with contradiction or uncertainty can be hard. Of course, the truth is my family really wasn't unique in its approach.

The vast majority of Americans live according to a similar motto every day, whether or not they know it. For example, if you're politically conservative, you probably watch Fox. If, on the other hand, you lean to the Left, you likely watch CNN. The same is true for what people read - it's typically either The Wall Street Journal or The New York Times, it's usually not both - though I'd argue it should be.

Too often, adults of all ages on topics of all varieties, rely on sources that are from a perspective that simply re-enforce their existing opinions; it's called "confirmation bias" and it happens all the time in a number of different settings - personal, professional, political & yes, academic.

Yet in almost all cases, there really are two sides. Commit yourself to having a truly open mind as you consider various arguments and evaluate the relative merits of each. To be clear, I'm not suggesting that everything is relative & that just because there are two narratives, they're both equally legitimate. For instance, the fact that a Neo-Nazi might argue that the Holocaust didn't happen or that Jews deserved such treatment doesn't make that historical revisionism or morally repugnant view right. But the extreme examples tend to be rare. More often, reasonable people can disagree, and both can have reasonable views.

Sadly, we live in an age where changing one's mind is often considered a sign of weakness, a character flaw; but assuming it's not in the context of pandering to voters, maybe adopting a new position is just the opposite - a reflection of strength, a demonstration of intellectual integrity. It isn't easy to genuinely "hear" those who oppose your view - in fact, it's often incredibly hard. Imagine the feelings of those personally connected with the issue of gay marriage today. Or think back to the school we visited in Jerusalem, Hand-in-Hand, in which Jewish children and Arab children learn together. Those classroom conversations must be very uncomfortable at times & absolutely infuriating at others. And yet, they're critically important. In the end, it's good to have an opinion - even a strong one & to take a stand. But resist the temptation of drifting towards cognitive complacency. Keep asking, keep vetting, keep challenging, keep considering -- because every coin has two sides.

Finally, perhaps what matters most, matters of the heart. At the conclusion of the annual trip to Poland & Israel, we have an Emery tradition called the final friendship circle. Late at night, we sit outside in a park overlooking the Old City of Jerusalem & every student is allowed to speak - just once, about whatever they want, for however long they want. All those present pledge not to disclose details of what's said in the circle, but I can share this:

This year's experience was unusually powerful because we saw parts of people that in many cases we simply did not know existed. There was pain, there was fear, there was love; there were situations, conditions & challenges revealed that had previously all been completely hidden. In other words, notwithstanding how long & how well all of you know each other, in that circle on that May night, many of you discovered things about classmates that were completely new - things that had been unseen because they were face-down.

We are so quick to assume we know someone based on their side that's face up - and we often judge them by that side; but in fact, every one of us has a side that's not on display. And that side may be instrumental in determining who & how we are at a given time. So my final piece of advice is this: Embrace empathy. Make it a hallmark of how you live your life, and try to be generous in your assessment of others; because like a coin, every person has a flip-side - a back-story filled with experiences & emotions that impact them and yet which may not be obvious or even visible to others, perhaps ever.

In sum: Maximize the you that's been minted; always keep an open mind; and always have an open heart - these are the three lessons I hope Emery has taught you & that I hope will continue to resonate as you consider the coin on the back of the diploma we're about to award you.