Behind every great band there's often great drama, and Fleetwood Mac was no exception. The band marked the 70s with huge hits, including its album Rumours, which produced four top-ten singles, stayed on the charts for 31 weeks, sold over 40 million copies and won a Grammy Award for Album of the Year in 1977. But Fleetwood Mac's creativity and rise to stardom was marked by chaos: divorce, infidelity, intense creative struggles, and endless partying, which nearly tore the band apart.

In Making Rumours: The Inside Story of the Classic Fleetwood Mac Album, Ken Caillat chronicles what went on behind the scenes with band members Christine and John McVie, Mick Fleetwood, Lindsey Buckingham and Stevie Nicks, and how the band overcame obstacles despite adversity. "All of us were in our 20s," says Caillat. "We were young and kind of wide-eyed. Success hadn't struck anyone yet. I actually don't think this book should be called a music book, It's really a success story about personal triumph. And I was really lucky to be there."

Caillat has worked with a number of notable artists, including Paul McCartney, Joni Mitchell, Herbie Hancock, and his own daughter, Grammy-winning singer Colbie Caillat. (Caillat produced her number one album, Breakthrough.) Making Rumours coincides with the 35th anniversary of the release of Rumours.

I recently spoke with Caillat about Fleetwood Mac and the evolution of the music business.

I was struck by the amount of drama that went on with Fleetwood Mac. It was like a bad, dysfunctional marriage.

It's so true. They were like husbands and wives who were connected through money and kids, but couldn't get a divorce and were always at each others' throats. There was the constant pain of "he cheated on me" or "he's leaving me" or "he hates me" or "I hate him." John McVie would come into the studio and see Christine after she'd already left him for someone else. And every time John would see her, it would just kill him. He still wanted her, but she didn't want him because of his drinking. There was constant drama.

A lot of it was heightened by a pretty hefty amount of drug use. As you wrote, there where "the smokers and the drinkers, divided by the Atlantic Ocean."

Despite their interpersonal problems, they managed to become superstars with "Rumours."

The album before that, the White Album launched them, with the songs Rhiannon, Over my Head and a couple of others that went viral right away. It also brought the new voice of Stevie Nicks to the forefront. When Rhiannon started getting air play, I got a call to help them re-mix the album for radio. I really didn't know Fleetwood Mac before that.

And it was while we were were doing Rumours that Rhiannon started climbing in the charts. One day we got a call from one of the band's managers, who said, "Look you guys, I have to have a serious talk with you. Looks like the White Album is going to be a big hit. If you can do this twice in a row -- if you can make the current album Rumours as big of a hit as the White Album -- you'll have two hits in a row and you'll be superstars."

It's kind of extraordinary to be in the studio while an artists' album is doing really well. From that day on, things changed. Everyone in the band started to re-examine their roles. They decided that even though they were all trapped together in divorce mode, they were going to make it work and make the best of it.

And they did make the best of it. They persevered despite themselves to make a colossal hit.

Yes. In fact, I consider it one of those great American stories about people who are unwilling to give up. That was the what really struck me about making Rumours. Their incredible commitment despite their own struggles.

The music business has changed a lot since Fleetwood Mac's heydays. It's become far more commercialized, with shows like "American Idol" and so forth. As someone who's been in the business for decades, how do you see things changing?

"American Idol" is a bad thing for the industry in a lot of ways. It's all about the glam and the money, for one thing. And it certainly doesn't promote individual creativity. It's all about singing everything that's already been done, in every style, for everybody. It's not really real. It's not about creativity or authenticity, or stepping outside the box. Joni Mitchell, for example, would have never made it on "American Idol," never mind many other incredible musicians.

We boomers not only grew up before days of pre-fab stardom; we also had the vinyl experience: We'd sit down with an actual album, read the lyrics, look at artwork, and really listen. It was a whole different musical landscape.

We used to put on records that made us feel a certain way -- that evoked emotions or corresponded to them. Now all kids care about is their play list. I think there's something the music business is doing wrong: They're not teaching people to listen. When we got away from speakers, we got away from the listening experience. Music is now more of a personal experience where you don't talk to anybody or experience things because you listen on headsets or ear buds.

It's more asocial - even though it's more convenient and portable.

That said, vinyl is making a bit of a comeback. Do you think the musical experience will swing back? 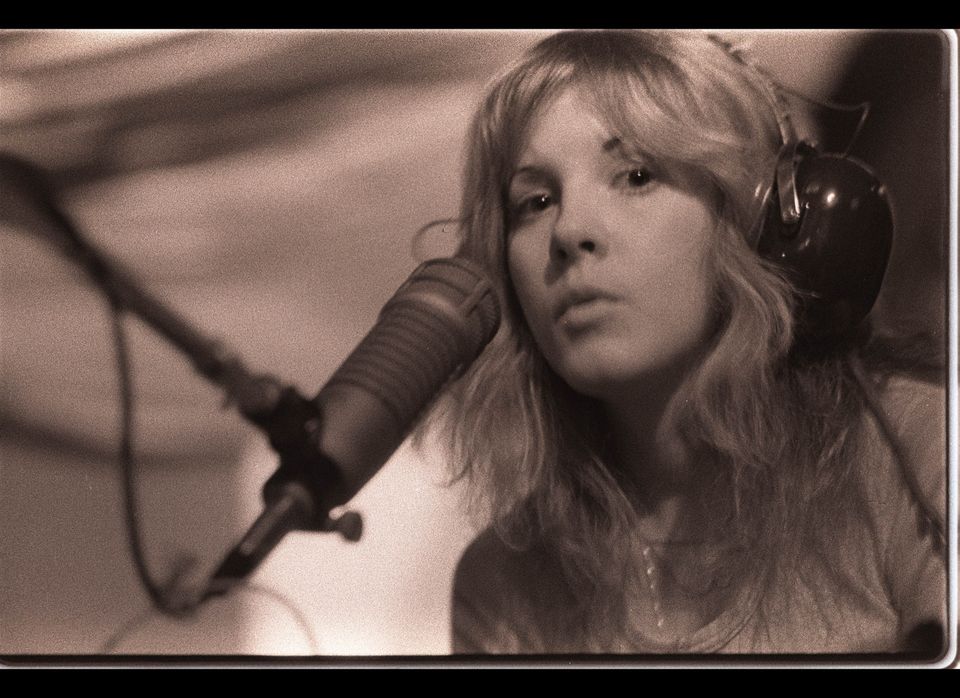