Did California just get a glimpse of what future sea level may look like? California experienced King Tides, especially high tides, during early February. The King Tides come three times a year, predicted because of the orbit and alignment of the Earth, sun, and moon. I was interested in tracking them because I am an advocate for low-lying islands and coastal communities, and I frequently write about issues facing these islanders from an eyewitness perspective. The timing of the latest King Tide in California turned out to be poignant, as the Solomon Islands experienced an earthquake and subsequent tsunami that took lives and again challenged the world to think about the way communities are shaped and sometimes traumatized by the water.

Islanders who live mere inches or feet above sea level tell horrific stories about the King Tides, which bring waves crashing over sea walls, flooding homes, and sometimes washing over entire islands. So for me, King Tides were the stuff of legends. While I knew they occurred all over the world, I thought about them mostly on the drowning islands, such as Kiribati and Tuvalu, that poke just above sea level. For this King Tide season, I decided to stay close to home in California's Bay Area, chasing waves in my own backyard with a photographer.

I wanted to explore the extent of California's vulnerability to sea level rise through the use of the elevated waves, showing what's to come in the future as climate change continues. I really didn't know what to expect, but thought it would be an interesting way to examine the differences and similarities between my home and the low-lying islands around the globe when it comes to dealing with big waves.

Check out the photos and feel free to send comments and let me know your thoughts. Special thanks to Jamie Jones of Jamie Jones Photography for the incredible photos (and for waking up very early all three mornings of the King tide) and our contest winner, Tracey Coleman, for her beautiful contribution with her photos from San Clemente.

Read more of the story here. 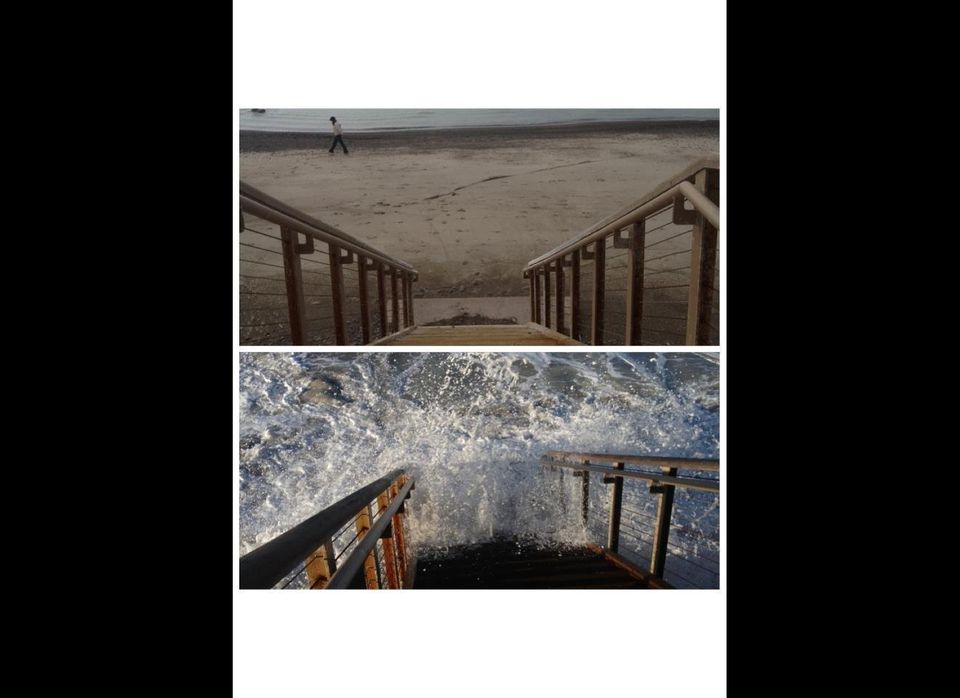