At six feet, Adrian Smith is fairly tall for an architect.

Smith planned the Burj Khalifa while he was with Skidmore, Owings & Merrill; he's now at Adrian Smith + Gordon Gill Architecture. He took a few minutes to speak with The Huffington Post by phone from Saudi Arabia, where it was 115 degrees Tuesday when Prince Alwaleed bin Talal, King Abdullah's nephew and the chairman of the Kingdom Holding Company, announced that the construction will begin soon.

The tower, which will cost $1.2 billion and take 63 months to build, will include a Four Seasons hotel, apartments and condominiums, office space and the world's highest observatory. It will be at least 568 feet taller than the Burj Khalifa.

Why does the world need a new tallest building? Why the focus on this distinction? There's something very special about being the world's tallest building. Everyone wants to be able to do one. I think in this situation there is a development going around the tower -- a $29 billion development -- and this tower acts as a catalyst for that development. Putting such a tall tower in first actually increases the land value around the tower, so even if you don't make a lot of money on the tower itself you'll make money on the land.

On the cost of the tower itself, $1.2 billion, how does that compare with what you might find in the U.S.? Well, New York is a very expensive place to build. In the Middle East you have very inexpensive labor and they work three shifts, so they keep going all around the clock. That helps keep the cost of construction low here. But it's comparable to Chicago, and other parts of the U.S.

Was the sky terrace a demand from the owner, or is it something you're happy with having on the building? The idea started out as a helipad, and we came up with the projected, cantilevered dish. And then we started talking to pilots and they said, 'Well, up at that height it's going to be pretty difficult to land.' But the owner and we liked it so much that we thought we'd keep it as a sky terrace. It'll have a little garden; don't forget, six months of the year here it's a beautiful climate. The winter here, temperature wise, is a lot like living in California.

On a building like this, where it's by definition entirely new, what are the precedents and influences? What struck us is that Saudi Arabia is trying to open itself up to more business and more opportunity. So we thought about the fact that this is a new vision for Saudi Arabia, and the idea of newness struck us. We thought about how the palm tree, when it's just starting out as a plant, it will grow to a point and then the prongs will separate. The building is not a replication of that but the idea influenced us. 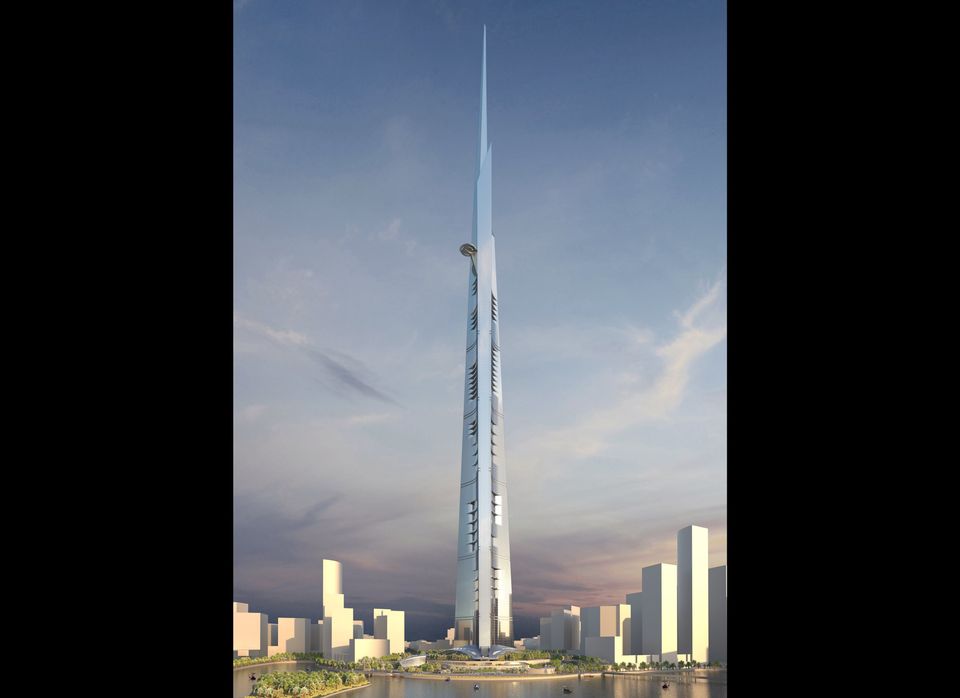