LOS ANGELES -- The old adage is age before beauty -- unless you're talking about broadcast news. A local meteorologist is suing CBS corporation and Los Angeles affiliates KCAL and KCBS for age and gender discrimination, claiming that stations are rejecting wisdom and experience in favor of pretty faces.

Kyle Hunter, an award-winning meteorologist with over 20 years of experience, says that his repeated attempts to apply for two open weather broadcaster positions were ignored or rebuffed because CBS was only interested in hiring young, beautiful women without regard to their qualifications.

The lawsuit documents [PDF] allege that Hunter, who has a bachelor's degree in geosciences and broadcast meteorology and is certified by the American Meteorological Society (AMS), was unfairly passed over because CBS wants to attract more male viewers to their primetime news programs with sexy newscasters.

Hunter is being represented by lawyer Gloria Allred, who says the case may be the "first of its kind" because a man is claiming discrimination based on his age and gender. Her statement, in part, reads:

There are many individuals in broadcast news who fear filing a lawsuit alleging employment discrimination because they worry that they will be retaliated against and be blackballed if they assert their rights to be free of discrimination.

Kyle has decided to proceed today because he is concerned not only about the denial of his employment opportunity, but also because he is worried about what he considers to be a trend in television news to hire young women as weather broadcasters in prime time while denying qualified male meteorologists the opportunity to be considered for those jobs.

Hunter claims that when he learned of longtime weatherman Johnny Mountain's departure from KCBS in 2010, he reached out to inform the station of his interest in applying for the position. KCBS never responded, and in fact ended up hiring Jackie Johnson, a weathercaster from KCAL.

When KCAL started searching for someone to fill Johnson's vacant position, Hunter again reached out -- only to receive an email stating that there was "not an opening for you here now." KCAL ended up hiring Evelyn Taft as their new weathercaster, and the lawsuit claims that the station had to drop its American Meteorological Society certification requirement in order to do so.

According to Johnson's KCBS profile, she attended the University of Southern Alabama and concentrated on meteorology, but ended up getting her degree in broadcast journalism from Middle Tennessee State University. She has also been a weathercaster for two other stations in Miami and Tallahassee, Florida.

KCBS's Facebook page has photo albums of both their anchors and their reporters, but Johnson is the only broadcaster who is singled out with her own one. Her fans have commented on the photos, saying things like "please do playboy jackie" and "my 17,and 14..old boy watch cbs just too c her lol."

The slideshow below contains screenshots of KCBS's official Facebook page and the photos in Jackie Johnson's photo album.

Allred is the go-to attorney for high-profile cases of sexual harassment or discrimination. Her past clients include Sharon Bialek, the woman who accused presidential hopeful Herman Cain of sexual harassment, and adult film actress Ginger Lee, who had exchanged explicit emails with Rep. Anthony Weiner.

The complaint is frivolous and based on gross misstatements of fact. There was no need for the stations to interview someone we were already well aware of. The forecast calls for a vigorous defense by CBS and an early dismissal of the complaint. 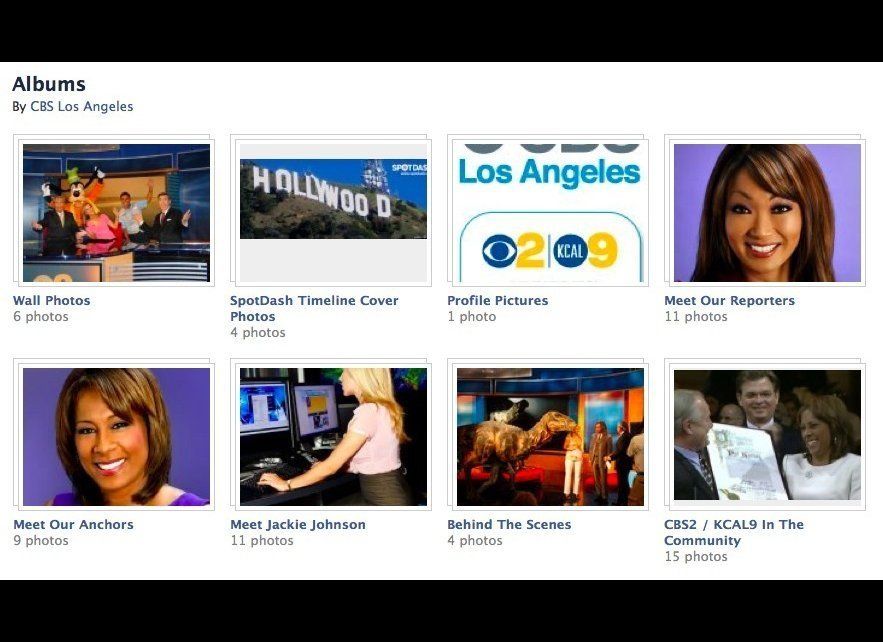