A new report detailing a state inspection of a private prison in Ohio describes gang-related violence so commonplace and drug use so rampant that many guards are afraid to intervene -- instead, they are leaving their jobs at an alarming rate.

The harrowing report released last month on conditions inside the 1,700-bed Lake Erie Correctional Institution describes a tableau of dysfunction, lending confirmation to two previous audits that identified widespread problems at the facility.

In interviews with The Huffington Post, current and former correctional officers at the Lake Erie prison confirmed the findings in the state report while describing their own fears about going to work at the institution.

"It was common for us to speak about who was going to die first," Paul Reynolds, a former correctional officer at Lake Erie who says he was released last year because of disagreements with CCA management, told HuffPost. "They were afraid to get sued for any little thing, so management basically tied our hands on everything. Within three months, we lost that prison to those inmates."

The report's findings offer ammunition for those decrying the trend toward privatizing prisons -- not only in Ohio, but across much of the country -- as strapped communities seek to raise revenue and minimize costs by handing control of inmates to profit-making entities.

"I'm not surprised at all that they're having these problems," said Travis Pratt, a professor of criminology and criminal justice at Arizona State University who has studied private prisons. "The issue of turnover is an extremely important facet. The new people that come in don't really know the lay of the land yet. They don't know the inmate population well; they don't know what behaviors are acceptable and what aren't acceptable."

Corrections Corporation of America, which bought the Lake Erie institution in late 2011 for $73 million, has touted the purchase as a model of the benefits of prison privatization, arguing that it saves state taxpayers money while elevating the welfare of inmates.

But experts have challenged those claims, arguing that cutting major costs inside a prison -- such as activities for inmates and wages for personnel -- inevitably lowers the quality of operations and injects safety risks.

The state report concludes that one-fifth of personnel at the Lake Erie facility are now leaving in the course of a year, typically replaced by less-experienced staff.

"Our turnover ratio is through the roof, and half the time we're short-staffed," the employee said. "We're supposed to have four people out on the yard, but we're lucky in most cases if we have one."

In a written statement, a spokesman for CCA maintained that Lake Erie is a well-run institution, adding that management is committed to identifying and addressing any problems. The spokesman, Steve Owen, said the company has worked with the state to enhance security through additional fencing and surveillance cameras.

"We remain committed to providing the best service possible for our government partners and the taxpayers they serve," he said, arguing the company provides "safe, secure housing and quality rehabilitation programming at a significant savings to taxpayers."

Interviews with staff and inmates cited in the state report "all indicate that personal safety is at risk" in the prison, according to the audit, and "assaults, fights, disturbances and uses of force have all increased in comparison to prior years."

The root cause of the problem, investigators said, is that guards fail to properly control and discipline inmates who start fights or are found in possession of drugs, creating a lawless atmosphere inside the prison.

Private prison companies such as CCA, the nation's largest, seek to house a growing share of the nation's inmate population, from state-level offenders to undocumented immigrants. The industry has grown by convincing state and federal lawmakers that they can cut incarceration costs by operating prisons more efficiently.

CCA's purchase of the Lake Erie institution was the first-ever sale of a public prison to a private firm. The company took over operations in January 2012, and used the Ohio prison purchase in a nationwide sales pitch urging other states to sell off prisons as a way generate cash and trim budgets with CCA's "safe and efficient" management approach.

But within the first year of operations, state auditors in Ohio deducted nearly $500,000 in payments to the company due to inadequate staffing and other contract violations. Among the state's findings from an audit last fall: Inmates in isolation had no access to running water or toilets, and were forced to defecate in plastic bags.

A follow-up audit late last year found some improvements with cleanliness and maintenance. CCA management stressed the company's commitment to safety in news releases and community meetings in Conneaut, Ohio, where the prison is located.

But during a surprise inspection in late January by an independent state prison monitor, requested by local legislators, investigators discovered that the problems with violence, drug use and inexperienced staff at the prison had persisted.

Ohio state Rep. John Patterson (D), who represents the area, said he requested the inspection after hearing from many constituents about safety problems inside and outside the prison. He said CCA has been more responsive to the community in recent months, but said he has some philosophical doubts about whether selling prisons to a private company makes sense.

As part of the deal, CCA obtained not only the prison but a 20-year management contract to house inmates for the state and an initial guaranteed 90 percent occupancy rate. (The state has the option of renegotiating the occupancy rate down the line.)

Inmate-on-staff assaults more than quadrupled from 2010 to 2012, according to the inspection report, and inmate-on-inmate assaults nearly tripled during the same timeframe. The number of assaults in 2012 was much higher than the average at comparable prisons in Ohio.

Owen, the CCA spokesman, pointed out in a statement that the three-year analysis would have included increases in assaults before CCA took over the facility. He also pointed to state data showing that gang activity at the facility had decreased in 2012.

The state report, however, noted that CCA was possibly under-identifying gang activity at the prison.

Many inmates and staff interviewed as part of the investigation by the state prison monitor, the Correctional Institution Inspection Committee, said they felt unsafe in the institution.

The current correctional officer at Lake Erie told HuffPost that management has dissuaded guards from physically intervening when problems start to escalate, giving inmates confidence that they can get away with violations. The current employee said the policies, combined with inexperienced new staffers due to turnover, have allowed gangs to fester and prey on weaker inmates.

Just recently a group of inmates jumped and beat up another prisoner who was walking from the commissary back to his dormitory, the employee said. They stole his valuables -- a box of ramen noodles and some hygiene supplies -- because there weren't enough officers on hand to control the situation, the employee said.

Some inmates have become so afraid that they are requesting to go into isolation -- being locked up 23 hours a day -- just to protect themselves from gangs, the employee said. The number of prisoners in the segregation unit this week was at an all-time high, according to the employee, a trend also noted in the inspection report.

"It's clear that we don't run the facility over there any more," the correctional officer said.

Some of the increased violence may be due to a lack of activities inside the prison. Inspectors found that there were a large number of inmates on waitlists for academic programs, and that areas originally reserved for prisoner re-entry classes had been converted into bed space to accommodate a larger prison population (CCA took on 300 more inmates after purchasing the prison.)

The library was open less and had far fewer materials per inmate than other state prisons, according to the report. The report pointed out that GED and certificate passing rates were high, however, despite the backlog in classes.

Prisoners at Lake Erie also tested positive for drugs at nearly double the rate of inmates at other Ohio prisons. The inspection report found that 13 percent of inmates tested in a recent monthly screening had positive results. Last year, an inmate died from a heroin overdose, according to the local coroner's office.

As drug use has increased at the prison, the town of Conneaut has contended with a major uptick in police calls near the prison -- mostly outsiders caught throwing duffel bags filled with drugs, alcohol and cellphones over the fences for inmates to retrieve.

Local police responded to 229 calls related to the prison last year, nearly four times as many as the previous five years combined, according to the city's crime data.

Reynolds, the former correctional officer, said the increase in smuggling is a clear sign of the discipline problems inside the prison.

"When people clearly start coming up to a fence line and throwing things over, there's a breakdown internally," Reynolds said. "It lets the inmates say to their boys on the outside: 'This is a free-for-all. Come up to the fence. Nothing is going to happen to you.'"

Responding to the inspection, CCA has promised to correct many of the problems. The company started a "back to basics" committee with the state Department of Rehabilitation and Correction meant to improve training of correctional officers.

The company also pledged to build a new internal fence in the prison yard that will prohibit "direct inmate access" to the perimeter fence.

"Management and staff have worked closely with local and state law enforcement officials with positive results," Owen, the CCA spokesman, wrote in a statement.

JoEllen Smith, a spokeswoman for the state Department of Rehabilitation and Correction, said department officials "made it very clear that we expect improvements to continue."

"We believe the plan presented by CCA to the (state) will resolve many of the current issues and improve overall operations moving forward," she said.

Neil LaRusch, a local councilman in Conneaut, said he has patiently listened as CCA officials describe problems at the facility as "growing pains." But he said the continued violence and crime associated with the prison point to a clear need for change.

"If this kind of problem persists, it's obviously a problem at the management level, and something needs to be done about it," LaRusch said. "They're saying it's just a first-year hiccup. Well, that's a pretty damn big hiccup." 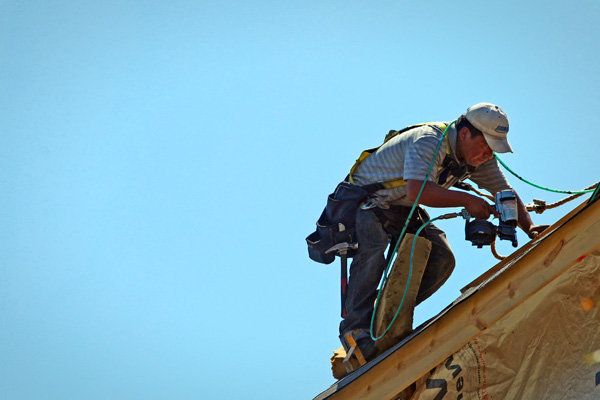