Last night, a lava breakout in Hawaii flowed into the Pacific Ocean after creeping toward the coast for weeks.

The flow, which originating from Kilauea volcano’s Puʻu ʻŌʻō vent, officially made contact with the water at 1:12 a.m. HST on Tuesday, according to the USGS Hawaiian Volcano Observatory.

Videos and photos of the rare occurrence show the bright red, 2,000-degree lava cascading down the rocky southeastern coastline of Hawaii’s Big Island, producing clouds of steam as it enters the water.

Though volcanic activity constantly blows our minds on the Big Island, this phenomenon puts all others to shame. See for yourself in the photo slideshow below:

This particular breakout began in late May and has been moving slowly toward the coastline for several weeks. Lava enthusiasts have been eagerly waiting to see if the flow would actually reach the ocean. It’s been nearly three years since lava flowed into the sea on the Big Island.

When molten lava meets water, it cools quickly, hardening into rock. Essentially, you’re witnessing the island growing larger by the minute. The water, on the other hand, heats up to very high temperatures, producing steam.

And while it’s fascinating and beautiful, it’s also incredibly dangerous.

Though there are boat tours and walking tours that approach the phenomenon, the U.S. Geological Survey website urges visitors to keep a safe distance from the flow and the surrounding area, both from the water and on foot. In addition to the ground being highly unstable and uneven, “venturing too close to an ocean entry exposes you to flying debris created by the explosive interaction between lava and water,” USGS writes on its website.

Kilauea is one of the world’s most active volcanoes, and it has been continuously erupting for more than 33 years. Though it currently poses no threat to residents of the Big Island, it claimed one home and threatened a small community in 2014. 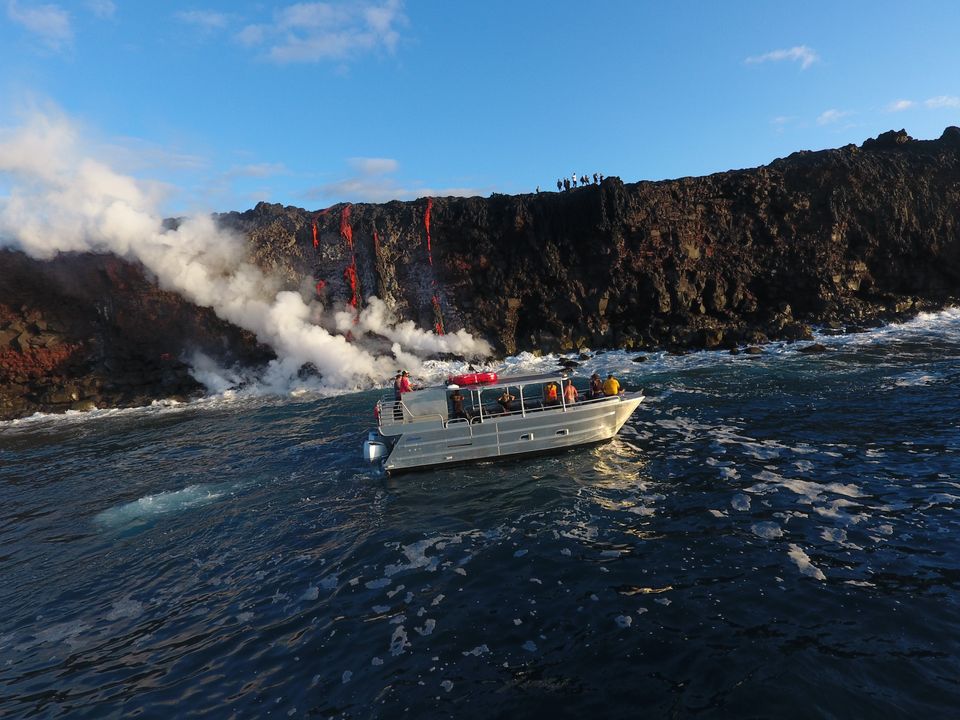