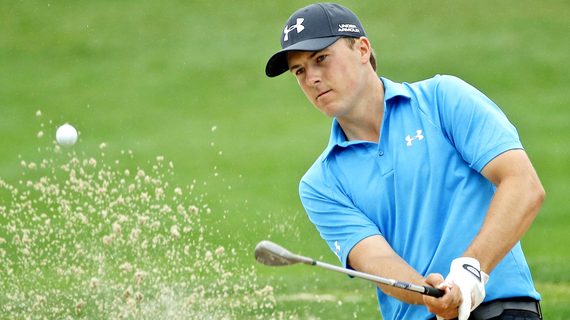 The world of golf was abuzz this weekend when a kid who can barely order a beer won the first of golf's four major tournaments, the Masters. Jordan Spieth was the runaway winner of the tournament, reminding me that there's much to learn from a weekend of golf. Here are the top five-and-a-half takeaways from a record-breaking Augusta weekend:

1. Youth movement. At 21 years young, Spieth is now the No. 2 ranked golfer in the world, behind 25-year-old Rory McIlroy. In a game stereotypically reserved for stuffy old guys wearing goofy pants, there's a movement to a younger and more athletic player. The business world is in the midst of a similar trend -- young guns are coming into the office with a technological advantage, increasingly becoming business leaders. Rather than view them as the competition, see what you glean from their perspective.

2. Everyone loves a comeback. It's not just the young guns playing well. The ageless Phil Mickelson looked very sharp, finishing in second place, and even the much-maligned Tiger Woods was in the mix over the weekend. Slumps happen in the professional world just as they do in sports, but thankfully, we don't have to go through our slumps on national TV. If you're in a funk, keep at it and channel your inner-Phil.

3. It's hard to be on top. Since the Masters began in 1934, only five players have won the tournament wire-to-wire. This makes Spieth's feat even more impressive and it reminds us that being on top is tough, but staying on top when everyone is gunning for you is even tougher. Kodak used to rule the photography world, AOL used to be king of the internet, and if you look back between 1880 and 1960, Sears was the top retailer. It's hard to stay in first place, and when everyone is trying to take you down, it requires laser-like focus.

4. If you have a good plan, stick to it. Last year, Spieth was runner-up to Bubba Watson; in the interview after the tournament, he was asked if he was disappointed. His response was surprising. He indicated that he wasn't discouraged because the runner-up finish showed that his plan was working. So if you aren't getting the results you are looking for but believe you have a good plan, hang in there. You just might be the champion next year.

5. Execute the things you're supposed to. Some other golfers looked better than Spieth at moments. In fact, Dustin Johnson had a Masters record three eagles in one round. But he mixed in plenty of bogeys and finished in sixth place. Spieth may not have had the top highlights of the week, but he was steady and made the putts he needed to make. If you do things you're supposed to do in the professional world, you increase your chances for success greatly.

And five-and-a-half: Look good wearing green. If you win the Masters, your reward is a hideous jacket, so be ready to win and wear something that complements green!