SINGAPORE -- The Western press has been relentless in trotting out the opinion that Lee Kuan Yew has built Singapore's undeniable economic success while trading off fundamental civil liberties.

Much as I understand that it is in the West's fundamental DNA to assert certain inalienable freedoms, as a Singaporean I strenuously object that there has been any such trade-off.

Some of my Western friends who have never lived here for any period of time have sometimes self-righteously proclaimed, no doubt after reading the cliches in the media, that they could never live under the "stifling and draconian" laws that we have.

In short, are you a civilized person who wants to live in a civilized society? Because the things you cannot do in Singapore are precisely the sort that civilized people should not do anyway. If you are civilized, you have nothing to fear here.

But maybe, like the Western press has been proclaiming these last few days in their commentaries of Lee, you fear that you could be locked up because we do not have freedom of speech?

What is it that you want to say?

Or maybe you want to tell lies about our public figures, accuse them of corruption when you have no evidence to back that up, or accuse them of stealing, cheating or all manner of untruths? If so, then be prepared to get sued for libel. Even if Western societies think that you can say these things about your political figures, we don't and we are better for it. 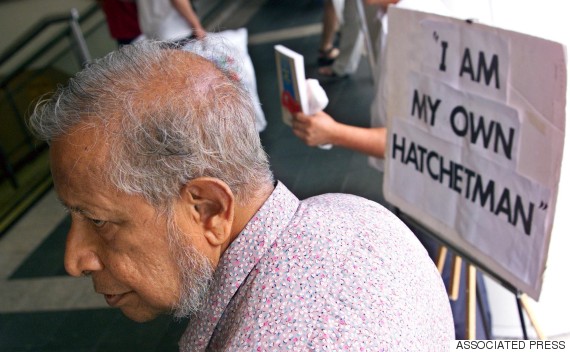 Former politician and opposition leader J. B. Jeyaretnam tries to sell copies of his books on March 30, 2003 after being declared bankrupt and losing his legislative seat. (AP Photo/Bryan van der Beek)

And what about those political opponents of Lee that have been bankrupted, allegedly because they were such formidable foes? No such thing. J.B. Jeyaretnam and Chee Soon Juan may be the martyrs much adored by the Western press, but have you heard of Chiam See Tong, the longest serving opposition member of parliament who won six consecutive elections against Lee Kuan Yew's People's Action Party? Or Low Thia Khiang, who not only won five consecutive general elections, but in the last one, in 2011, led a team that unseated the incumbent minister of foreign affairs and the first-ever female cabinet minister? Neither of those opposition MPs have ever been sued, much less bankrupted. In fact, in 1981, Chiam won an unprecedented libel lawsuit against Lee's foreign affairs minister.

Yet you would never have heard of them, or have chosen not to, because it doesn't fit the Western narrative that Lee Kuan Yew stifled legitimate opposition through lawsuits. It doesn't suit your narrative of trade-offs. The fact is that every single opposition politician who was successfully sued for libel had engaged in the type of politics that we do not want -- the kind founded on vicious lies being told in the name of political campaigning.

What about detention without trial? Again and again, ad nauseum, the Western press has used the example of Operation Coldstore, where over 100 left-wing politicians were arrested on the suspicions of being communists in 1964, to bolster its narrative of Lee Kuan Yew as an autocrat. But what about Operation Demetrius, the 1971 British military operation where hundreds of people suspected of being involved with the IRA were detained without trial? Or -- closer to the present -- the thousands of people who have been interred without trial by the U.S. in Guantanamo Bay on suspicion of terrorism?

The point is that, first, detention without trial is not something unique to the Singapore government. Countries need to make their own judgements about applying such laws when they feel security is threatened and the normal judicial process is inadequate. In the 60s and 70s, communists inciting armed revolution were Singapore's greatest threat. Whether these people were indeed communists will be a question no doubt debated endlessly by historians, but in the same way as whether the hundreds arrested in Northern Ireland were indeed IRA members, and whether the thousands in Guantanamo Bay were indeed terrorists. If the use of detention without trial made Lee an autocrat, then let those who have not sinned cast the first stone.

So wither the trade-off? How are Singaporeans not free?

I'll tell you what freedom is. 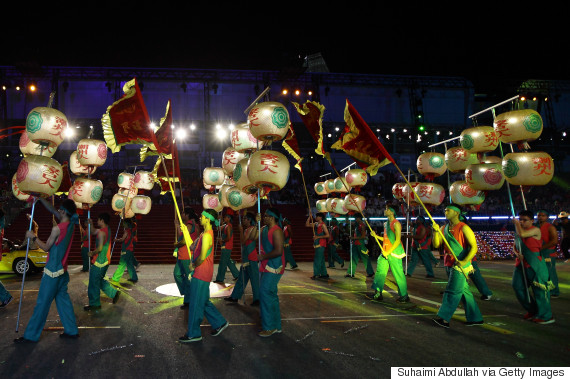 Performers dance down the street on February 14, 2015 in Singapore during a parade that celebrated the importance of multicultural unity. (Photo by Suhaimi Abdullah/Getty Images)

Freedom is being able to walk on the streets unmolested in the wee hours in the morning, to be able to leave one's door open and not fear being burgled. Freedom is the woman who can ride buses and trains alone; freedom is not having to avoid certain subway stations after night falls. Freedom is knowing our children can go to school without fear of drugs, or being mowed down by some insane person with a gun. Freedom is knowing that we are not bound by our class, our race, our religion, and that we can excel as the individuals that we are -- the freedom to accomplish. Freedom is living in one of the least corrupt societies in the world, knowing that our ability to get things done is not going to be limited by our ability to pay someone. Freedom is fresh air and clean streets, because nothing is more inimical to our liberty of movement than being trapped at home because of suffocating smog.

These are the freedoms that Singaporeans have, freedoms that were built on the vision and hard work of Lee Kuan Yew, our first prime minister. And we have all of these, these liberties, whilst also being one of the richest countries in the world.

There was no trade-off.