Salmon Lake is a sapphire blue gem in western Montana. In an old weathered wooden box, close to a small landing, there is a bell. Just minutes after you ring, two camp counselors, from across the narrow wind whipped channel, arrive with a boat. They always come to get you with big smiles. 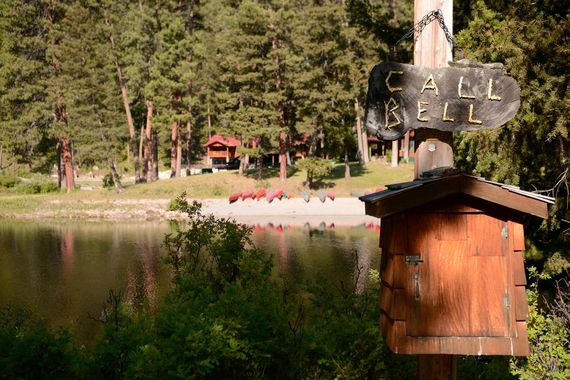 Every Tuesday, during summer, a group of priests arrive in the early afternoon to hear confessions at the youth camp.

Legendary Lodge is an attractive collection of very rustic cabins, marvelously situated at the foot of a towering peak. It now belongs to the Foundation for the Diocese of Helena but used to be one of the summer residences of William A. Clark, one of the notorious early 20th Century Butte Copper Kings. 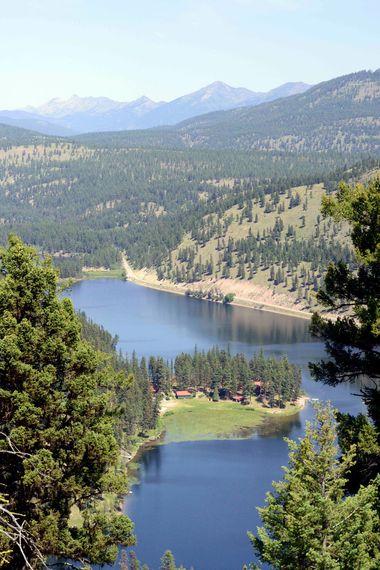 Mowitza, as the compound was then named, witnessed, in 1919, a very dramatic episode in Clark family history. When she was 16, Andree had a sharp argument with her mother Anna, the Copper King's second wife. As an apology, Andree wrote a letter that I easily consider one of the most profoundly moving expressions of love from a daughter to her mother. Before a full reconciliation could take place, the family moved to their sumptuous estate in Connecticut where meningitis took Andree's life with lightning speed.

Andree's tragic death, following the silly argument, as well as her stunningly written diaries were to haunt William and Anna Clark for the rest of their lives. The main lodge at Legendary has become for me a symbol of the sacred urgency of reconciliation.

I spend the Tuesday afternoons listening to adolescents and young adults. They open their hearts. They, freely, explore their souls. As their lives are just beginning, they ask some of the most important questions of life.

As I listen fragments of a rich mosaic begin to appear:

Consciousness: British author, Karen Armstrong is inarguably one of the most brilliant historians of religion today. She shows, systematically, that all predictions of religions' demise have consistently failed. She argues that religion communicates to an unconscious psychic reality without which the human experience remains entirely incomprehensible.

Einstein famously said that no problem can be resolved at the same level of consciousness at which it had been caused. In prayer, in solitary walk, in contemplation on the holy mountain, the youth discover new levels of consciousness that make them feel more fully alive, and show them new perspectives on life. 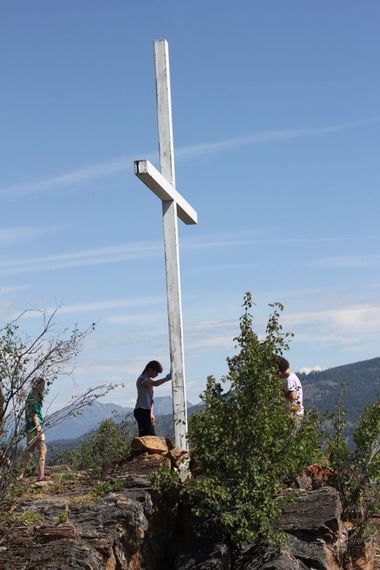 Social awareness and protection of the environment: To a much greater degree than mine, I hear a generation that cares deeply about justice and the planet. At the camp they learn that the foundational motivation for both priorities is not ideology but love.

Respect: The social media culture promotes the lethal skills of bashing and demonizing. The temptation to judge others is gaining strength while tolerance is fading. On Tuesdays, I listen to young people in the process of discovering the widespread human propensity to prejudge. Their struggle with it is particularly significant because there is no correction possible without self-awareness. The teaching, "do not judge," is absolutely central to the Gospel they study. 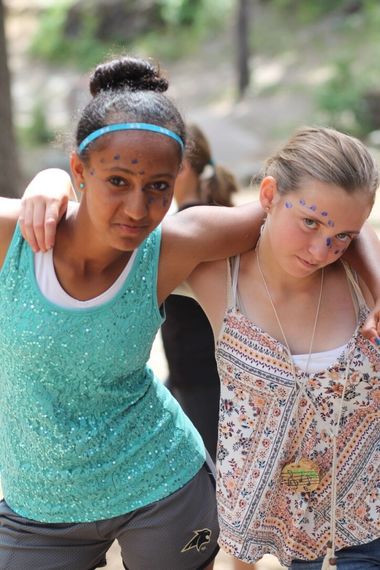 Belief: The urge to belong seems to have a much greater power over us than the need to believe. As a result what we think tends to be formed by the kind of group to which we belong. Our deep tribal instincts have not served us well lately. They have made it vastly too easy, since antiquity, for politicians and ideologues to manipulate and divide us. Propagandists with all kinds of opinions and huge audiences, tell us what to believe and very much discourage independent thinking. At the Lodge the youth learn to listen carefully to others with different views before reaching any conclusion. They experience the art of conversation. When they discover the seminal Socratic method of enquiry their learning and thinking capacities are transformed.

The Pursuit of Goodness: In a society that severely lacks any generosity in offering gifts of hope, the camp participants show abundantly that becoming a good person remains to them a highly inspiring ambition. They begin their promising journey by primarily focusing on how to improve themselves. It represents forms of wisdom and maturity that many adults have long lost or never possessed.

"There is just no substitute in life for passion." This was the beautiful explanation I received from a very capable young woman to my question: "How did you decide to forego a much larger income to become a campus minister?"

The dialogue occurred last year at a week-long university ministry conference in New Mexico. I learned many very valuable lessons during those days. None was more important than the role of passion among the young in the process of becoming a good person.

On Tuesdays by Salmon lake, I listen to the young and passionate tell their own stories of renewed hope for a brighter future. How beautiful is their song! 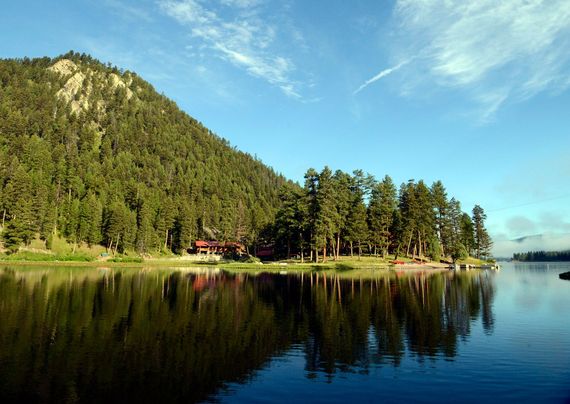